Bridal Couture Week 2016 featured the latest bridal extravaganza, celebrating couture styles, with the stars of the entertainment industry as showstoppers.

"The architecture influences in the form of embellishment and cutwork is everything in this collection."

With the best designers and couturiers at the Q-Mobile HUM Bridal Couture Week 2016, the ramp was full of Pakistani craftsmanship and exquisite extravagance.

A string of royalty brides hit the ramp, while beautiful celebrities gracefully displayed the latest themes.

Faletti’s hotel, Lahore, hosted these dazzling sequences, which were packed with energy and vibrancy.

DESIblitz explores some of the showstopping themes of HUM Bridal Couture Week 2016. 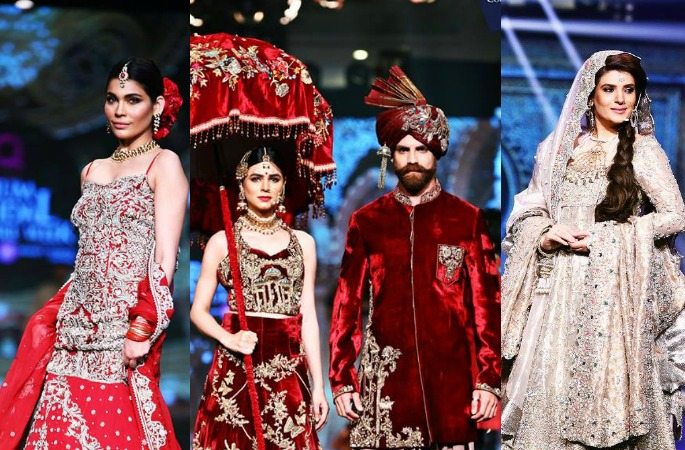 Traditionally, with long shirts, emphasised through silver, gold, and bronze strokes, the ensembles were predominantly ornamented with heavy dupattas.

Comparatively, with his collection titled ‘Chaap Tilak,’ Mohsin Naveed Ranjha, amazed the audience through intricate structural motifs, on deep red velvets. The designer states: “The architecture influences in the form of embellishment and cutwork is everything in this collection.”

“A whimsical tale portraying purity of love and the tranquil charm of beauty inspired by the freedom of nature,” says Faraz Abid.

With attention to, Imran Abbas as the showstopper, carrying the sophisticated groom look, the designs by Faraz were detailed with mystique gold. 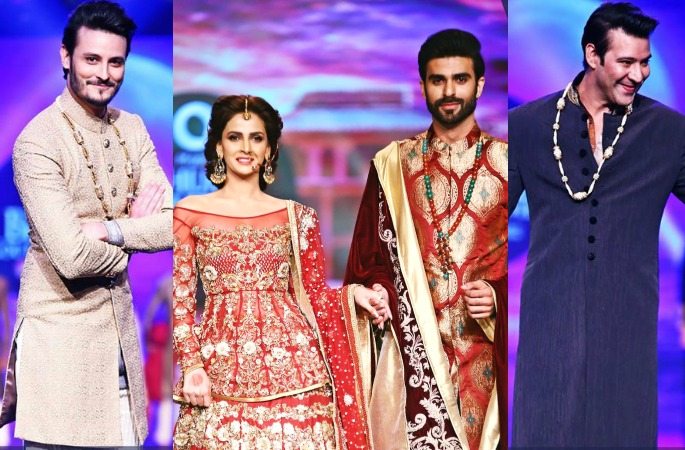 The lively actress, Saba Qamar, did justice to the showstopper dress by Erum Khan. Wearing a red and gold lehenga with a regal hairdo, Saba walked the bridal ramp with a rather dashing groom. Perfectly complimenting her, the groom looked charming in a maroon velvet shawl.

Moreover, Munib Nawaz offered the ‘Moonlight Romanticism’ theme, representing deep and dark shades of blue. Influenced by the colours of the earth, under the moon, his pieces consisted of velvet, raw silk and brocades.

In addition, Hina’s exquisite embroidery was woven into the fabrics of pure and sheer jamawar, organza and tissue. Through the use of precious details and rich fabrics, Ladli Begum expressed the grandeur and beauty of the Mughal era. 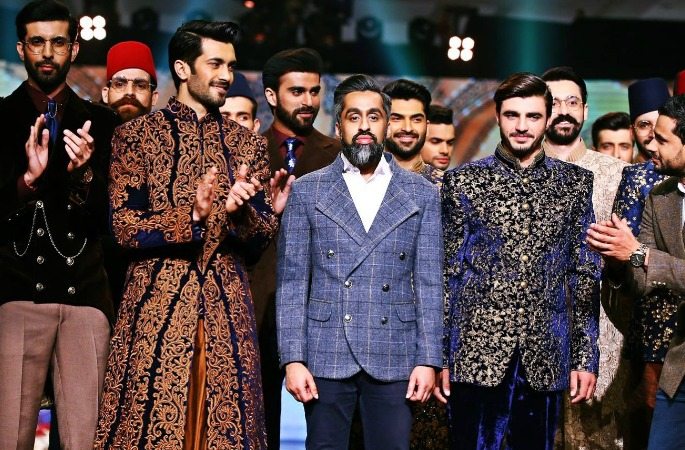 With Arshad Khan, the Chai-Wala, as his showstopper, Ziggi took his ramp presentation to the next level.

However, more significantly was the fact that, Arshad Khan reached another milestone, as he made his runway debut at the Bridal Couture Week 2016.

Ziggi’s collection featured the whirling dervishes, a Rumi ritualistic dance performance, that mesmerised the audience with something different.

Additionally, day 3 of the Bridal Couture Week 2016, saw romance on the ramp! 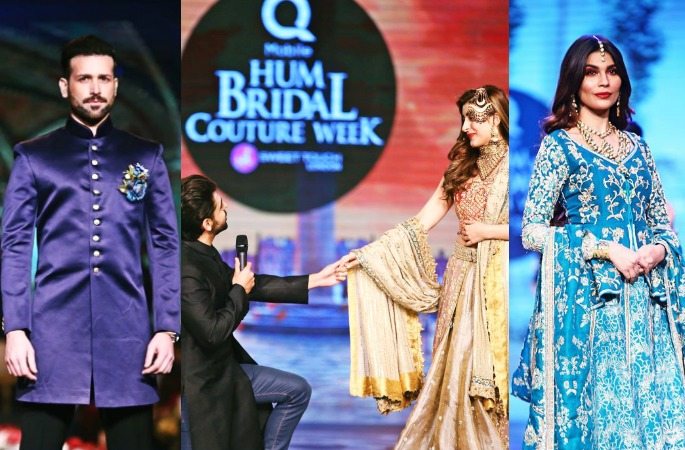 Admiringly, the audience witnessed a recap of Urwa Hocane’s and Farhan Saeed’s engagement proposal, which took place recently in Paris.

Despite Farhan’s casual simplicity in a black raw silk sherwani with jeans, the tailoring of the outfit appeared impeccable. On the other hand, Urwa floated gently down the ramp in a soft and shimmery, gold tissue-organza lehenga. It was her statement jhumar, which whistled regal elegance.

Closing with some of the grand couturiers, Elan, Nida Azwer and Amir Adnan, the event wrapped up with signature craftsmanship.

On the other hand, Amir gave a graceful collection of men’s sherwanis. Paired with, women’s regal saree’s, ghararas and flare gowns. 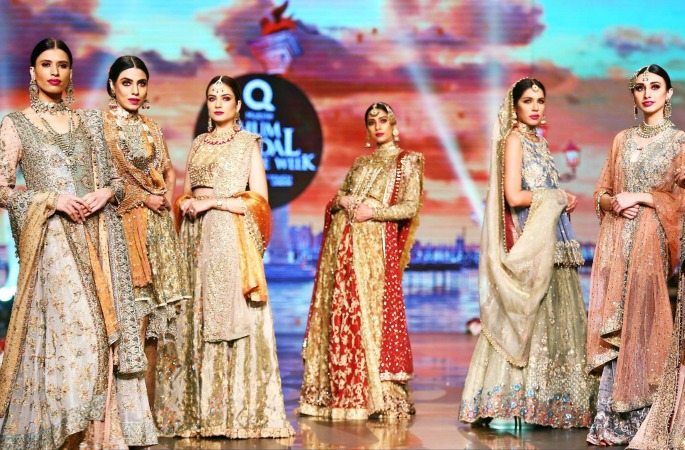 All in all, the 13th edition of the Q-Mobile HUM Bridal Couture Week 2016, was an exquisite vision.

In particular, a vision of traditional bridal shades. Including reds, golds, and maroons.

It portrayed the original expressions of each designer. A popular platform, which gave the Pakistani stars, a grand stage to display their individual talent.

The glittering crowd of celebrities made their presence noteworthy. While some twirled glamorously down the ramp in stunning ensembles. Others gave their support through applauding their favourite designers.