"I agreed. It is a gesture"

After four decades in Bollywood with over 150 films under his belt, the Big B is ready to cross over the Atlantic and have a shot at Hollywood in the remake of ‘The Great Gastby.’ Hollywood heartthrob Leonardo Di Caprio is set to star, whilst Bachchan takes on the role of Meyer Wolfshiem, a notorious Jewish gambler. ‘Spiderman’ star Tobey Maguire and ‘An Education’ actress Carey Mulligan are both part of the movie’s cast too. 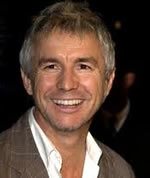 Director of Romeo and Juliet, Moulin Rouge and Austrailia which starred Nicole Kidman and Hugh Jackman, Baz Luhrmann is thrilled to have Amitabh Bachchan on board. He has made it very clear how he feels about Bachchan taking on the role. “I’m personally thrilled that one of the world’s greatest screen legends, Amitabh Bachchan, is joining the cast,” said Baz.

This by far is not the first of Bachchan’s attempts at breaking into Hollywood. He was rumoured to have been cast alongside Johnny Depp in an adaption of the novel ‘Shantaram’. But unfortunately, the movie was scrapped way before shooting had a chance to commence. 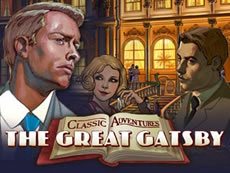 But Bachchan seems to be riding high on the success of his previous years, recently he is set to return to his popular television series ‘Khon Banaga Karore Pati’, and his latest movie, ‘Teen Patti’ was a huge hit. He remains rightfully optimistic about this newest opportunity.

“Time has been spent well and hopefully judiciously. Days ahead will tell us whether it was fruitful or not,” Bachchan blogged from Sydney on August 29 2011.

Other Bollywood actors that have tried to make their mark in Hollywood include none other than Amitahb’s daughter-in-law beauty icon, Aishwarya Rai Bachchan. Though, her movies ‘Pink Panther 2” and “Bride and Prejudice” did not stand up so well against the critiques. 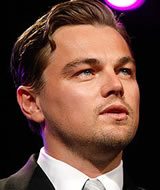 Hopefully for Bachchan senior, this movie will make a better impression on the critics. ‘The Great Gastby’ is an adaption of F Scott Fitzgeralds’s classic novel, one that has been done many times. But this time with the inclusion of Hollywood’s biggest name, Leonardo Di Caprio, Bachchan is practically guaranteed success. Di Caprio was the highest ranking star in Hollywood last year thanks to films such as ‘Inception’ and ‘Shutter Island.’

Surprisingly however, Bachchan has revealed on his blog that he has “refused any remuneration’ for his portray of Meyer Wolfsheim. Bachchan explains that he has only decided to take on the role as a favor to Director Baz Luhrmann.

“Baz Luhrmann, during his private visit to India last year, had dropped by my office to meet me and presented me with some paintings of a prominent painter who was accompanying him,” said Bachchan.

“He called last month and wondered if I would do this small role in his film, and I agreed. It is a gesture”. 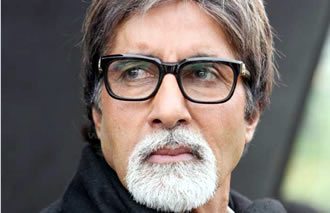 Bachchan then went on to express his excitement in being involved in the project, “It has been a wonderful experience to be a part of their system and to observe with what detail and diligence they work,” he said.

After decades on the Bollywood scene no one is more prepared and experienced as Bachchan to take on Hollywood. Classic films such as ‘Khuda Gawah’, ‘Sholay’ and the original ‘Don’ cement him amongst the greatest Bollywood megastars of all time. He is usually cast in positive movie roles, where his charismatic aura is utilised to portray the characters the directors will want audiences to sympathise with. But he is diverse in his skills, happy to take on the more challenging roles in films such as ‘Black’ and ‘Papa.’

Playing ‘Meyer Wolfshiem’ will be a great way for Bachchan to demonstrate his range and skill in front of the camera. His charm, dedication and professional approach to his craft create the perfect formula for blockbuster success, and hopefully this will translate just as well in Hollywood too.

Baz Luhrmann had his first introduction to Indian Cinema with an Amitabh Bachchan blockbuster. Baz said:

“Over the years, Amitabh’s films have made a tremendous impression on my life and work. His film ‘Sholay’ was my introduction to Indian cinema.”

Luhrmann is reportedly being funded £126 million for this latest adaption of ‘The Great Gastby’ which may also be shot in 3D for the first time. The original film was made in 1926 as a silent film and six versions of the movie made thereafter, and Baz’s version will be seventh. 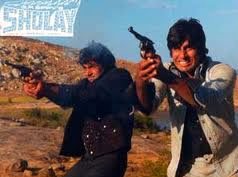 Shooting for the film has already started, taking place in Sydney where Bachchan flew over to go over the script with director Baz Luhrmann and did dress rehearsals with the rest of the cast. After his trip to Sydney, Bachchan said: “It has been a wonderful experience to be a part of their system and to observe with what detail and diligence they work.”

Bachchan is also shooting his latest Bollywood movie directed by Ram Gopal Varma called, ‘Department’ where he experienced a minor injury filming. He tweeted on Twitter saying: “A minor incident on set during semi action sequence .. got hit on chest rib cage, some damage inside, pain on breathing, bearable !” The injury is reported as a minor hairline rib fracture.

What do you think? Will Amitabh Bachchan be just as successful in Hollywood as he is in Bollywood? Will ‘The Great Gastby’ be another hit to Bachchan’s name?

Nazhat is an ambitious 'Desi' woman with interests in news and lifestyle. As a writer with a determined journalistic flair, she firmly believes in the motto "an investment in knowledge pays the best interest," by Benjamin Franklin.
‘Bodyguard’ a total box-office Hit
Ra.One set to be Diwali firecracker