Ra.One set to be Diwali firecracker

Ra.One is Shahrukh Khan’s most expensive production to date. It is set to be the biggest Bollywood movie for Diwali 2011. With a huge marketing strategy, SRK has not held back on ways to make the film possibly the biggest hit of 2011.

Ra.One is set to have a worldwide release during Diwali 2011. Shahrukh Khan’s superhero movie is currently India’s most expensive film to date. It’s release will be in 2D across 5,000 screens worldwide and about 550 screens in 3D format, which will be later than the 2D. The film will also be dubbed in versions of Tamil, Telugu and German.

Premieres for the action-packed science-fiction film, directed by Anubhav Sinha, take place in three key parts of the world where Shahrukh Khan will be present. The first will be in Dubai on 24th October 2011, the second in the UK on 25th October and then, Canada on 26th October. 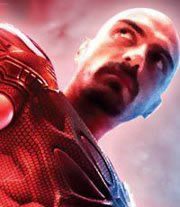 The story of Ra.One revolves around Khan, who plays the lead protagonist, turning into a superhero G.One, in order to meet his son’s expectations. The plot takes a twist when Khan’s character designs a videogame that has an impact on the lives of the characters, in both negative and positive ways.

Film analysts report that Ra.One is expected to set several records in the Bollywood film industry.

Shahrukh Khan has pulled all stops out to promote and market what is dubbed as his biggest ever production.

SRK’s production company Red Chillies Entertainment collaborated with UTV Indiagames to develop digital comics based on the film’s characters. Written by Khan, the comic featured weekly episodes and served as a prequel to the events happening in the movie. 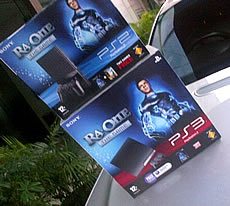 A game for the Sony Playstation of the film is part of SRK’s innovative strategy in a tie up with Sony Computer Entertainment Europe (SCEE).

A first for a Bollywood film was the launch of an official and customised Ra.One channel of the film on YouTube where several song and theatrical promos were released to the public, along with videos of the film’s making, events and uncut footage.

Major brand collaborations worth over Rs. 52 crore (US$11.6 million) are a key aspect of the marketing strategy for Ra.One. Including brands such the Western Union, McDonalds, Coca-Cola, Nokia, Godrej Consumer Products, HCL, Horlicks and HomeShop18.

For the first time ever, Google Plus was used by Shahrukh and Kareena Kapoor to hook up with fans on multiple live web chats.

SRK tweeted about his fierce and creative marking campaign for Ra.One saying:

“Ppl talk of my mkting etc but I nevr tell anyone to watch a film…I tell them to come have an emotional experience…taste a part of me.”

Here is a trailer of this blockbuster production: 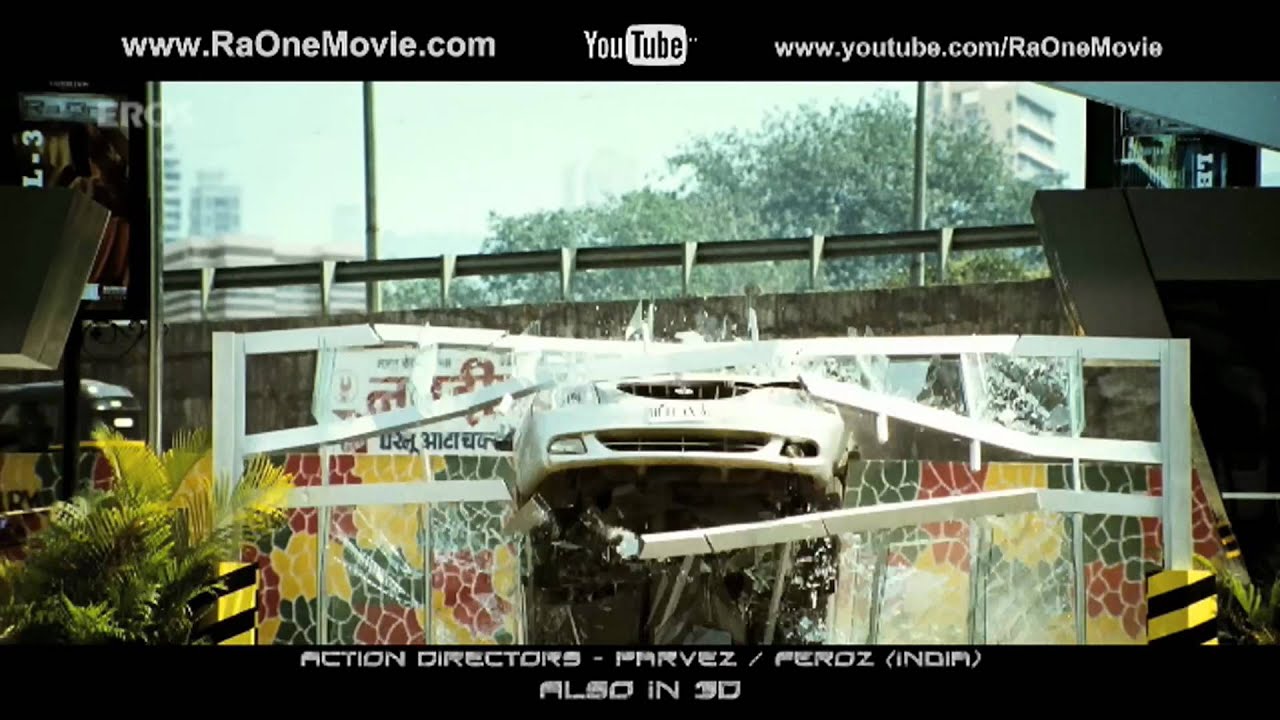 Sources say the crew for making the film consisted of more than 5,000 members from India, Italy and the US. More than 1,000 people, working in shifts, in around 15 studios across the world produced this iconic film.

Nicola Pecorini was roped in as the director of photography, with V. Manikandan providing extra assistance, and Martin Walsh was responsible to edit the film. Sound designer Resul Pookutty was assigned the duty of enhancing the sound effects with the use of the Dolby Surround 7.1 system.

Grateful of the efforts of everyone in completing this epic film, Shahrukh tweeted:

“Anubhav & Team Ra.One,its not about being happy & satisfied that we did it.. its about being Us. This defines us..Vr.One…love u all.”

The film’s music rights were bought by T-Series for Rs. 15 crore (US$3.35 million) whilst the distribution rights were acquired by Eros Entertainment for Rs. 77 crore (US$17.17 million). 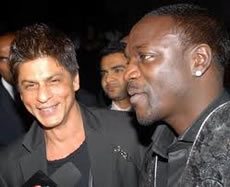 Promotions in Mumbai for Ra.One featured Shahrukh Khan and Kareena Kapoor thrilling audiences by dancing to the tunes of the movie.

Talking about Kareena, SRK said: “I think she has been one of the biggest strengths in the film,” said Khan.

After watching the first print of the film, an ecstatic SRK tweeted:

“Watching the first copy of Ra.One…Damn! realised yet again I have made a love story…a lov story between me and my dreams…”

“I just saw RA1! Adrenalin pumping and the best computer graphics india has ever seen!!! Its a MEGA BLOCKBUSTER super hero ride!! OUTSTANDING”

Ra.One will be dominating the Bollywood theatres this Diwali and will no doubt be a firecracker for SRK fans world-wide.

Nazhat is an ambitious 'Desi' woman with interests in news and lifestyle. As a writer with a determined journalistic flair, she firmly believes in the motto "an investment in knowledge pays the best interest," by Benjamin Franklin.
Hollywood for Amitabh Bachchan
Shahrukh the Box Office Superhero