Akshay Kumar is an advocate for working out and leading a healthy lifestyle. Here are a few fitness regimes endorsed by the actor.

“Your body is a temple and you should take care of it.”

Akshay Kumar is an advocate for fitness and his physical appearance is a testament to that.

He follows a strict workout schedule and he often shares glimpses of his routine on Instagram.

On his own fitness routine, Akshay said:

“I do a very different kind of exercise, it’s mainly core exercises and I hardly lift weights.

He went on to say that his entire exercise routine can be completed within 25 minutes.

During a conversation with Union Sports Minister Rajyavardhan Rathore in 2018, Rathore pointed out that the routine is one of many ways to get fit, it does not have to be just lifting weights.

The Bollywood megastar stated that his fitness routine was “very practical”.

It benefits core strength as well as hand strength and the circuit only takes 25 minutes to complete so it is beneficial for those who have busy lives.

Akshay defined fitness and health as one of the most important aspects of life, more important than wealth.

He said at the time: “Your body is a temple and you should take care of it.”

When it comes to fitness, Akshay Kumar prefers to do workouts other than conventional weight training. 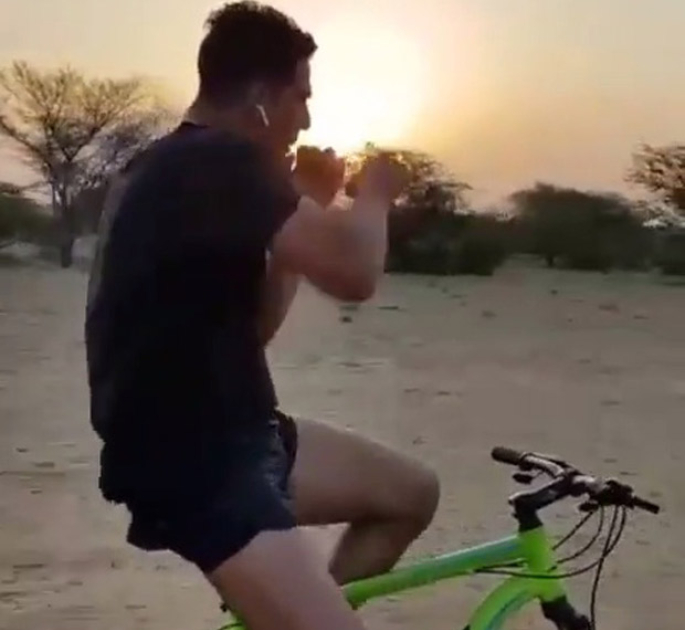 The actor is an avid cycling enthusiast and inspires his fans to take it up.

He said he cycles to improve his core strength but he takes it up a level by cycling without using his hands.

In an Instagram video, he was seen drilling punches while cycling.

Akshay stated it was to improve his balance but also advised his followers to be careful if they decide to it.

While weightlifting is a workout method that Akshay Kumar does from time to time, he uses weights while swimming.

The actor prefers a workout that is tough and challenging.

In the caption, he wrote:

“Here I am swimming with weights… please ensure you’re good at swimming to attempt this.” 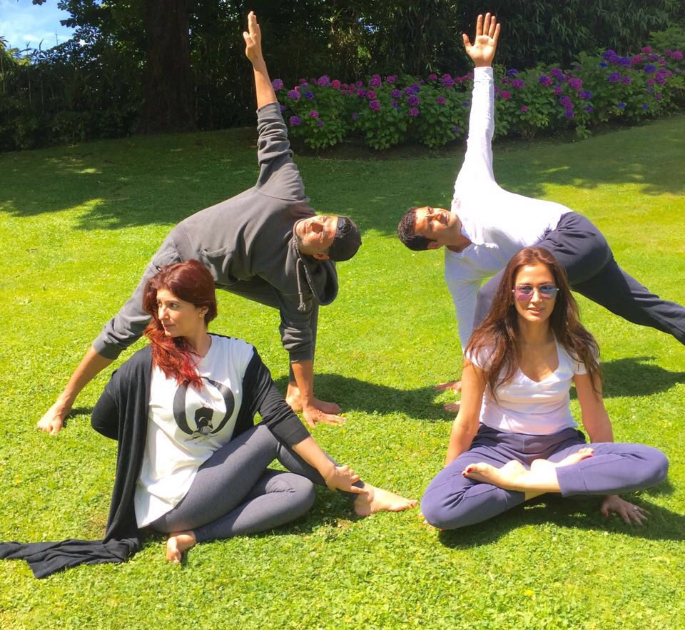 Akshay Kumar is a yoga enthusiast and is regularly seen posting pictures of his yoga routines.

On International Yoga Day, Akshay openly endorses it and encourages others to take part.

Yoga improves flexibility and it is also done for relaxation purposes.

Not only does he practice yoga, but his mother also regularly does yoga and the actor is extremely proud of her for doing so. 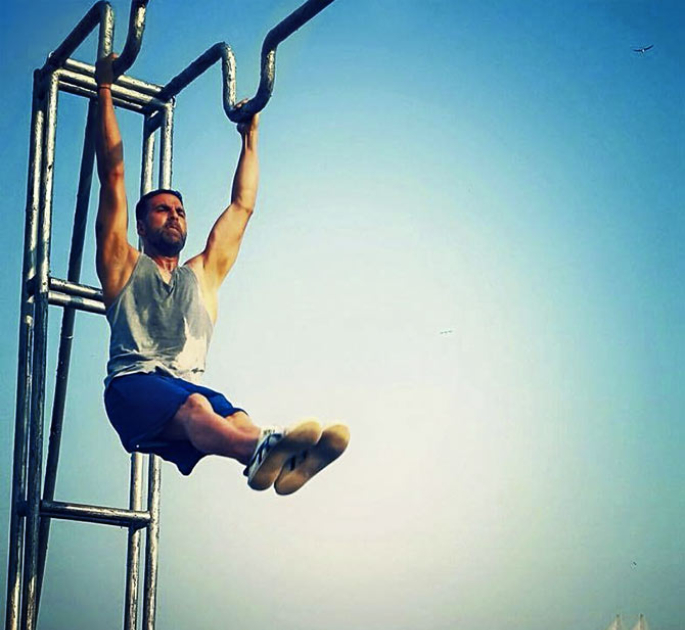 When it comes to workouts, a misconception is that bicep training increases the muscle mass of the arms.

In actual fact, it is the triceps that need more attention as they take up around 55% of the upper arm whereas the biceps occupy around 30%. 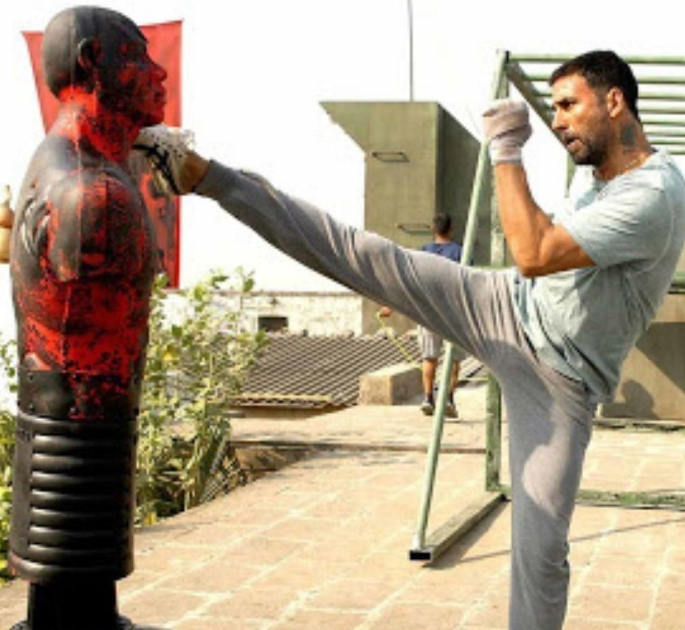 Kickboxing and martial arts are a common feature of Akshay’s workouts, whether it is hitting punchbags or sparring with other people.

The actor stated that he has been doing martial arts all his life, recalling his experience with his own father.

He had said: “He used to support me throughout.

“He supported me in martial arts, in volleyball, in cricket, these are the three sports I played all my life.”

These five workout routines differ from conventional fitness methods and are endorsed by Akshay Kumar.

They should be tried out if you are looking for something different to improve your overall fitness.

Dhiren is a journalism graduate with a passion for gaming, watching films and sports. He also enjoys cooking from time to time. His motto is to “Live life one day at a time.”
Will Indian Matrimonial Sites ban ‘slim, tall and fair’
Golden Rules of Sex according to Ayurveda