Dipa Karmakar has made history by becoming the first Indian woman gymnast to compete in the Olympics. DESIblitz has more.

“The gymnastics community is proud of Dipa's achievements.”

Dipa Karmakar has become the first female Indian gymnast to qualify for the Olympics, after giving an astounding performance at the final qualifying event in Rio de Janeiro.

The 22-year-old is also the first gymnast from the country to participate in the Olympics since 1964.

Dipa has earned an overall 52.698 points in the Test event. She scores the highest in vault (15.066), making her the best performer out of 14 competitors.

International referee Deepak Kagra praises Dipa’s performance afterwards: “It was a very good score from Dipa and we were certain that she would qualify.

“Now the world body has published the names of the gymnasts who have qualified for the Olympics and her name is there. The gymnastics community is proud of Dipa’s achievements.” 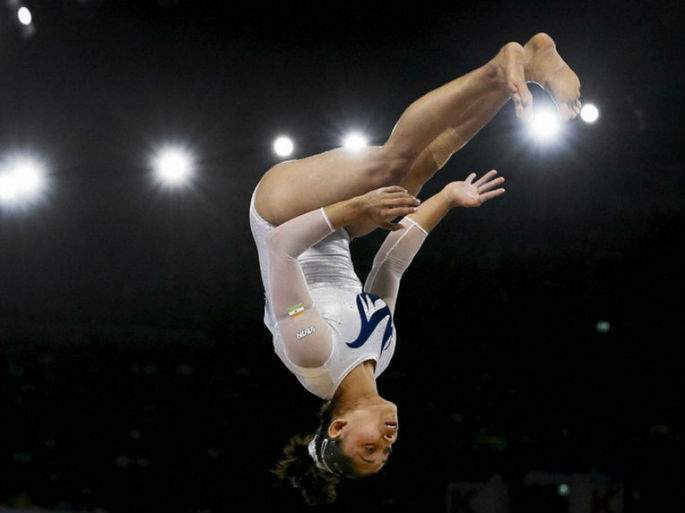 Dipa was second reserve for the qualifier until mid-March 2016 when she managed to join 40 other gymnasts looking to qualify for Rio 2016.

Vault has always been her strong suit, but a new focus on delivering a balanced performance has paid off and helped book her place in the upcoming Olympics.

She says: “All that I’ve learnt on every apparatus will be tested at Rio. It won’t be just one aspect – the vault. It’ll be a test of my all round capability.”

#DipaKarmakar begin to trend on Twitter, applauding the young girl from Tripura on her sporting achievement:

Congratulations #DipaKarmakar on creating history with your qualification. You inspire young Indians with your achievement. Best wishes.

What great news… Dipa Karmakar becomes the 1st ever Indian to qualify for Rio 2016 Olympics in Gymnastics!! #MakingIndiaProud

Dipa, ranked 79th in the list of women’s Olympic qualifiers for artistic gymnastics, also made history in 2014 when she became the first female gymnast to win a medal at the Commonwealth Games in Glasgow.

She competed in the finals of World Championships in November 2015 – first for Indian female athletes as well – and finished in fifth place.

DESIblitz wishes Dipa the best of luck in Rio 2016!