Faryal Makhdoom posted her outfit choice on Instagram, however, netizens took the time to slam and mock the social media influencer.

"Finally done with your Dubai trip?"

The wife of Amir Khan actively shares pictures of her look and what she is up to with her followers, however, a lot of the time, she has been subjected to trolling.

The influencer took to Instagram and showed off her look.

She captioned the post: “Do you prefer Comfy OR Dressy?”

Many of her followers liked her outfit, but others took the opportunity to troll Faryal.

A lot of users commented on her appearance, which has seen a noticeable change over the years.

One disappointed person said: “No hate but I have seen her very up n close before all the knives she went under and I must say, that was a better version of this human.”

Another had said: “You are looking like a lizard, what’s wrong with your lips.” 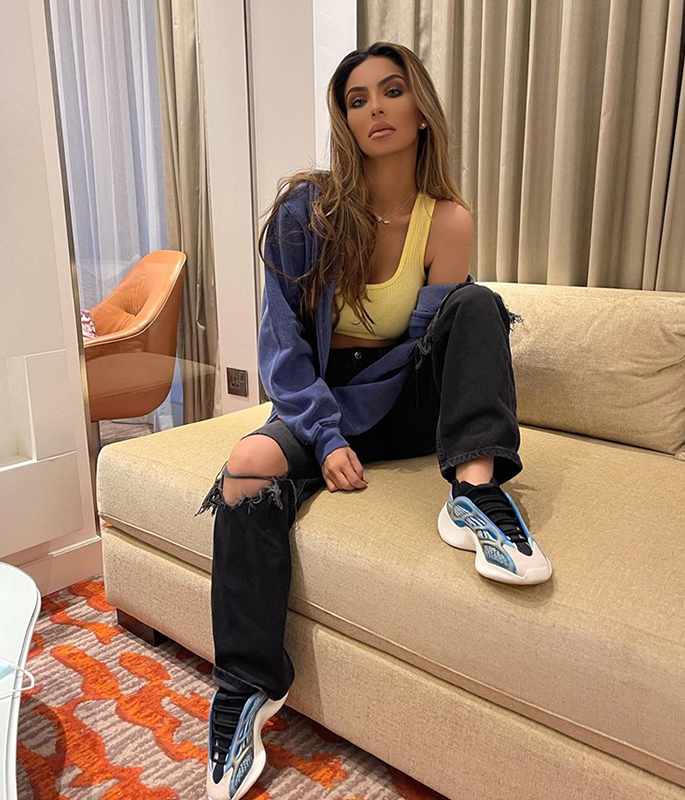 One angry person slammed Faryal for flaunting her wealth amid a pandemic when so many people are struggling.

The person wrote: “Finally done with your Dubai trip?

“The way these ‘influencers‘ are shoving Dubai, Gucci & Prada in everyone’s faces whilst the majority of this country is suffering illness, death, unemployment, high suicide rates etc makes me sick. Tacky af.”

The criticism Faryal Makhdoom has faced on social media has prompted her to turn off the comments for some posts.

This is not the first time that she has been slammed for flaunting her wealth.

In December 2020, she and husband Amir Khan travelled to Dubai where the boxer showed off his new holiday mansion.

Amir shared photos of himself standing outside the property before showing his followers a glimpse of the inside.

He revealed that it was for his family and while some of his fans sent messages of congratulations, others slammed him for bragging about his wealth during a pandemic.

“Why do you need to post on here when times are so tough for so many people?”

“Have respect for families that can’t even afford to eat.”

Another wrote: “No need to share it on here for validation, Amir. That’s just feeding your ego.

“I’m sure your family are grateful, and will in time tell you so.”

One commented: “Be humble in these times and think about those who are less privileged.”

One netizen said: “You need to lay off social media for a bit brother all you do is brag about things you have just bought or places you go. Stay humble.”

Dhiren is a journalism graduate with a passion for gaming, watching films and sports. He also enjoys cooking from time to time. His motto is to “Live life one day at a time.”
Husband Tied Up & Strangled Wife and Baby to Death
Husband jailed for Murdering Wife using a Fake Burglary