A husband has been found guilty for the murder of his wife after he staged a burglary as the reason for her death.

"There is absolutely no dispute that this was a fake burglary."

A Wolverhampton man, Gurpreet Singh, aged 45, was found guilty on Wednesday, January 27, 2021, for the murder of his wife, Sarbjit Kaur, on the pretext of a burglary.

After a trial at Birmingham Crown Court, he was sentenced to 19 years in prison for killing his 38-year-old wife, who worked as a seamstress from home.

Gurpreet has been labelled a callous liar who had broken the trust of his family and friends, by saying that his wife had been killed by someone during a break-in and burglary at their home.

Before leaving for work on February 16, 2018, Gurpreet used chilli powder to incapacitate Sarbjit Kaur and then strangled her.

Because subsequently red or orange powder was found on her face and body and on the floor by officers who were called to their house on Rookery Lane, Wolverhampton.

Gurpreet told officers that he had come across his wife unconscious in their home and that they had been burgled with the house initially showing signs of a burglary.

He showed emotions of shock and horror at what had taken place.

When Sarbjit was found she had been assaulted and had been dead for some time and a post mortem said her death was due to asphyxiation.

This led the police immediately launching a murder investigation looking for a burglar or gang who had committed this crime.

The death of Sarbjit instigated fear within the local community and many were concerned there may be a gang going around breaking into homes and potentially killing people like in her case.

Gurpreet a businessman, who ran a concrete company with his brother, therefore interviewed as a potential suspect.

He gave a “perfectly plausible explanation” of the events that took place the morning of the murder.

Saying he had been alone for about an hour with his wife after dropping off the children at school and before leaving for work.

After checks were made by police, it verified his account of events and also showed that he had made calls to his wife during the day while at work, which she did not answer.

Gurpreet was then released Singh on bail by police.

However, the reality of the case started to unfold, when the specialist and experienced police forensics team carried out a detailed examination.

The outcome of the forensic investigation was that it was not a burglary at all but an attempt to create an illusion of one with a messy search.

“The house had been clearly subjected to some form of disturbance.

“We, the prosecution, say it was made to look like an untidy search…

“The majority of items of high value were left there. This was not some domestic burglary.

“There is absolutely no dispute that this was a fake burglary.”

The forensic investigation led to detectives on the case carrying out an extensive search of CCTV footage.

Discovering that Gurpreet’s own CCTV was disabled, officers accessed and reviewed footage from a neighbour’s CCTV system which provided coverage of Gurpreet’s drive and his electronic gates.

As stated by Gurpreet, the footage on the neighbour’s CCTV showed him taking the children to school and coming back.

However, to their shock, they saw an unknown person wearing a parka coat with the hood up arrive at the house and was let in at about 8.15 am.

Then, Singh is seen at about 9.00 am opening the boot of his car, going back in and then returning to his car before leaving for work.

A few minutes later, a person is seen to be moving away from the premises. Then, about 50 minutes later, the person in the parka coat is seen leaving the house. 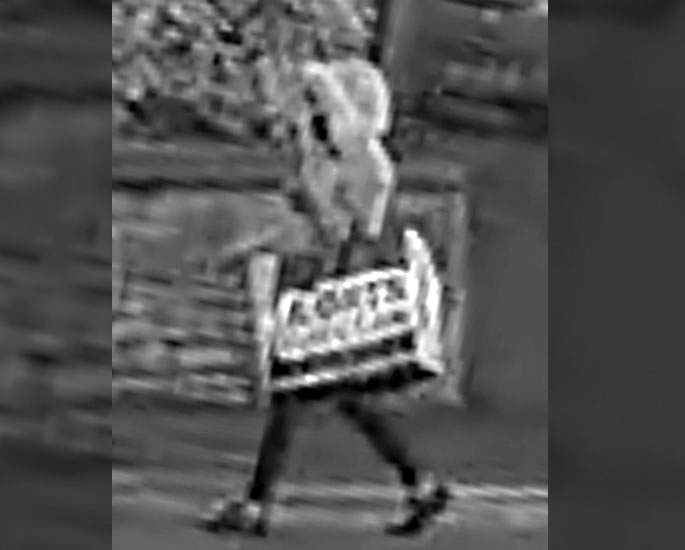 However, this person in the parka coat has never been traced by police to date. Officers are not even sure about the sex of the person. They believe it to be a woman because of the 5ft 2ins height.

This discovery of the person in the parka coat became the pivotal point in the case. It became clear Gurpreet did not mention this visitor. He told detective it was just him and his wife.

“And for a while, Gurpreet Singh must have thought he had got away with it but a genuine piece of good fortune led the police to discover that Singh had lied to them and had been lying effectively to everyone.”

Further factors began to surface which began to doubt Gurpreet’s account. Such as the electronic gates which needed a key fob or keypad to open, many high items of value in the house were not stolen and there was no evidence of forced entry into the house.

It became evidently clear that Gurpreet Singh was behind the murder of his wife and not a burglary, which he tried to stage. 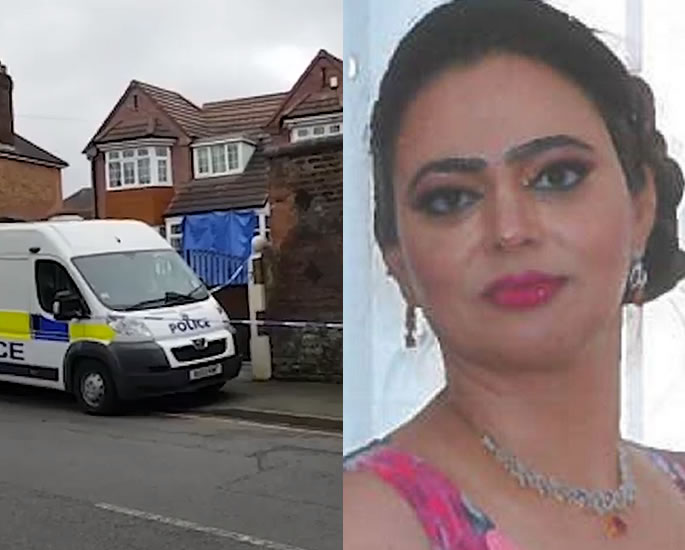 “While the motivation of Sarbjit’s murder is unclear, Singh is clearly a callous and calculating man with complete disregard for human life.

“He’s shown no remorse for his actions and continued to deny his involvement, despite the weight of evidence against him.”

“Shockingly Singh went about his daily business and allowed his own children to enter their home and find their stepmother dead on the floor.

“The distress this caused those poor children, who’d already lost their mother, is sickening.

“Sarbjt’s family have shown great courage and dignity throughout this retrial and I hope today’s guilty verdict offers them some comfort.”

The niece of the murdered wife Sarbjit Kaur, Jasmeen, made a statement on behalf of her family:

“We have been deeply disturbed by the death of Sarbjit. No one can understand what could have led to her murder.

“The grief leaves us dumbfounded. Losing someone is always very sad and painful, but losing a loved one in these circumstances is traumatic.

“Sarbjt’s death was so sudden, unanticipated and violent, it has shaken the whole family’s sense of safety, control and trust in the world around them.

“I’d like to express my thanks to the QC, Mr David Mason, for his dedication and commitment throughout this long and complex investigation and who has helped get justice for Sarbjit and her family.”

As for the unidentified accomplice in the parka coat, Superintendent Mallet told media:

“Our enquiries haven’t taken us to her yet.”

“And the reality is that unless someone comes forward and tells us who she is – then we will never know who she is.

“The CCTV is of sufficient quality to show clothing, the bag she was holding and captures her walking into the property and leaving 50 minutes later.

“But in terms of identifying her, it just wasn’t good enough. We didn’t have anything that showed her face.

“We would still like to know who she is or where she is from. Someone out there knows her identity but they have yet come forward.”

Nazhat is an ambitious 'Desi' woman with interests in news and lifestyle. As a writer with a determined journalistic flair, she firmly believes in the motto "an investment in knowledge pays the best interest," by Benjamin Franklin.
Faryal Makhdoom mocked over Instagram Post
Outcry over Indian High Court verdict on Sexual Assault Case