A famous Indian couple has been accused of operating an immigration scam. It was heard that they took Rs. 14 Lakh (£15,000) from one victim.

He asked for his money back but the couple refused.

A police case has been registered against a famous Indian couple for committing immigration fraud after a complainant told officers that they had been conned out of Rs. 14 Lakh (£15,000).

Baljinder Kaur and Ekam Singh allegedly scammed people by running a business which claimed to offer visas for abroad.

However, when the money was paid, the visa was not granted.

The couple has a large following in Mohali, Punjab, especially on Instagram and YouTube where they are known as Mr and Mrs Sandhu. They used to post comedic videos.

Although there have been other cases registered against them in the past, a new case was filed after Sukhbir Singh accused them of scamming him out of Rs. 14 Lakh.

Mr Singh told officers that he saw an advert for their company, International Education.

He contacted the Indian couple and eventually met with them. They offered a visa for Mr Singh’s son and daughter so they could study abroad.

Mr Singh was convinced by their claims and wanted to obtain visas. He paid a total of Rs. 14 Lakh which was transferred to the couple on different days.

However, when the full amount was paid, Mr Singh did not receive the visas. He asked for his money back but the couple refused. 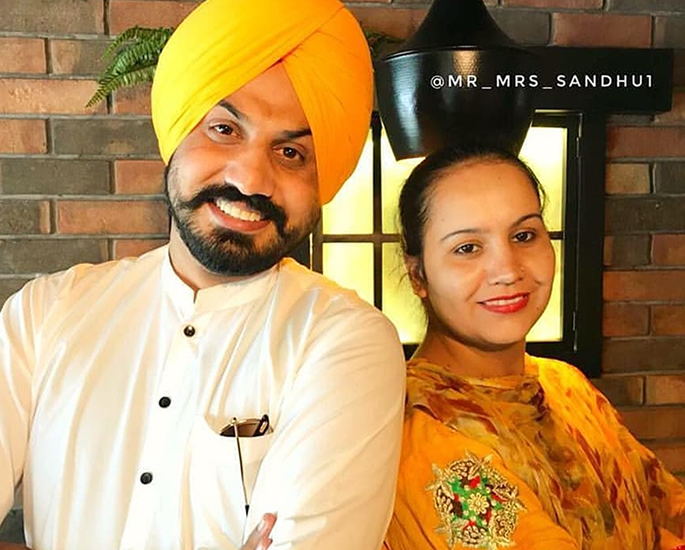 After he made numerous attempts to pressure the company into returning the money, a cheque for Rs. 10 Lakh (£10,900) was handed to Mr Singh.

But when he went to deposit the cheque into his bank account, it bounced.

Mr Singh explained his ordeal to officers and a case under sections 406, 420 and 120B of the Indian Penal Code was registered against the couple.

This is not the first time that ‘Mr and Mrs Sandhu’ have been accused of immigration fraud.

On August 21, 2019, Kaur was arrested while police searched for the whereabouts of her husband.

ASI Harvinder Singh said at the time: “The accused was caught from Mataur on Wednesday evening on a tip-off.

“On Thursday, she was produced in the court, which sent her in one-day police remand.”

Her husband had been arrested in January 2019 but was released on bail.

A police investigation revealed that the couple had been running the business since 2014 where they would claim to offer visas to people.

The Times of India reported that since 2018, they have had five cases registered against them.

They had allegedly conned one person out of Rs. 16 Lakh (£17,000) after claiming to offer a visa in order to send a girl to Canada.

Dhiren is a journalism graduate with a passion for gaming, watching films and sports. He also enjoys cooking from time to time. His motto is to “Live life one day at a time.”
Man kills Himself due to Indian Wife ‘Sex Toys Abuse of Girls’
US Indian Father exposes Daughter for Cheating on Fiancé