The brand new unscripted series, produced by Bend It Like Beckham director Gurinder Chadha and The Only Way Is Essex (TOWIE) creator Tony Wood, will be shown twice a week at 8pm on Sky Living.

In 12 one-hour episodes, Desi Rascals will follow the lives of British Asians across ages and professions in West London as they react to daily events.

While British rapper Dizzee Rascal has no relation to the reality show, his stage name inspired the producers to name the show Desi Rascals. 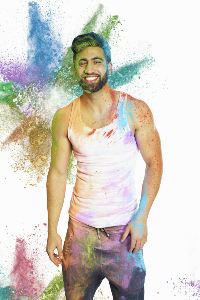 Chadha explained: “[Desi] has become a sort of social media word to reflect anybody who is Indian or South Asian, but not from South Asia itself.

“So we had desi, then someone in the office came up with Desi Rascals, as in Dizzee Rascal, and it was perfect. It’s cheeky and it’s very London.”

Featuring a diverse range of characters, from a retired and loving grandmother to a single and fabulous stylist, Desi Rascals promises to charm, entertain and inform.

Chadha said: “My desire is to showcase the West London British South Asian community in a three-dimensional light.

“Some of the characters and stories we have found would give the Indian soaps a run for their money in terms of high drama and compulsive viewing.”

The cast includes Uncle Russ, who was the first British Asian bodybuilder to compete in the UK. His achievement inspired his nephew Anj Baig, who is also on the show, to set up his own gym and dessert lounge.

Anj’s younger brother Moses is a party boy and aspiring DJ. He enjoys competing with Anj at the gym and living it up in London. One can see how the exchanges among three strong male characters can be the source of drama. 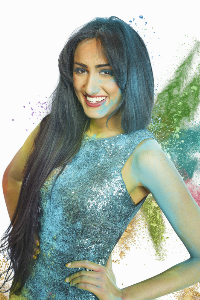 Arshina Trivedi, who runs a Bollywood dance group with her mother, is an ambitious performer who sets high standards for herself and her dancers.

Her boyfriend regularly travels from Birmingham to visit her. While being supportive, Akshay Vashisht is also very strong-willed and determined.

Audiences can expect to take notes on how to manage the increasingly common middle-distance relationship.

Chadha believed the inclusion of different generations of a family-oriented culture was a key element of the show.

She said: “Parents sometimes put pressure on their kids, but there’s also pressure on them because they want to do the best for their kids as well as upholding certain traditions and values, which is where the tension and drama really comes from.”

Tony Wood, having enjoyed unprecedented success with scripted reality drama TOWIE, was equally excited about getting involved with Desi Rascals:

“It’s the first time in this country that any large-scale, broad-based entertainment show has been about a relatively recently integrated community.”

“It’s a privilege to get an insight into a different community and I would like the audience to feel that and maybe learn something as well,” he says.

Aimed at unravelling mainstream perceptions of British Asians by presenting multifaceted aspects of their lives in a TV show, will Desi Rascals be a friend or foe to the wider community?

The cast is pleased to be featured on a mainstream and primarily white TV broadcaster. Positive reaction and anticipation is also felt across Twitter:

Looking forward to #DesiRascals this year. About time we had some real TV for the Asian diaspora @GurinderC

British Asian version of TOWIE @DesiRascals is coming to @SkyLivingHD in Jan gutted I am not in it #DesiRascals http://t.co/UKmDjqpw7B

However, some remain doubtful that the show’s attempt to present reality may continue to enforce stereotypes.

A Guardian reader of half-Indian origin wrote: “The idea of being of two cultures is complex and is never well portrayed when it’s solely focusing on that issue. Young British Asians are ‘normal’ human beings, many who come from non-confused and liberal backgrounds. 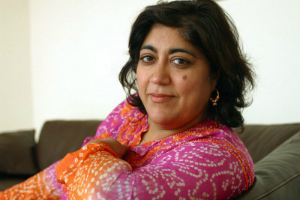 “I would be pleased to see the media just portray us as ordinary people getting on with life’s struggles like anyone else.

“I certainly don’t trust Gurinder to depict an honest picture of what [it] means to be British Asian.”

As of 2014, the UK is home to the second largest Indian population in the West outside India.

What’s more, ethnic minorities in the UK, led by South Asians, are expected to make up close to a third of its population by 2050. There is no better time to learn their life stories and create a truly multicultural Britain.

Catch the first episode of Desi Rascals on Sky Living at 8pm on Tuesday, 20th January 2015.

Arjun and Sonakshi thrill with Tevar
Ranbir engaged to Katrina?