Promoting traditional Punjabi folk culture, Folk Stars returns for 2015 with 8 incredible teams set to battle it out for the title of ‘Best Live Bhangra Team’.

"We share a common belief: to preserve and promote Punjabi culture and our roots.”

Now the UK’s only live folk Bhangra competition, ‘Folk Stars’ is being held on August 15, 2015 at the Wolverhampton Civic Hall.

The show will feature live performances from eight of the UK’s best Bhangra teams, each supported by a team of talented musicians and vocalists.

These eight teams have been invited to compete for a grand prize of £1,000 and the title of the ‘UK’s Best Live Bhangra Team’. 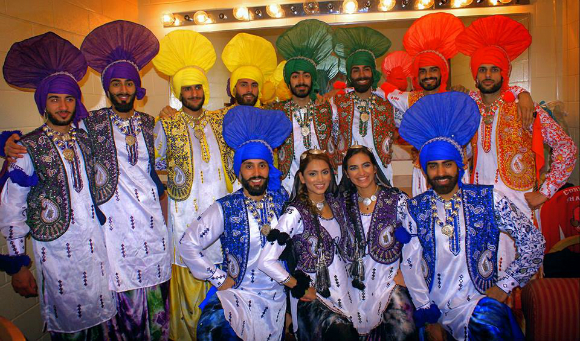 Students and Bhangra fans will also enjoy live performances and Manak Tribute Set by Gurj Sidhu and the Bhangra All Stars Band. The evening will be hosted by DJ, ADJ.

With so many leading Bhangra teams competing, it will be interesting to see who comes out on top for 2015.

Some of the teams at Folk Stars are international winners. Audiences will see the likes of the World’s Best Bhangra Crew, Josh Valaithian Da; national winners of the Bhangra Competition, Gabru Chel Chabileh; and the title holders of the first ever Folk Stars, Vasda Punjab.

Folk Stars is organised by Simon Berik, who is an established Bhangra dancer and DJ. He has also judged various competitions like ‘The Bhangra Showdown’ and ‘Capital Bhangra’.

Berik was the captain and choreographer for the Queen Mary’s Bhangra team, as well as creating mixes for performances.

“Folk Stars was created by a group of friends who felt that there was a need to promote Punjabi tradition and culture to the younger generation.”

“Our vision is to create a surge in the popularity of traditional folk bhangra dancing in the UK and showcase this on a large platform.

“Everything about the competition emanates traditionality. We have aimed to organise an extremely transparent competition that focuses on the experience and needs of the teams.”

Over the years, Bhangra has evolved and diversified into different forms, however, its core roots remain the same.

Folk Stars will be presenting bhangra in its truest form with the intention of bringing the audience closer to their cultural roots.

Folk Stars is considered to be a new challenge for many teams that have never danced to a live band but instead use recorded mixes. This makes the competition even more exciting and unpredictable. 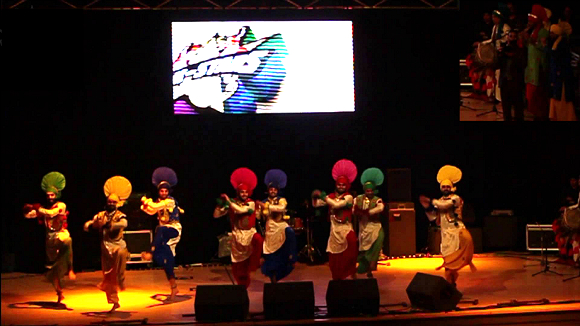 The first show was held in Birmingham Town Hall in 2012. Whilst only a small number of teams competed, it was considered a novel concept that had not been established even in North America, which has a thriving Bhangra circuit.

When asked what the audience can expect from this year’s competition, Simon says: “The competition is bigger and better! The teams are more folk!

“This year, the competing teams have been carefully selected based on their performance standards, professionalism and enthusiasm.

“We, at Folk Stars, are very passionate about folk bhangra which includes singing, music, dancing. We share a common belief: to preserve and promote Punjabi culture and our roots.”

Asa Singh Khalsi, the captain of the Punjab Dancers, a team set to make their competitive debut at Folk Stars, said:

“We’re very excited but nervous too because it’s our first competition and it’s been a bumpy road.

“We know that some teams are more experienced with the live style of bhangra whilst others are doing it for the first time. We don’t know what to expect but should be interesting. 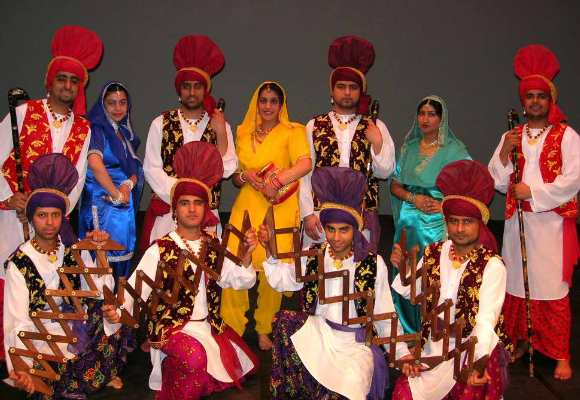 Asa adds: “The live folk set is the best thing as it promotes bhangra in its original form. The UK has not had a platform like this before.

“When they first did it, only a couple of teams could do it but now, they’re learning and more are understanding it.

“Bhangra originated with the dhol and live boliyaan so this is the best way for people to learn how to start.

“I hope that teams will use this competition as a gateway to do Bhangra more in a live set.”

When asked about how folk Bhangra is different, Asa replies: “The advantages are that you learn a lot more about the dance, the origins, the theory of the beats and it is more structured.

“The only disadvantage is that it requires higher standards of dancing and having a musical background is advantageous.”

Folk Stars will take place on August 15, 2015 at the Wolverhampton Civic Hall.

DESIblitz wishes good luck to all the Bhangra teams competing!