The highly-anticipated film Baaghi 3 has broken the world record for most views ever for a Bollywood film. Let’s see what the fuss is about.

"The most viewed Bollywood trailer of all time"

The trailer of Baaghi 3 (2020) was released on Thursday, February 6, 2020, and has captivated fans worldwide. Its action-packed and heartwrenching sequences garnering over 59 million views in 24 hours.

Baaghi 3 (2020) is the third instalment of the action-thriller franchise. The film is directed by Ahmed Khan and produced by Sajid Nadiadwala and Fox Studios India.

Tiger Shroff reprises his role as Ronnie in Baaghi 3 (2020). He is joined by Riteish Deshmukh who plays the role of his brother and policeman Vikram Pratap Singh.

Shraddha Kapoor essays the role of Siya while Tiger Shroff’s father, Jackie Shroff will be portraying the role of his on-screen father in the film.

Ronnie (Tiger) is seen protecting his beloved brother from any harm ever since a young age.

After a turn of events, Vikram (Riteish) must travel to Syria regarding work. During his trip, he is brutally attacked and kidnapped.

Ronnie (Tiger), who witnesses this, threatens to destroy those involved with harming his brother and so begins his border-defying journey to save his brother. 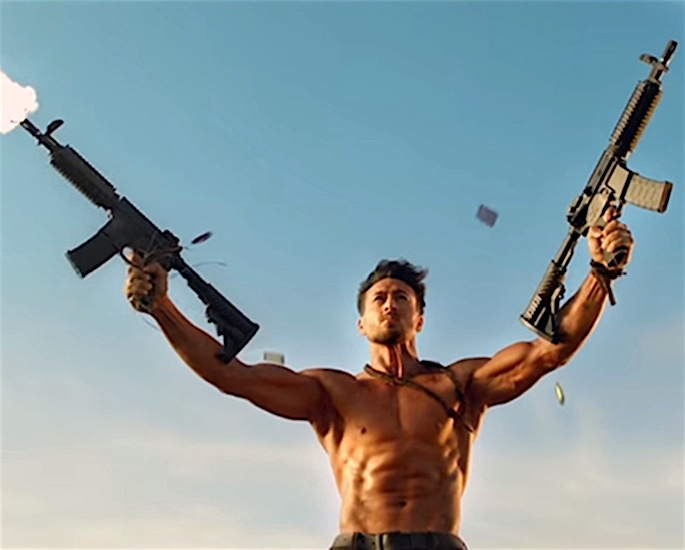 Ronnie (Tiger) is a one-man army who is prepared to take on an entire country to ensure his brother’s safety.

The overwhelming response to the trailer of Baaghi 3 (2020) prompted Tiger Shroff to take to Instagram to express his gratitude and joy. He wrote:

“Thank you so much everyone for all the love and appreciation for our trailer truly overwhelming and immense gratitude to you all.

“Made all the hardwork our team went through worth it. Love always.”

Thank you so much everyone for all the love and appreciation for our trailer??truly overwhelming and immense grattitude to you all. Made all the hardwork our team went through worth it. Love always?

The trailer broke the world record by achieving the most views for any Bollywood trailer to date on a digital platform.

According to a Mid-Day report, producer Sajid Nadiadwala also expressed his delight for the love the trailer has received. He said:

“It is overwhelming for all of us to witness the trailer being loved and accepted so well and more importantly so fast.

“Firstly, because (the) Baaghi franchise till date is loved momentously and we had to make something bigger and better.

“Secondly, the movie is extremely close to our hearts because of its genre and prolonged existence since its emergence.”

Sajid Nadiadwala continued to mention the tremendous work the cast of Baaghi 3 (2020) has put in to the film. He said:

“Baaghi was also a path breaker for Tiger and seeing him grow as his mentor in our movie is just a submergence of happiness for me.

“59 million views in 24 hours along with being the most viewed Bollywood trailer of all time is a huge milestone for everyone who is a part of the movie. 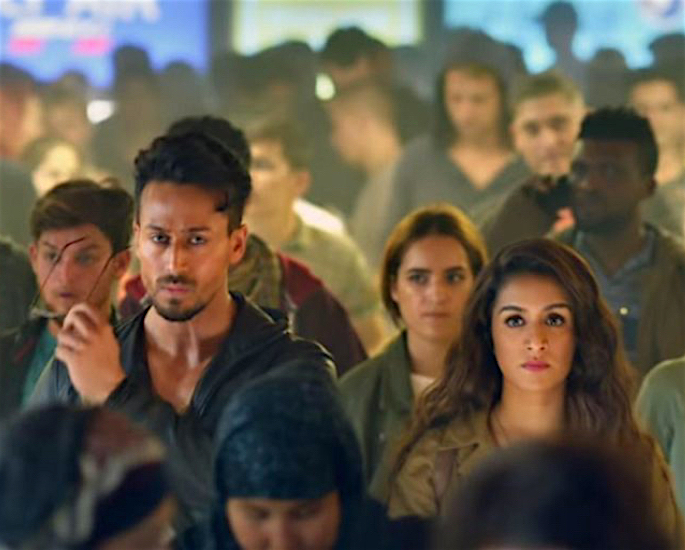 “With Riteish and Shraddha, I feel the movie’s entertainment bar just goes a notch higher.

“It’s Ahmed, Fox Star Studios and the whole team’s hard work and affection towards the movie that gave a monumental kickstart.”

“This shows the love and rebelliousness people have inside them for the real rebel and it’s thrice the love as it is Baaghi 3 (2020) this time.

“The entire energy was channelised to deliver to the Baaghians what they wanted to relish in terms of action.”

“Baaghi is one of the most successful franchises in India, which has redefined ‘action’ in Bollywood.

“With Baaghi 3 (2020), the audiences will enjoy three times more action by Tiger Shroff.

“It’s a film made for hardcore Bollywood buffs and the connect has been proven by the humongous response the trailer has received making it the most viewed Bollywood movie trailer of all time.

“We have had a long and successful relationship with Sajid Nadiadwala and are excited to present the film on March 6th (2020).”

The highly-anticipated film, Baaghi 3 is due to hit theatres on March 6, 2020. We look forward to watching Ronnie (Tiger) take on an entire country.

Watch the Trailer to Baaghi 3 Here

Ayesha is an English graduate with an aesthetic eye. Her fascination lies in sports, fashion and beauty. Also, she does not shy away from controversial subjects. Her motto is: “no two days are the same, that is what makes life worth living.”
Dharmendra gets Emotional Recalling Struggles of his Past
It’s a Baby Girl for Kalki Koechlin & Guy Hershberg!