A horrific “attempted murder-suicide” took place in East London. The incident has left two children dead and their father in a critical condition.

"It sickens my heart, how could somebody do such a thing"

Two children were allegedly stabbed to death by their father in an “attempted murder-suicide”.

Nithin Kumar, aged 40, is in hospital under police guard with critical stab wounds following the attack in Ilford, East London, on April 26, 2020.

It is believed that Nithin “exploded” during lockdown and stabbed his children above a shop at 5:30 pm after finishing his shift at work.

Neighbours revealed how his wife Nisa ran into the street screaming from the couple’s flat following the attack.

Reshna Begum, who lives across the road, said:

“I heard a woman screaming ‘Help me’.

“It sounded like she was being tortured. I knew something horrible must have happened, it went on for about 10 minutes.”

She said she later saw medics carrying a “little body” in a bag outside.

She added: “My heart just sank, it’s devastating, horrific. From a mother’s perspective … I’m still shaken from it, I can’t imagine what she feels at the moment.”

The one-year-old girl died at home while the three-year-old boy was rushed to hospital before dying in a major trauma centre.

Nithin worked in a shop near his home and returned home shortly before 4:30 pm. 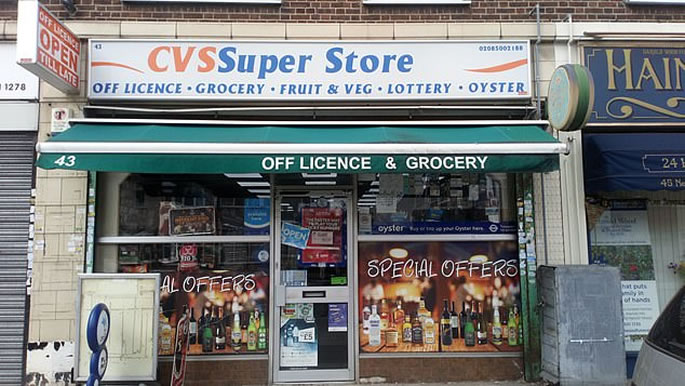 He and his wife are of Sri Lankan origin. The couple have been married since 2014 and were well-known in the local community.

His employer, Shanmugatha Thevadurai, described Nithin, known as Nithi, as a hard worker and popular amongst regulars at the shop.

He said: “Everything was normal. Nithi was a wonderful man and a loyal worker. He opened the shop at 9 am, worked a normal day and made me tea shortly before he left.”

A friend of the family added: “Nisa is devastated. She has lost her two beautiful children and she could also lose her husband because he is in a critical condition.”

Retired builder Thomas Dodds lives close by. He told of his horror of the attempted murder-suicide:

“I could tell something awful had happened from the high pitched screaming.

“It sickens my heart, how could somebody do such a thing to a baby and a three-year-old child? They have no heart.

“There was lots of screaming and panicking and then it just stopped. A couple of years ago something similar happened up the street where a bloke stabbed his wife to death and hid in the shed.

“I was at home last night and I didn’t realise what happened until three police cars turned up. Next thing, three big ambulances and three more small ones arrived.”

Two toy rabbits, one blue and one white have been left at the scene with a note saying:

“Little angels, we are so sorry. Rest in Peace.”

Neighbour Intisar Ahmed said the family had lived there for around two years and that she saw a police officer take one of the injured children outside and try to save him with CPR.

She explained: “I was so, so upset. I couldn’t believe it, the baby on the floor and the policeman trying first aid.

“I saw them put him on the floor and it looks like they had taken the clothes off. I could hear the mother screaming.”

One woman said: “A man and woman lived above the shops with their two children.

“They were happy smiley kids, they were only 12 months and three years old so you can imagine. They were just happy playful children.

“But the family kept themselves to themselves and they weren’t seen out that often. They lived in the flat with the white teddy bears and the snowflakes in the windows.” 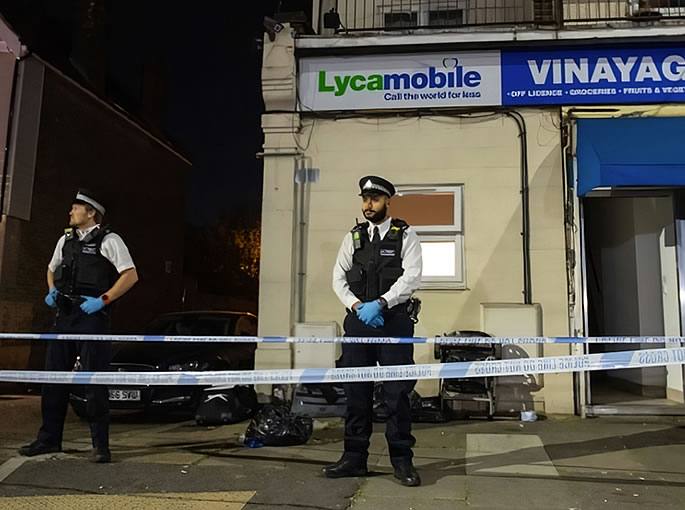 Redbridge Council leader Jas Athwal said: “Earlier today there was an incident in Ilford. Two young children have passed away and an investigation is ongoing.

“My thoughts are with the family and wider community who are grieving this unspeakable tragedy. We ask that everyone please respects the family’s privacy at this difficult time.”

A spokesperson for Scotland Yard said:

“Police were called at approximately 5.30 pm on Sunday, April 26 following reports of a man and two children injured at a residential address in Aldborough Road North, Ilford.”

The Daily Mail reported that police arrived at the scene at 5:30 pm to reports of a man and two children injured.

“Officers, London Ambulance Service and London’s Air Ambulance attended. A one-year-old girl was pronounced dead at the scene. A three-year-old boy was taken to hospital for treatment but subsequently died.

“A 40-year-old man has been taken hospital for treatment; condition awaits. All three suffered knife injuries. It is believed all parties involved are known to each other.

“At this early stage, police are not looking for anyone else in connection with this incident. Homicide detectives from Specialist Crime investigate. Enquiries into the circumstances continue.”

Dhiren is a journalism graduate with a passion for gaming, watching films and sports. He also enjoys cooking from time to time. His motto is to “Live life one day at a time.”
Indian Daughter-in-Law kills Self after poisoning Family
Indian Husband having Affair kills Wife over Property