The 2014 Indian Super league offered a unique opportunity to assess some of the homegrown talent on display. DESIblitz takes a look at 7 of the best Indian footballers who showcased their terrific skills in the tournament.

“The person who really impressed me the most is Rehenesh TP of NorthEast United FC.”

The 2014 Indian Super League proved to be very successful in its first season.

Besides attracting massive crowds and high television ratings, the League fulfilled its promise of promoting the enormous homegrown talent in the country.

Taking centre stage, Indian football stars shined in every department – be it in goal, defence, midfield or forward.

Lets take a look at some of the best Indian footballers who featured in the first edition of ISL 2014: 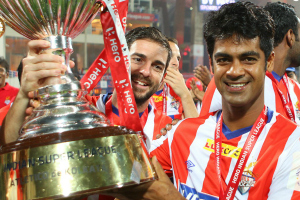 The central midfielder from West Bengal became the ultimate hero of the ISL as he scored an injury time winner in the final against Kerala Blasters FC. This was a remarkable ascent for a player who made only two brief appearances for Kolkata in the League.

Rafique’s historic goal will be an inspiration to a generation of youngsters in the country.

With all the limelight, the twenty-two-year old Rafique has a bright future ahead. He has the potential to dominate the Indian midfield for years to come. 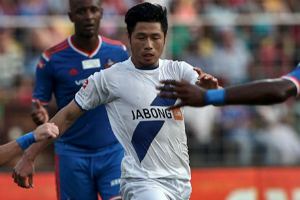 Young talented striker Subhash Singh from Manipur scored one goal in his 12 appearances at the ISL.

He gave a tough time to opposition defenders with his daring runs on the flanks.

Although Ranbir Kapoor’s side finished 7th in the League, this former Pune player managed to leave his mark.

If he maintains his form, it won’t be long before the twenty-four-year old represents the Indian national football team. 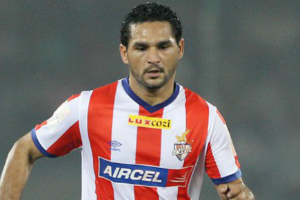 Sahni played an integral part in Kolkata’s success as the first champions of the Indian Super League.

The twenty-seven-year old from Hoshiarpur is an effective playmaker; orchestrating attacks with his driving runs and creativity. 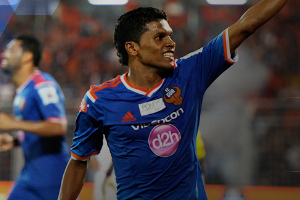 The twenty-two-year old is among the best talents in Indian Football. The right-sided winger justified his selection by netting three goals from eleven outings.

Fernandes scored each of his three goals against Pune City, NorthEast United FC and Chennaiyin FC. During the League, Brazilian legend and FC Goa coach, Zico praised the player saying:

“What we can see from Romeo in the matches is the result of his practice and efforts. It is the fruit of his hard work.”

The 2014 Indian Super League could be the youngster’s platform for springing into the greater football consciousness. 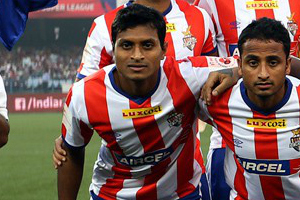 The twenty-five-year old on loan from East Bengal was one of the best central defenders to feature in the tournament.

Having played a crucial role in Kolkata’s triumph, Mondal has been linked with a move to Atletico de Madrid. 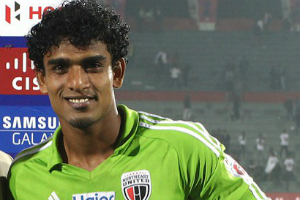 Goalkeeper Rehenesh TP was one of the finds of the tournament. The twenty-one-year old from Kerala organised his defence well from the goal line.

The composed keeper had a phenomenal save percentage of 78% during the ISL – the highest among all Indian goalies.

“The person who really impressed me the most is Rehenesh TP of NorthEast United FC.”

According to fan polls around the world, Rehenesh was voted the best Indian goalkeeper and one of the most promising Indian player in the ISL. 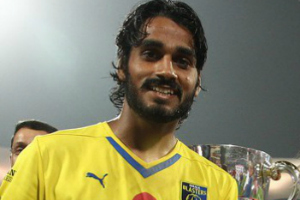 The twenty-one year old centre back from Chandigarh became known for his never say die attitude during the ISL.

His work ethic always stood out in matches, particularly his commitment and eye to win the ball.

Jhingan received the best emerging ISL player award. Several European and American clubs have expressed their interest in signing him.

With a little more exposure some of them can improve further and eventually be ready for the world stage.

Organisers and teams are already looking forward to the 2015 Indian Super League, hopefully providing an even bigger platform to homegrown talent.