As well as presents, Christmas is known for its delicious food. Here are five Desi-style roast turkey recipes to try.

adding sweet and tangy flavours to the mix.

Food during Christmas is one of the best things to look forward to and one of the centrepieces is usually roast turkey.

Turkey is the most obvious choice when it comes to Christmas dinner.

In many British households, turkey is the most popular Christmas meat, offering a meaty, yet buttery taste.

But for an extra layer of flavour, why not put a Desi twist on it?

Marinating turkey with an array of Indian spices will add an enticing aroma, not to mention taste great.

With Christmas fast approaching, it might be a good idea to start planning your menu for the big day. 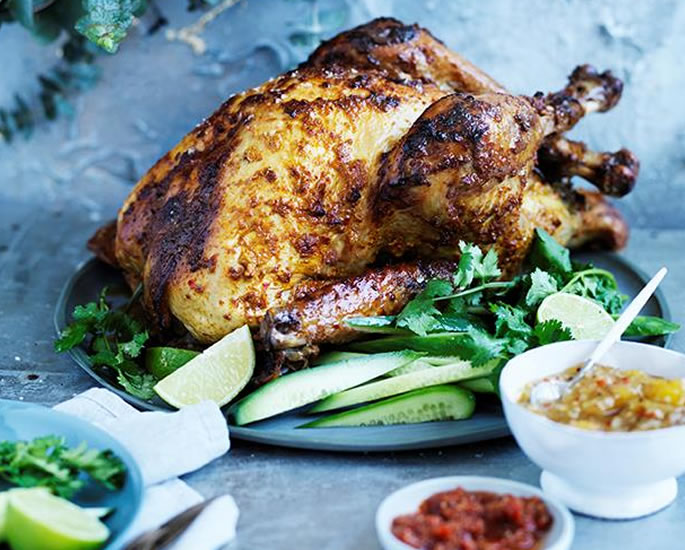 This roast turkey is marinated with an array of spices, giving it a deep, warming flavour, perfect for Christmas.

It features two very different chutneys which complement the main dish, adding sweet and tangy flavours to the mix.

The marinade and chutneys all benefit from being prepared ahead, giving the spicy flavours time to get to know each other.

Both chutneys can be made up to a week ahead.

This recipe was inspired by Gourmet Traveller. 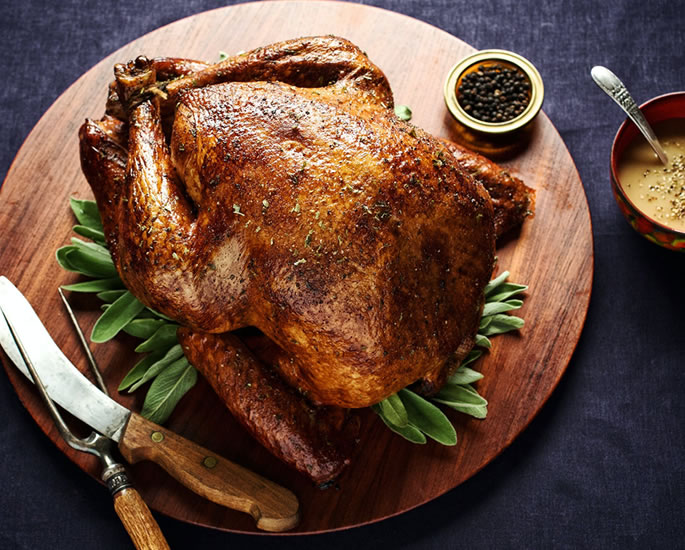 This tandoori turkey is a Christmas feast with a difference.

Smothered in an aromatic paste of Indian spices and left to marinate overnight, the skin and meat of the turkey take on an incredible flavour and golden colour.

Enjoy with all your usual trimmings.

This recipe was inspired by Good to Know. 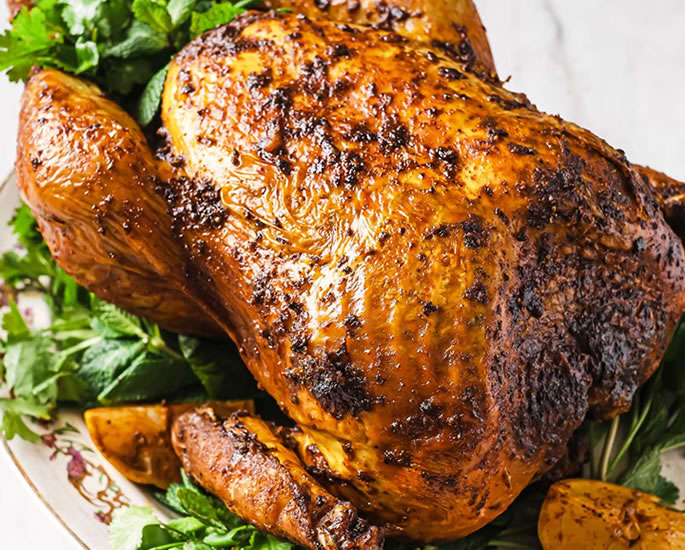 Unlike other roast turkey recipes, this one sits in a brine beforehand.

By doing this, the natural flavours of the turkey are amped up before even more flavour is added.

It is paired with a green chutney, which is both refreshing and spicy.

This recipe was inspired by Flour and Spice. 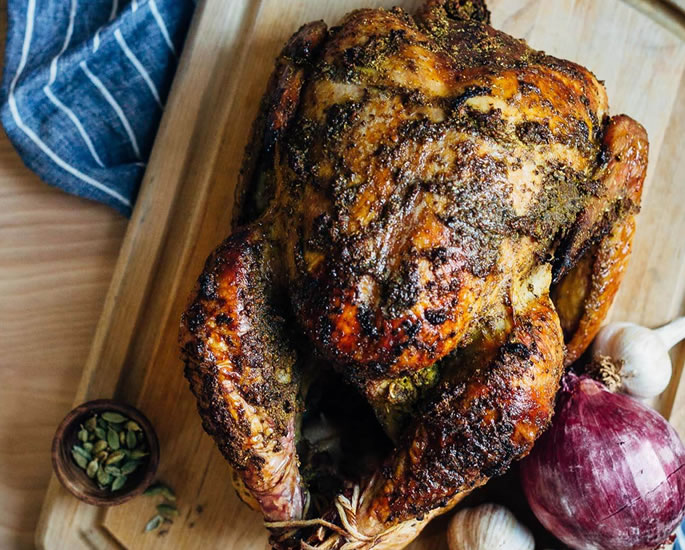 For many people, achieving an authentic tandoori flavour is difficult because many households do not have a tandoor.

But thankfully, you can achieve a similar flavour with this recipe, thanks to a small piece of charcoal, a small ovenproof ramekin, a little oil and heatproof tongs.

The result is layers of spice and a distinctive smoky flavour, making this a great option for Christmas.

This recipe was inspired by Lins Food. 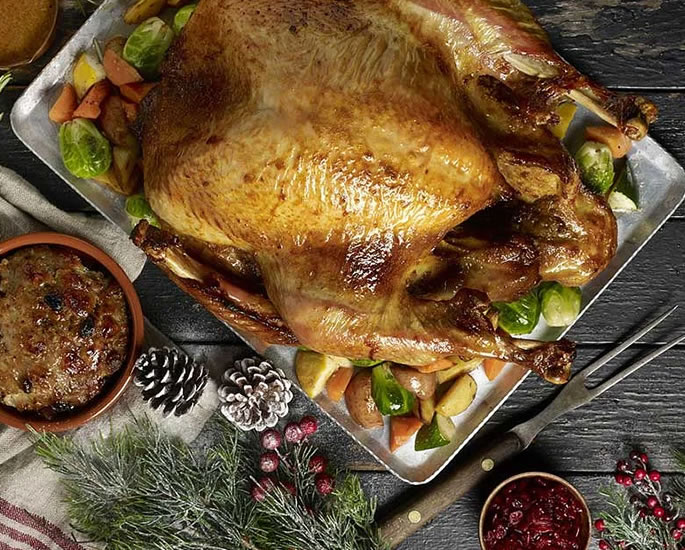 When it comes to Christmas, stuffing is one of the main things.

For a Desi-style Christmas dinner, stuff your turkey with vegetable biryani.

Not only will this add even more flavour but since biryani is a regal dish, it is only fitting for such occasions like Christmas.

This recipe was adapted from Open Rice.

These roast turkey recipes will help ensure that you have a fulfilling centrepiece to go with your potatoes and vegetables on Christmas Day.

They are marinated with various Indian spices and some are even cooked differently, giving the standard turkey an added oomph.

So as Christmas draws closer, these recipes are options to think about.

How has the Cost of Living Crisis affected Curry Houses?
10 Best Indian Cocktails to Enjoy at Christmas