Winners of the Zee Cine Awards 2014

The 2014 Zee Cine Awards held at FilmCity in Mumbai saw big wins for Chennai Express, Bhaag Milkha Bhaag and Aashiqui 2. The ceremony which was held on February 8, aired on Zee TV on February 23.

Chennai Express and Bhaag Milkha Bhaag went ahead with the highest number of nominations.

In the heart of award season, Bollywood arrived onto the red carpet to celebrate the Zee Cine Awards 2014. The ceremony took place at FilmCity in Mumbai on February 8, 2014.

The awards, which were made memorable for its late timing, the hosts of the night, were the Abhishek Bachchan, Riteish Deshmukh and Manish Paul who provided lots of comic moments and sharp comebacks, keeping the starry audience entertained.

Those taking the stage with some great performances included Deepika Padukone, Ranveer Singh and Akshay Kumar. 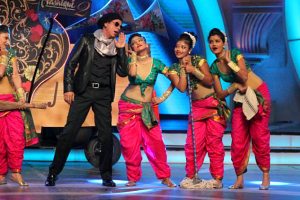 Akshay in true action style, tore up the stage by arriving on a motorbike, proving that he is the Number 1 Khiladi.

Shahrukh Khan also took to the stage in an extended performance of each of the Best Film nominees including his own Chennai Express, Yeh Jawaani Hai Deewani, Bhaag Milka Bhaag and Dhoom 3. Teaming up with Bharati, the spoof performances provided a lot of laughs throughout the hall.

As King Khan was unable to dance himself because of his Happy New Year injury, he decided to offer a different kind of entertainment through some magic tricks. And we have to admit, they were pretty impressive. Prior to the event, ZEE Managing Director and CEO, Punit Goenka said:

“Shahrukh has been an integral part of every edition of Zee Cine Awards over the years. We’re extremely glad that we will have Shahrukh perform exclusively and only at Zee Cine Awards this year.”

The awards also showcased upcoming release Total Siyapaa featuring Ali Zafar and Yami Gautam. Goneka added: “Every year the talent recognised by our viewers continues to inspire us with the depth and richness that the Hindi film fraternity represents. 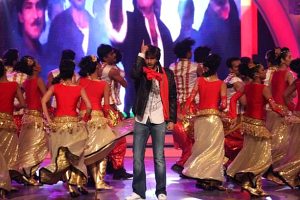 “We will support extraordinary new films who need a platform like the Zee Cine Awards to showcase it to the industry, and that’s why we are so pleased to support Total Siyapaa.”

Chennai Express and Bhaag Milkha Bhaag went ahead with the highest number of nominations between them, 15 and 11 respectively. And they fared well as the winners were announced, receiving the maximum number of trophies along with Aashiqui 2.

Both Yo Yo Honey Singh and Priyanka Chopra were recognised as the International Style Icon award for moth male and female respectively, while Ritesh Batra took the award for The Lunchbox.

And the winners of the Zee Cine Awards 2014 are:

BEST ACTOR IN A COMIC ROLE
Varun Sharma for Fukrey

SONG OF THE YEAR AWARD
Tum Hi Ho from Aashiqui 2

While the awards will be remembered for how late into the night they fared, as always the star-studded hall promised a great viewing experience. The Zee Cine Awards 2014 was truly a spectacular night full of entertainment. Congratulations to all of the winners.

Aisha is an editor and a creative writer. Her passions include music, theatre, art and reading. Her motto is “Life is too short, so eat dessert first!”
Hasee Toh Phasee ~ Review
Dabboo Ratnani amazes with 2014 calendar