An Indian couple from Bengaluru is receiving a lot of attention after their baby boy was born. The child weighed a whopping 5.9 kilograms.

A baby boy was born on January 18, 2020, and weighed 5.9 kilograms. This has led to several visitors at Vanivilas Hospital in Bengaluru.

The baby is said to be the “heaviest” the hospital has seen so far. The infant was delivered via C-section and is completely healthy.

This is Yogesh and Saraswathi’s second child. Initially, doctors thought the mother was having twins as she weighed 80 kilograms.

But they were in for a surprise when the child was born.

Doctors and nurses were left shocked when it came to weighing the child. It read 5.9 kg, which is unusual for a baby to weigh that much. Not only that but the infant measured 56 centimetres.

She told Times of India:

“This baby is absolutely fine. It is a 5.9 kg baby boy and at the time of admission, definitely, we had some challenges.”

Dr Shivamurthy went on to say that they have never seen a newborn that heavy.

“In our hospital, we have seen up to 5.1 kg baby and that was a very rare case that happened four to five years back and normally, the baby would be between 2.5 and 4.2 kg.” 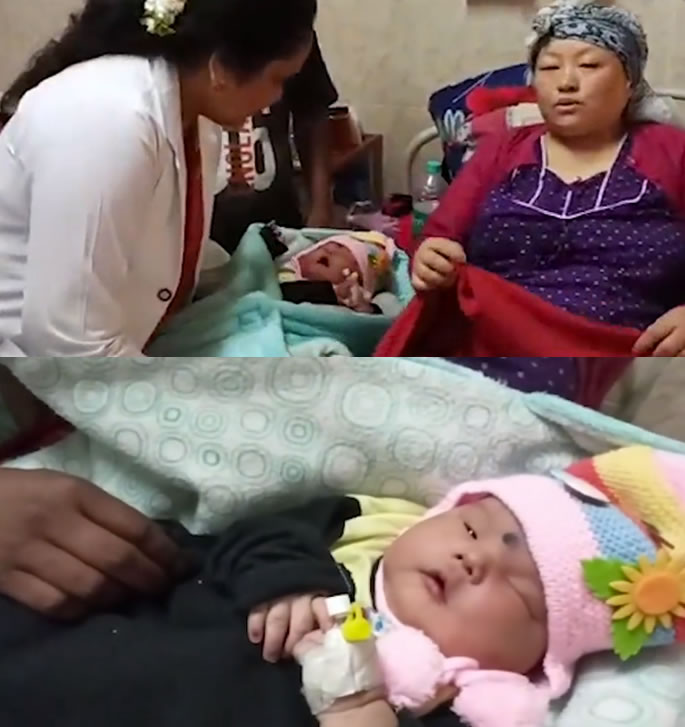 On the possibility that it is a record in Karnataka, Dr Shivamurthy said:

“Record maintenance would be available but only when the paediatrician feels that it is the heaviest baby. We are going to have a discussion but recently, in 2016 that is the most recent update.

Dr Shivamurthy discussed the possible reasons why the infant weighed so much.

“Normally when there is a heavy baby, it is usually to with the mother so we try and rule out any predisposing factors like diabetes in pregnancy and also hypothyroidism.

“All these things, we are going to evaluate but now, this mother doesn’t have any of these conditions.”

Saraswathi said that she was fine following the birth of her second child. She said that the newborn is completely healthy.

She revealed that her second child was born 14 years after having her first. Her first child weighed 3.5 kilograms.

Paediatrician Dr Sahana explained that babies tend to lose weight in the days after their birth. In the case of the 5.9 kg baby, she said: “It is almost 5.5 kg.”

Dhiren is a journalism graduate with a passion for gaming, watching films and sports. He also enjoys cooking from time to time. His motto is to “Live life one day at a time.”
Indian Husband Kills Wife with Axe suspecting Affair
Indian Teacher’s Daughter commits Suicide