Indian Baby born 38,000 feet in the Air during Flight

An extraordinary incident occurred in which an Indian baby was born at 38,000 feet in the air during a flight to Jaipur.

she began to feel pain inside her stomach.

The baby and mother, Lalita, are both healthy.

After the plane landed, both were taken to hospital for check-ups.

Lalita and her husband Bhairo Singh went to a doctor to seek advice on air travel. They planned to have a home birth in her native village.

The doctor told the couple that the baby was not due for another month and allowed them to travel.

However, while on the flight, Lalita suddenly started feeling labour pains. Fortunately, a doctor had been on the plane and helped deliver the baby.

The plane eventually landed at Jaipur Airport and the mother and baby were taken to hospital.

Lalita recalled the incident. She explained that it was her first time travelling on a plane.

After seeking advice from the doctor, the couple travelled.

Lalita said: “I boarded the plane with my husband. There I had already told the air hostess that I was going to my village for delivery.

“So she was already aware and was repeatedly asking me if you had any problem.”

An hour into the flight, Lalita went to the bathroom. While inside the bathroom, she began to feel pain inside her stomach.

Lalita then alerted an air hostess who subsequently asked if there was a doctor on board.

A doctor named Shabana Nazir was on the plane and upon hearing the announcement, she went to Lalita.

Lalita could not believe what was happening. She was going into labour while on a plane.

Dr Nazir requested the help of the crew members. They initially asked Lalita to walk but when the pain became more severe, they told her to lie down.

The doctor started working on the Indian baby’s delivery while the air stewards provided necessary equipment.

The area of the plane was evacuated, with other travellers standing at the front and back of the cabin. 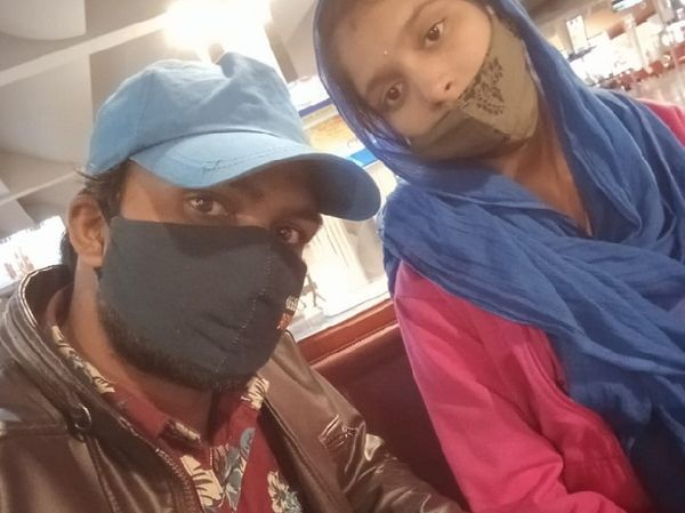 Lalita continued: “I had understood that now I am ready for delivery before reaching the hospital, but apart from this, I could not see any option.

“At such a height, everything was left in the hands of the one above.”

Lalita’s labour pains continued and after two hours, the Indian baby was born. She gave birth to a boy.

The plane landed a short while later and 116 passengers became 117.

On her time in labour, Lalita said:

“When the doctors and crew members were doing their work, I was constantly remembering God.

“I did not know what was going to happen, but I was gently told that Jaipur is very close and the aircraft is taking a landing position.”

She has named her son Akash and called the unique birth a “miracle”.

Other passengers said it was a memorable moment that would be an intriguing story.

Lalita’s husband Bhairo explained that the airline staff had informed the airport of the birth in advance.

The ambulance was already there by the time the plane landed.

Lalita was originally taken to a private hospital, however, the cost was too high. She was then taken to another hospital half an hour later.

Dhiren is a journalism graduate with a passion for gaming, watching films and sports. He also enjoys cooking from time to time. His motto is to “Live life one day at a time.”
Indian Woman Chased to her Death by gang of Monkeys
Man jailed for subjecting Wife to Years of Abuse