Indian Couple arrested for Stealing Baby that was Recovered

An Indian couple from Amritsar has been arrested after they abducted a baby. The newborn child was later returned to their family.

when she picked the infant up, Kaur escaped the area.

An Indian couple was arrested and taken into custody after they were responsible for stealing a newborn baby.

The incident happened in Amritsar near the Jallianwala Bagh Martyr’s Memorial Civil Hospital. The child was later recovered by the police and handed back to the family.

Police officers revealed that the suspects were identified as Gurjit Singh and Simran Kaur.

Kaur worked part-time for an insurance company while Singh was a personal trainer at a gym.

The child’s grandmother, Hardish Kaur, had been looking after the nine-day-old baby as the mother remained in hospital. She told officers that Kaur approached her saying that she worked for the government.

SHO Neeraj Kumar said that Kaur had visited the hospital on two occasions with the intention of stealing the baby. This included September 30, 2019, when the baby was kidnapped.

On September 29, 2019, Kaur had approached Hardish and convinced her that she was a government employee and they spoke for several hours.

The next day, they met and she claimed that she wanted to photograph the baby, however, when she picked the infant up, Kaur escaped the area.

Hardish immediately alerted the police and officers began an investigation. They identified the Indian couple by reviewing the CCTV footage.

The police also found out that Kaur had tried to call the family twice.

Officers were able to track down the suspects to an area in Sultanwind, Amritsar, and they were arrested.

The baby boy was found in a safe condition and Commissioner Dr Sukhchain Singh Gill handed the child back to his grandparents. 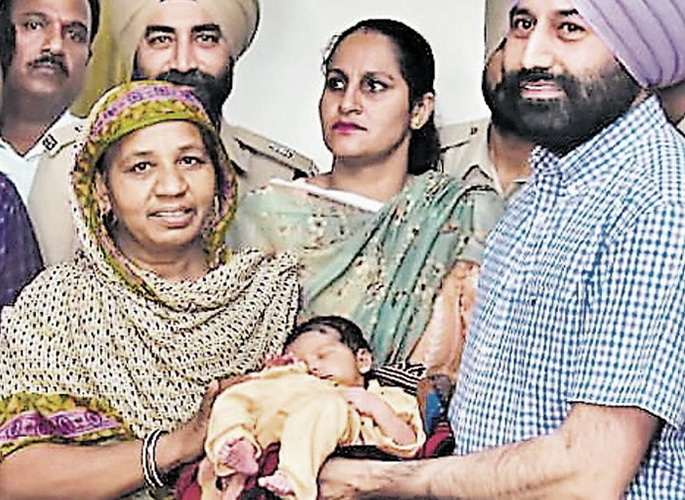 Although the baby was healthy, a medical checkup was conducted in order to make sure that nothing was wrong.

Officers initially thought that the couple had intended to sell the child but they decided to continue with their investigation.

They found out that the couple planned to keep and raise the child as their own.

Kaur and Singh had been married for three years but were never able to have children.

Whenever Kaur fell pregnant, she would suffer a miscarriage. This led to them planning to adopt a child but it never came to fruition.

This made the couple more desperate for a child to the point that they came up with a plan to kidnap one.

According to the police investigation, the Indian couple had attempted to abduct a newborn child from the Sultanwind area in the past but were unsuccessful.

Dhiren is a journalism graduate with a passion for gaming, watching films and sports. He also enjoys cooking from time to time. His motto is to “Live life one day at a time.”
Solicitor committed Housing Fraud in East London
Indian Man shot his Wife and Dies after Shooting Himself