What to Expect from Mortal Kombat 11

The 11th instalment of the hit fighting franchise comes out in April 2019 and comes with new features. Here is what to expect from Mortal Kombat 11.

it is no surprise that many players chose to play as him.

Mortal Kombat 11 is the next instalment of the popular franchise and is set to be released in April 2019.

The franchise as a whole has been a success since the first game was released in 1992. This new game, however, takes arcade fighting games to a new level with its exceptional graphics and features.

It was announced in December 2018 and it had fans excited especially because 2015’s Mortal Kombat X was such a success.

Mortal Kombat 11 follows the same premises of the previous games where two characters battle against one another in a specific location.

It may look the same as it’s predecessor but the developers refined many of the features to make for an even better gaming experience.

There are still some new features which have been added as well as a variety of game modes to get stuck into.

The franchise is known for its memorable characters and this new game keeps it that way. Old favourites return but there are also new characters which have been introduced.

The release of Mortal Kombat 11 is just around the corner so we look at what to expect from the game.

When does it Release? 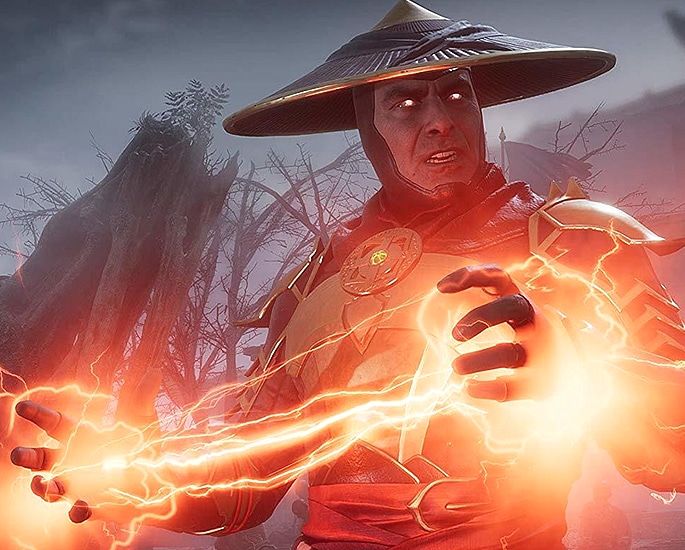 Mortal Kombat 11 will be available for PlayStation 4, Xbox One, Microsoft Windows and Nintendo Switch.

For those who pre-ordered the game on PS4 or Xbox One, a closed beta was available.

It gave players a taste of what to expect once the full game was out.

Gamers could choose between Baraka, Jade, Skarlet, Kabal and Scorpion when playing and they could try out the customisation features.

Scorpion is one of the most popular characters in the entire franchise so it is no surprise that many players chose to play as him.

But it doesn’t change the fun gameplay, because the new combat style has been enhanced.

As with the previous games, there are an array of moves which may require some time to master, it may be difficult at first but it will be an enjoyable experience.

Combat is about more than just good combos or chain attacks. It’s really about trying to dominate the battlefield and here is where you absolutely will fall in love with the game. 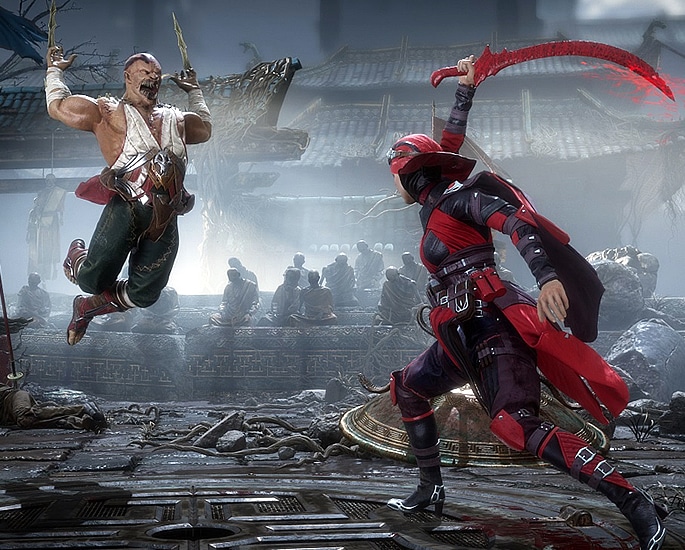 NetherRealm Studios has built on its strengths of combining an engaging story along with customisable fighters and different characters to choose from.

The Mortal Kombat series has a reputation for it’s ‘Fatalities’ and the 11th game takes detailed violence to a new level.

The system remains familiar to returning gamers but the developers have made a few crucial tweaks.

Special meters return but unlike previous games where there was one bar that could be used for either offensive or defensive measures, there are now two separate bars to use for overpowered attacks or combo escapes.

Flawless Block rewards gamers for timing when they block incoming attacks. They act as a parry that gives you an opening for a counterattack.

Fatal Blows looks to be the new X-Ray attack. Like X-Ray moves, they also cause a lot of damage but they only become available when a player’s health goes below 30%.

They can only be performed once per match but when done, there are close-up, slow-motion displays of over-the-top violence.

The newest feature that has fans most excited is the extensive customisation options.

It introduces a Gear system, similar to Injustice 2 where players will be able to customise their character’s appearance as well as their move lists.

This is an improvement over the variation system that was seen in Mortal Kombat X. Each character has their own set of unique outfits and weapons.

These can be further customised by players through the Custom Variation feature.

It is not known how you will collect new gear, but it looks like they will come with ‘augment slots’.

It is likely that the game will come with a tournament mode like the one in Injustice 2 for those who do not want to deal with potentially overpowered character specialisations in a competitive environment. 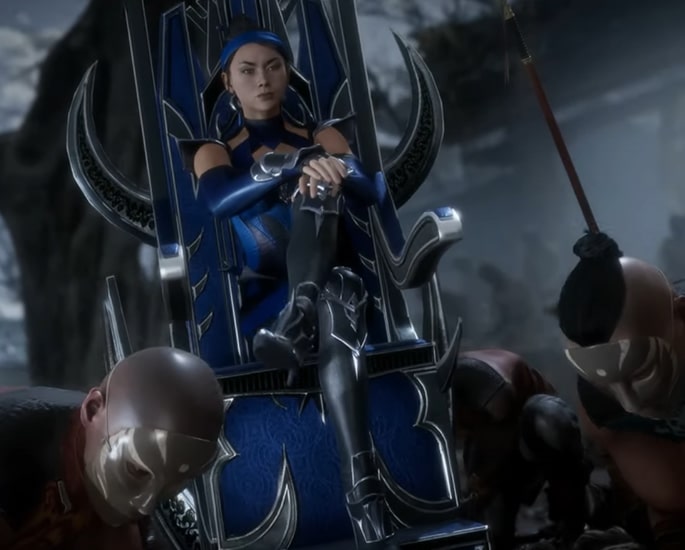 A with the previous games, there is an extensive roster of characters. This game has a total of 24 characters and one available as a DLC.

Some fan favourites return such as Baraka, Raiden, Scorpion, Sonya Blade and Sub-Zero.

While some voice actors will not reprise their role, the developers have gone big when it comes to casting the voice of Sonya Blade.

She will be voiced by MMA legend and current WWE star Ronda Rousey who explained her excitement.

“I’ve been a lifelong Mortal Kombat fan, and Sonya Blade was the first kick-ass, female video game character that I related to.

“Now I get to voice her in Mortal Kombat 11.

“It’s a dream come true to be a part of the Mortal Kombat franchise that I grew up playing.”

Other favourites include Johnny Cage and Shao Kahn but there are three new characters which will be part of the new game.

As well as Kronika, who is the main antagonist, Cetrion, Geras and Kollector will make their Mortal Kombat debuts and will be playable characters.

Geras has the power to control how time flows and many of his attacks are sand-based.

Cetrion is an Elder Goddess who possesses the power of the four elements and is the sister of Shinnok and the daughter of Kronika.

Kollector is a six-armed jewel collector. He is a servant of the Outworld realm and cares for his wealth. Anyone who challenges it will be in for a fight.

While there are a plethora of characters, the customisation of move sets essentially means different versions of each character.

Characters can have a range of fighting styles and moves which is almost like playing as two different characters.

It may be one of the most exciting elements within Mortal Kombat 11 when it is released. 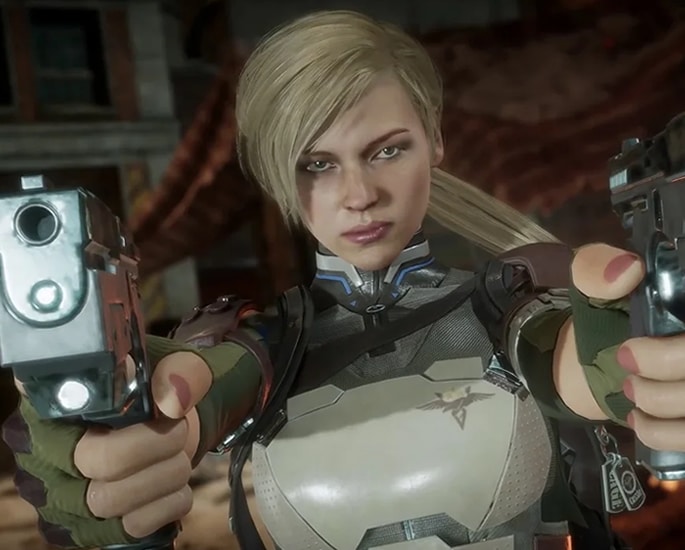 Like with many of the previous games, Mortal Kombat 11 has various game modes to suit all types of gamers.

A new story mode takes place after the events of Mortal Kombat X. After Shinnok was killed, the balance of history has been upset.

As Raiden plans on protecting Earthrealm, a mysterious character named Kronika arrives and calls herself the “Keeper of Time”.

She is attempting to bring order to the universe using any means necessary, that includes getting rid of Raiden for messing with the events of the past.

Kronika is the first female boss character in any Mortal Kombat title and this story campaign puts players in control of several past and present characters.

The story is not the only mode, the Towers of Time builds on the Challenge Tower from before and will test the player’s skills.

There will also be online modes for you to test yourself against players from around the world.

While the game modes have also been taken to new heights, NetherRealm Studios prioritises on having a number of modes to suit different gaming preferences. 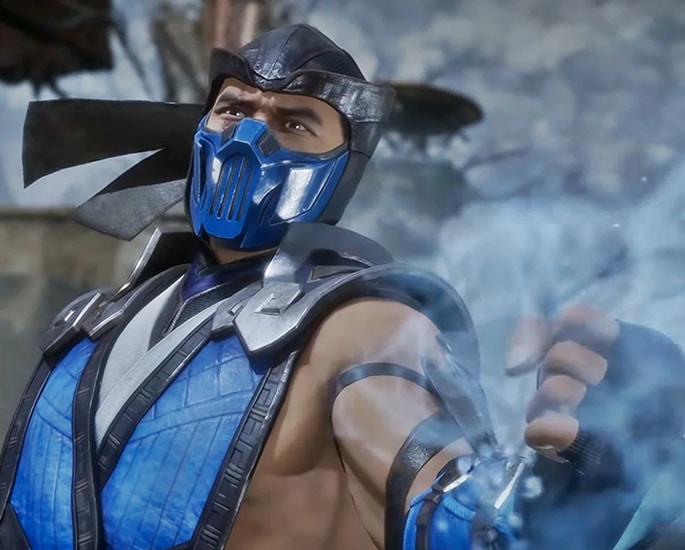 It seems like the matchmaking has been tweaked to match you with similar ability opponents when playing online.

The game will use a ranking system which continuously tries to find people who have won a similar percentage of games as you.

For example, if you have won 25 matches in a row, you will be matched up against other people who have also won a similar number of matches.

This makes online gameplay much more competitive as you are always being challenged.

Mortal Kombat 11 is a very different kind of fighting game compared to others.

If you’ve never sat down with a controller in your hand and tried to get good at these, then you must try it now.

The most significant difference between this and other fighting games is that they are very strategic. There is a lot of strategy in your motion in the world of combat.

It can be a little bit slower and methodical which means that you need to try and carefully predict what your enemy is going to do so that you can properly counter them.

The online aspect of Mortal Combat 11 has been refined to create a unique and enjoyable gaming experience.

The franchise as a whole has been a success and this game looks to be that way when it comes out.

NetherRealm Studios have focused their efforts on making what was already good even better. All their developments will be showcased in each game mode.

While it appears as if they have just enhanced the previous game, the added features make the game much more than that and is capable of attracting gamers who have previously never played a Mortal Kombat game.

Keeping the introduction of new characters to a minimum is a smart move and it will be intriguing to see how they will fair in popularity among gamers.

When it releases on April 23, 2019, Mortal Kombat 11 is certain to showcase ‘Fatalities’ in all its goriness.