She has since retired from the industry and has distanced herself.

Shortly after her retirement, Mia gave an interview on BBC’s HARDtalk.

Her comments have now resurfaced. Speaking to Stephen Sackur, Mia spoke about the differences between pornography and real life.

“No one is going to do those acts on a Wednesday night with the ones they love. 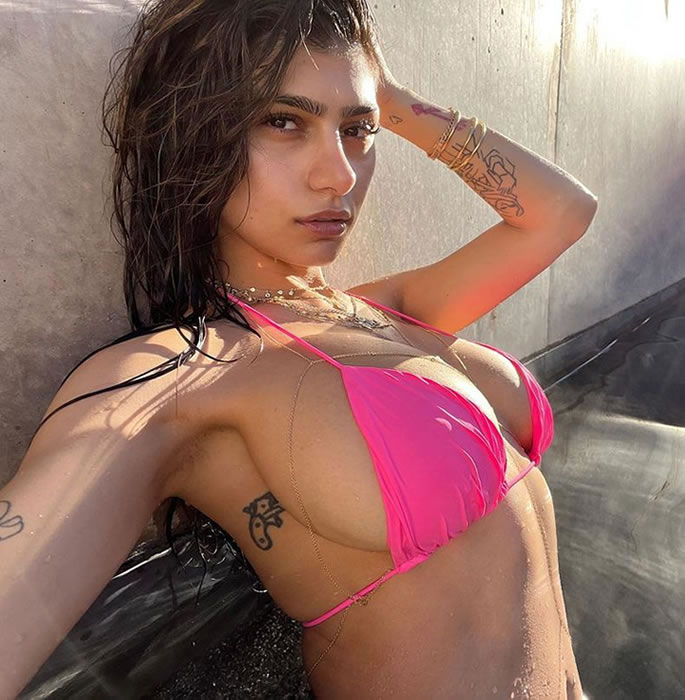 She starred in an adult film where she was wearing a hijab.

However, the video had a serious effect on her life.

Mia explained: “I verbatim told them they were going to get me killed. I was scared.

“I knew that if I said no – they’re not going to force you to do it as it’s rape – I was still scared.

“I was intimidated and nervous.”

The video also saw her family publicly disown her.

Mia admitted that it left her feeling “alienated and alone”.

She continued: “There was no one to tell me what to do or say that this is wrong.

“My family had no clue what I was doing, and they disowned me when they found out.”

“I felt completely alienated and alone.

“I just realised that some mistakes aren’t forgivable, but time heals all wounds and things are getting better now.”

Since leaving the adult film industry, Mia has become an influencer and this is something she has succeeded at as she now has 4.7 million Twitter followers and 27.6 million Instagram fans.

Throughout 2022, Mia Khalifa has been on a world tour, visiting Ibiza, Berlin and Paris among others.

She was recently in the UK where she made a surprise visit to Faversham and complained about the London traffic.

Dhiren is a journalism graduate with a passion for gaming, watching films and sports. He also enjoys cooking from time to time. His motto is to “Live life one day at a time.”
7 Best Long-Lasting Foundations for Desi Women
Woman who lost 30kg reveals Weight Loss Secret