Three jailed for Killing Saxophone Player in front of Girlfriend

Three men have been jailed for the “vicious” killing of a talented saxophone player at his home in Redditch in front of his girlfriend.

"you engaged in the most despicable betrayal possible."

Three men have been jailed for life after a saxophone player was stabbed to death in front of his girlfriend in his flat.

The incident happened at his home in Guinness Close, Redditch, on July 15, 2020, in an unprovoked attack by the men who wanted to rob him.

Colton Bryan, aged 22, regarded two of his killers as friends but they “betrayed” him in the “most despicable way possible”.

Earlier in 2021, Mohammed Hussain, Adam Carpenter and Faisal Fiaz were found guilty of murder. They were also convicted of conspiracy to commit robbery.

“Colton Bryan was just 22 and had a full life to lead when he was stabbed in his own home.

“The three of you were engaged in selling drugs on the streets of the West Midlands.

“Despite being a young man with many talents, Colton Bryan was running a modest operation of selling cannabis to friends in Redditch.”

Worcester Crown Court heard that the trio were among a group who conspired to rob Mr Bryan and were ready to cause serious harm if necessary.

Carpenter visited Mr Bryan on July 15, 2020, and provided access to his flat for his accomplices by leaving a stone to keep the door wedged open.

He then sent a text, giving the go-ahead for the robbery.

Judge Burbidge said: “Colton treated you [Carpenter and Fiaz] as friends but you engaged in the most despicable betrayal possible.

“Colton did suffer mental anguish, he realised he was losing his life.

“He was highly talented and beloved – he had a promising career in music which was blossoming already.

“The family’s loss is immeasurable and they have been left shattered.”

The saxophone player was stabbed in the chest with a 10-inch blade in front of his girlfriend and lost a “significant” amount of blood as he laid in the living room. 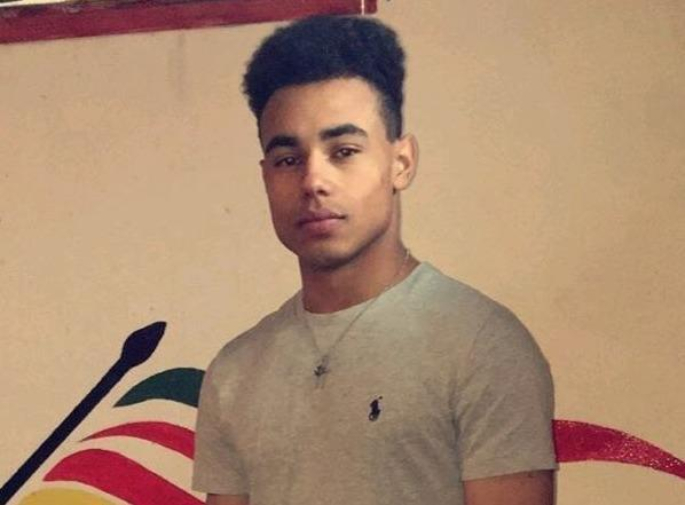 A neighbour had said that she tried to save Mr Bryan and gave him first aid for 20 minutes.

She recalled: “I heard screaming and first of all thought he’d just had a row with his girlfriend, but it went on and on and got louder so I thought I’d better go round.

“I banged on the door and there was no answer, but I could hear screaming and crying from inside so started hammering on the door, saying ‘is everything OK?’

“The door then opened and a man came out, barged past me and ran down the stairs.

“He was dressed all in black and had a mask over his face and was bleeding.

“I went inside and it was like something from a horror movie – there was blood everywhere – on the walls, floor, everywhere.

“A man was lying on the sofa drenched in blood.”

The neighbour went on to say that Mr Bryan’s girlfriend was trying to stem his wounds using a pillow and towels.

She then took over and used a large towel.

The neighbour continued: “He had a cut on his hand, but the big one was in his chest, so I put the towel over that, kept pressing down and lay next to him on the sofa and cradled him and tried to keep him talking.

“It took about 20 minutes for the ambulance to come and then they came in and took over.”

“They got him on the living room floor and gave him CPR, but it was too late, he was already dead, he had died in my arms.”

Following the trio’s conviction, the saxophone player’s family said the thought of continuing their lives without him was “unbearable”.

They added: “To all those that have been affected, it would be an understatement to say that our lives will never be the same.”

Mohammed Hussain, aged 24, of Birmingham, will serve at least 24-and-a-half years in prison.

Faisal Fiaz, aged 21, of Redditch, was jailed for a minimum of 23 years.

“This was a vicious and unprovoked attack on a young man whilst in his own home.

“I am pleased the jury have considered the role that each defendant undertook as part of the attack and rightly found each of them guilty for the murder of Colton.

“Our thoughts continue to remain with the family who have acted with great dignity and courage, particularly throughout the court process.”

Dhiren is a journalism graduate with a passion for gaming, watching films and sports. He also enjoys cooking from time to time. His motto is to “Live life one day at a time.”
One-Legged Indian Woman teaches Children Door to Door
Indian Woman Chased to her Death by gang of Monkeys