The Honeymoon is over in Desi Rascals!

In the second episode of Desi Rascals, how does the newly-married Shreena adjust to living with the Varas? And which Desi Rascals are on their path to finding love?

"If I learn to cook Indian food and do it better than you, your heart’s going to break.”

Episode two of Desi Rascals gave us some much needed answers following the premiere of the British Asian Reality show earlier in the week.

As viewers are getting used to the familiar faces of the London Desis, we’re eager see if young love is on the horizon, and who needs an extra helping hand.

And following the Desi wedding of the year, is the honeymoon now officially over for Shreena and Prakash after settling into the Vara family home? 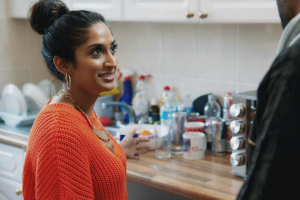 As episode two begins, it seems living in the Vara household isn’t as straightforward as Shreena hoped it would be.

With Anita feeling threatened on the one hand, space is also an issue.

The kitchen now resembles a car garage. Among the many treasures that Anu and Shreena find, there are a set of car bumpers, a spare steering wheel on the cooker, and a birthday cake from Prakash’s 27th (he’s now 30!)

Shreena eventually confronts Prakash in their first domestic as a married couple. An off-hand comment from Praks provokes her to say: “Woman of the house does not mean cleaner of the house.”

All the while, Praks is accused by brother Sunjay of being ‘under the thumb’. He quips: “Remember to get your permission slip signed next time.”

Shmoyel and Yasmin? Or Jo? 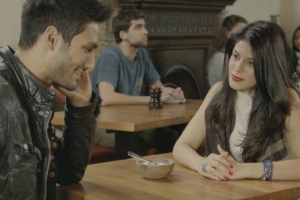 Shmoyel and Yasmin, who met each other in episode one, enjoy a friend-date at the café.

As they have a chuckle about Owais’s stunt in the previous episode, it seems like all is going well.

But disruption arrives in the way of Manoj Shah-turned-Cupid/Asian Dad who calls Shmoyel to invite him for a spot of golf and set him up with daughter Jo.

Shmoyel later politely declines Manoj’s invitation to date Jo, and poor Manoj’s face drops when he finds that Moses is keen to take his place. Awkward.

The Dalliances of Owais Khan 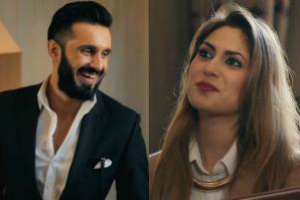 With a Pakistani father and Italian mother, Rita describes herself as a ‘Pakistalian’, who loves eating pasta with curry. Mmmm.

Owais, always the charmer, drops another priceless bar: “I didn’t know they made estate agents that looked this good.”

The quick-witted Rita responds: “You’re like the Big Friendly Giant, I love it! Like BFG. Remember Roald Dahl?” Ouch!

Owais is persistent though: “I do get nervous around ppppppretty gggggirls.” Is this his genuine charm or is he playing games? 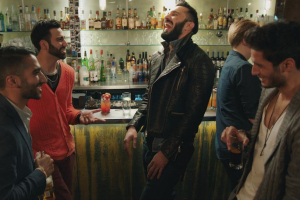 Whether it’s in the gym or at a bar, the Desi lads never fail to bring the banter.

Praks wins the award for the worst gag so far: “Someone needs to get him some sellotape. He’s ripped!”

Owais fancies himself as bit of an Archbishop of Banterbury. A true raconteur, and classy as ever, he tells of his encounter with Rita.

Shmoyel replies: “She’s got a boyfriend though.” To which Owais responds: “Yeah. And?”

Shmoyel, or Shmodel, as they now call him, points to Owais’s abs and jokes: “Would you like to check out my property portfolio? This is block one. Block two.”

Praks redeems himself: “8 blocks. 2 penthouses. A couple of beach houses.”

At Home With the #Shahdashians 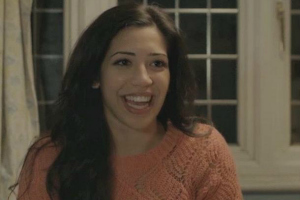 Jo is not happy to find out that her dad was asking out a boy on her behalf: “It’s cringe having your dad ask somebody, ‘Will you go on a date with my daughter?’”

But Nathalie is not yet convinced that ‘Beardy Momo’ is the right one for her sister: “He’s going to need the Shah interrogation!” Watch out Mo!

Mum Celia is also keen to throw old Asian traditions out of the window. She asks of her husband:

“Why are you so stuck on an Indian boy? She can marry outside of the Asian culture. I mean we did.” 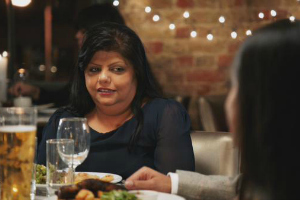 The underlying tension spills over, literally, when the waiter accidentally drops the beers on Anita, and Sunjay fails to hide his laughter.

Prior to the meal, Praks reassures Shreena that he will have her back. But she responds: “We’re not in a boxing ring, babe.”

However, given the jab-cross-hook combo that Shreena (metaphorically) throws during the dinner, you would think otherwise!

Shreena says: “If I learn to cook Indian food and do it better than you, your heart’s going to break.”

Anita responds with her own shot: “I’ll be the happiest woman if you can cook better than me. Then I won’t have to cook again.”

Girls in the City 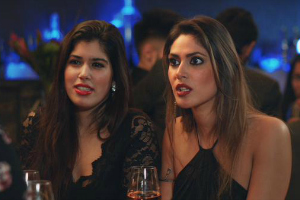 In the midst of a girly catch up, Rita declares: “All us girls are going to stick together.”

This is a noble theory but does not always work well in practice. Especially when boys are thrown into the mix.

Nathalie concedes that she has an interest in Owais. (Let’s face it, who doesn’t?)

So she is not overly thrilled to hear Rita talk about the awesome time that the pair shared at the viewing.

Rita says: “He’s got a real presence and charm about him. He’s like the kind of person I feel like I hit it off with straight away.”

The girls might need to watch out though as there is another dancing queen about the town in the form of Arshina. She’s certainly not one to mess with!

You can find out what happens next in the third episode of Desi Rascals on Tuesday 27th January 2015 at 8pm on Sky Living.