The Taste of Khyber takeaway owner Zahoor Khan was convicted for breaching hygiene regulations after mouse droppings were found inside food.

"Work surfaces were again covered with mouse droppings and urine."

Zahoor Khan, the owner of The Taste of Khyber Restaurant and takeaway in Alum Rock Road was sentenced to four months in prison, suspended for 12 at Birmingham Crown Court on Thursday, January 24, 2019, for breaching food hygiene regulations 12 times.

This comes after mouse droppings were found in the kitchen and in food.

The breaches occurred over a period of almost eight months between September 2017 and June 2018.

It was heard that The Taste of Khyber Restaurant was visited by city council environmental health officers on five occasions.

Due to the poor conditions they found, the Birmingham restaurant had to be closed down twice.

When health officers visited in September 2017, they found flies and mould in the kitchen area and mouse droppings were discovered in food.

Catherine Ravenscroft, prosecuting, said: “The state of the restaurant was far below what might be expected of a restaurant serving food to the public.”

She added there was a mice infestation and a general lack of proper cleaning.

The restaurant was closed, but reopened on September 4, 2017, after efforts were made to clean the premises.

Judge Heidi Kubik said: “The state was so bad that the restaurant was closed under an emergency order.

“Plainly, efforts were made to clean it up such that it was reopened four days later on September 4.

“You yourself met with the officer in November, there is no doubt you were aware of their concerns.”

There were further concerns about the restaurant’s hygiene on January 30, 2018, and Khan was given until February to sort the issues out. 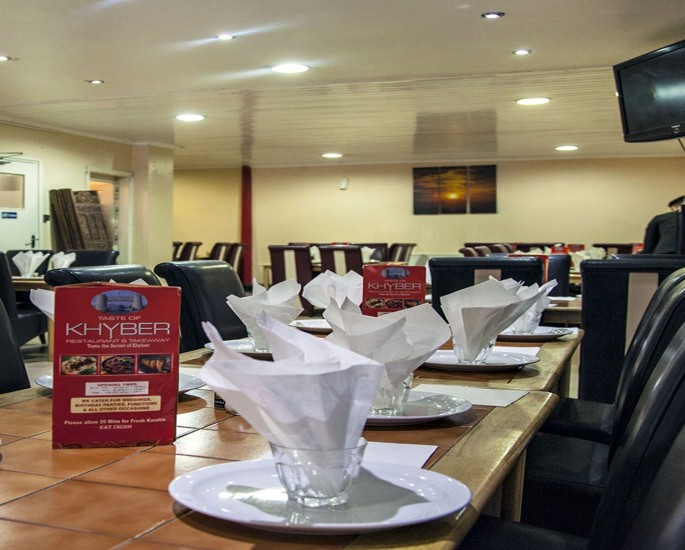 The judge said: “You invited an inspection on March 15 but in less than a month, a complaint was received about a mouse having being spotted within the premises.

“Work surfaces were again covered with mouse droppings and urine.

“A live mouse was photographed. It was clear a crate of fresh tomatoes had been contaminated with mouse droppings and had signs of being gnawed.

“Again, an emergency order was put in place. It reopened on April 16 last year.

“Over the next months, improvements were not upheld and the state was wholly unacceptable.”

As a result, Khan appeared before the court for breaching hygiene regulations multiple times and pleaded guilty to 12 breaches.

Judge Kubik said: “You Zahoor Khan, appear before me for sentence today for breaching food hygiene and safety regulations.

“This is as the result of three separate visits to the premises of the restaurant, where the standards of hygiene fell far below those expected within this city.

“The kitchens were filthy. Old food splattered on plugs and dishcloths. A man was found lying on the floor. Dead flies were evident.”

“It is conceded that these are category 1 offences as there was a high risk of an adverse effect on individuals due to the unhygienic state of kitchens.

“These breaches were allowed over a long period of time. You effectively ignored concerns.”

The judge also took into account the limited turnover and there were no previous convictions for the company.

She also took into account that Khan had no previous convictions and is a single father to four young children.

The judge fined the restaurant £20,000 and sentenced Zahoor Khan to four months in prison, suspended for 12 months.

In addition, Khan was ordered to do 60 hours of unpaid work and fined £3,393 to be paid to Birmingham city council at a rate of £500 per month.

Dhiren is a journalism graduate with a passion for gaming, watching films and sports. He also enjoys cooking from time to time. His motto is to “Live life one day at a time.”
Taxi Driver jailed after Cocaine worth £400k found in his Car
Former Indian Soldier on the Run for Having Three Wives