Strange and Exotic Curries which You Can Make

Strange and exotic meats have been popularised on a global scale on social media. DESIbltiz brings to you the strangest and most exotic curries.

South Asia is extremely notorious for coming up with great tasting exotic curries.

This is down to various types of meats, poultry and delicate fruits being used when cooking them.

Desi cuisine is a beautiful combination of herbs and spices to enhance the flavour of the delicious creations.

Dishes like a Biryani is extremely flavourful, which is why it is a staple of North Indian cuisine.

However, small villages in South Asia have an appetite for the strange.

Food such as crocodile, kangaroo meat is just a few of the things which are regularly eaten.

DESIblitz brings to you the more unusual recipes that you may have never heard of and must try.

Time to put away the chicken and to try and make the unexpected. 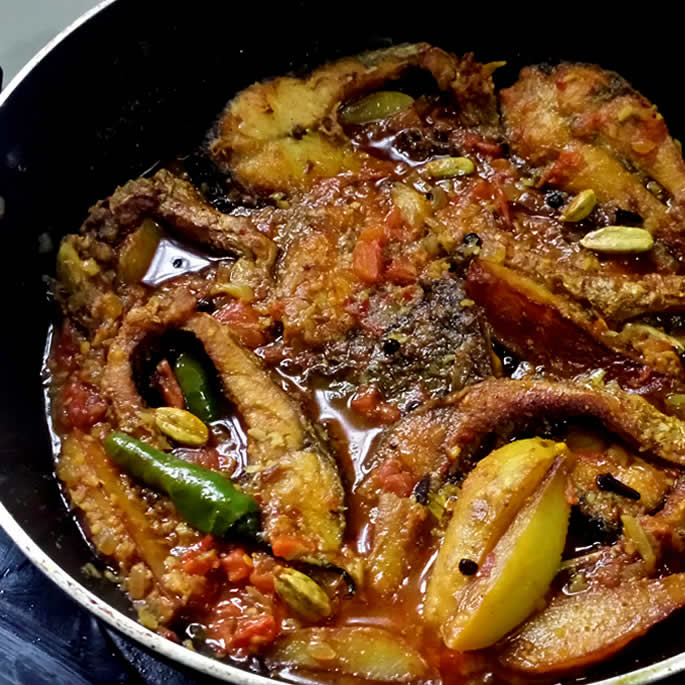 Fermenting fish is a long process even in the hot climate in Bangladesh which is needed for the process.

Different types of fishes are cleaned, cut up into small long pieces and left out in the sun.

The dish has acquired various names. In Sylhet, this dish goes by the names hukoin shira and shukti shira.

The word shira or shuru refers to the watery soup base.

People mix in various exotic ingredients such as jackfruit seeds, gourd leaves and potato leaves to create the perfect soup base.

While the soup has a very pungent smell, the blend of herbs, spices and vegetables make the dish one of the best by Bangladeshis.

We have a recipe for you that follows the village way of cooking Shutki Shira with a motherly touch.

This dish is best served with plain white rice. Traditional Bangladeshis like to add a small amount of fresh naga chilli to spice up the flavour.

Naga chilli is extremely spicy and can be found as a pickle or as a whole chilli in all Desi supermarkets. 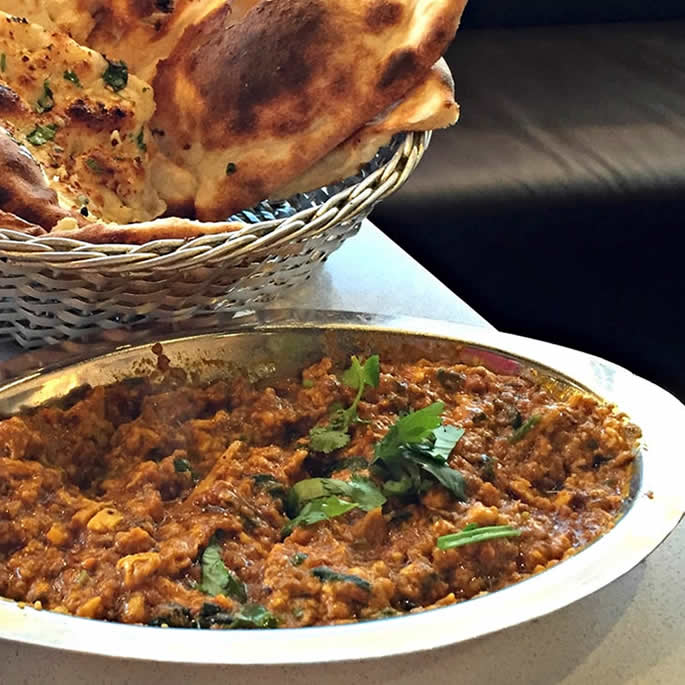 It is a dish enjoyed as a delicacy across Pakistan, India and Bangladesh.

This stir-fry dish is cooked very carefully as sheep brains are extremely soft.

In some recipes, sheep or lamb brains are accompanied with other types of poultry which adds to the texture of the dish.

While considered strange by Western customs, this dish is very popular in many Desi homes and villages.

Here is a recipe which uses traditional blends of spice and has only 12 ingredients to create a simple but flavoursome dish.

This recipe was adapted from Cook with Faiza.

Across the world and in many parts of Asia, crocodile meat is widely sought after and in demand.

Many consider it an extravagant meat to eat.

In 2015, an Indian restaurant in the UK used crocodile meat to create an exotic curry. Called the ‘Crocodile Inferno’, it is one of the world’s hottest curries

Among South Asia, Kenya is known for cooking crocodile meat as well as other game meats.

These can be found in many restaurants in the capital, Nairobi where many tourists visit.

Unlike traditional curries, Kenyans use summer fruits like mangoes, lime and other sweet and sour fruits in their recipe.

“Most people who have tried crocodile meat say that it’s texture is a cross between chicken and pork, but it has a mildly fishy taste.”

There is a neutral taste to crocodile meat and that flavour needs to be added to it to heighten the meat. 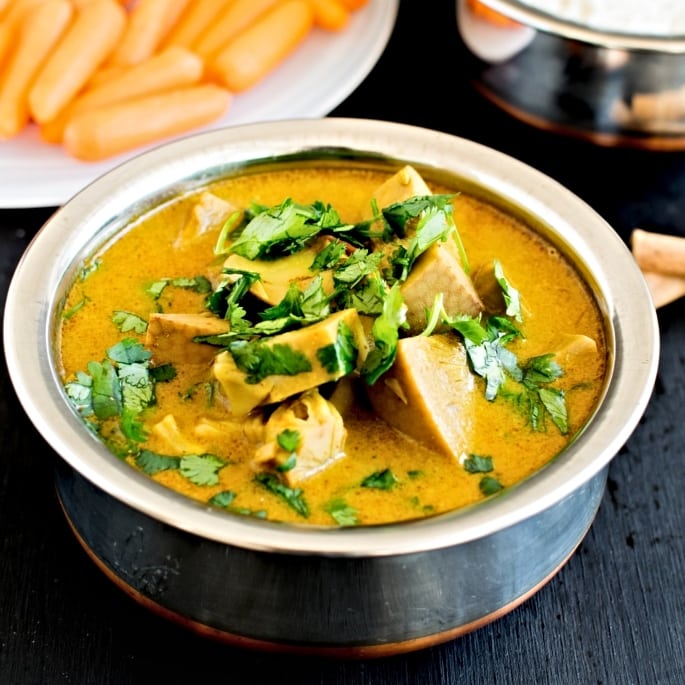 One of the most exotic curries, this great tasting meal is a vegan must across Sri Lanka.

Jackfruits are very exotic and sought after across South Asia and South-East Asia during Spring.

In the UK, many Desis wait for the import of large jackfruits to enjoy them in the summer.

This large fruit has a thick texture shaped like pockets. Each pocket contains a large stone which many use for other culinary dishes.

The pungent smell of an unopened jackfruit may put people off, but the inside has an aroma that is a combination of pineapple and banana.

Due to the size, taste and texture, the jackfruit makes a great match for Desi style curry.

Sri Lankans use various Asian spices and herbs to infuse the fruit with an extraordinary taste.

For the recipe, here is one that uses coconut milk to give the curry to give it a creamy texture.

The exotic and flavoursome dish is now ready to serve. Enjoy with white rice or naan bread.

This recipe was adapted from Jungle Shakti. 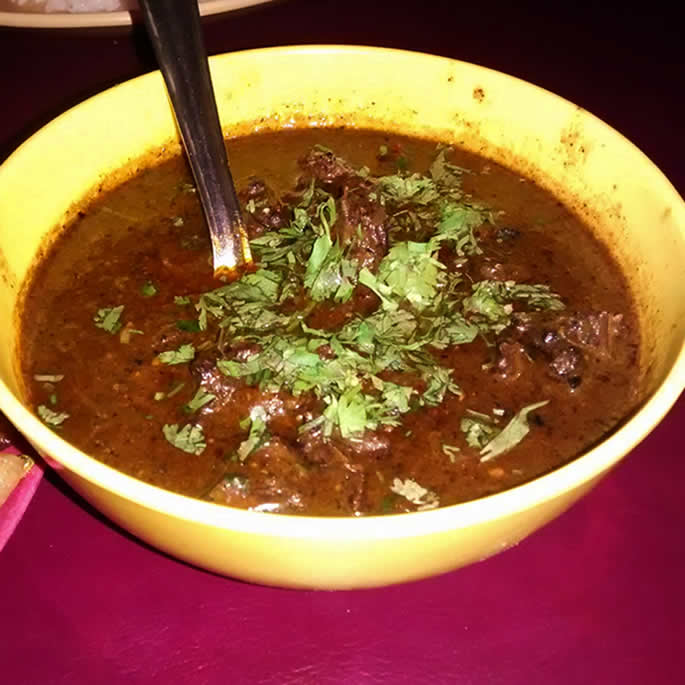 Pigeon meat is much darker than chicken or duck, often resembling a dark reddish colour and soft in texture.

This game bird is considered a luxury around many continents as well as the Desi regions.

Preparation is more difficult but adding the right balance of spices along with an exotic fruit does all kind of wonders.

It will leave you with a spicy curry base and succulent pieces of meat.

The bones are extremely essential to the curry as they provide a flavoursome base.

In many Indian recipes, the pieces of the pigeon are stir-fried and coated in masala paste.

In Sylheti recipes, a similar process is followed adding shatkhora and boiling water to create a soup base for the curry.

Serve with plain white rice or roti with a helping of raita or tomato salad.

You may have walked into your local butchers and wondered why they’ve decided to keep the head of a sheep.

Serving up a sheepshead on a platter is a popular delicacy in many parts of the world.

Different countries have their own way of preparing the dish. In Norway, Sheep’s head (Smalahove) is boiled and served up with potatoes and yellow turnips.

Whereas Moroccan recipes begin with steaming the sheep’s head. It is then charred over a grill and served with condiments.

In both Norway and Morocco, this is cooked for religious festivals such as Christmas and Eid.

However, traditional South Asian recipes prefer to cut the sheep’s head in multiple pieces before preparing it for a curry.

Cooking a sheep’s head curry takes a lot of patience and care.

While it is a weird dish to serve, it is popular among locals and village foodies. 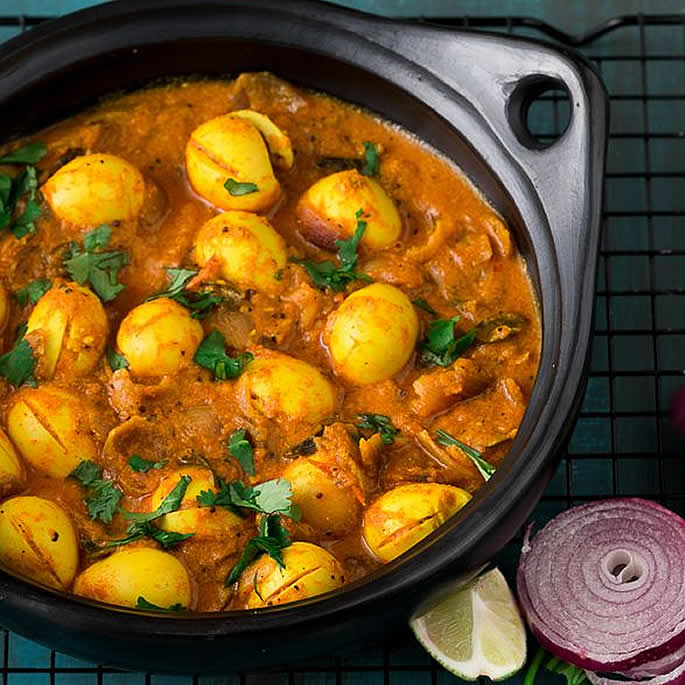 Quail is referred to as batair or battera or tittar in parts of South Asia and is considered exotic.

It is similar in taste to chicken but is smaller in size.

The dish is often preferred in the form of a dry curry (bhuna) and served with roti or plain rice.

Quail tastes better when cooked in a spicy masala with a stir-fry of onions.

Many people also cook quail eggs in the UK which are also very small in comparison to chicken eggs. The process begins with boiling the egg and cooking it in a masala curry paste.

For a simple and easy to follow this recipe.

This recipe was adapted from Reemol Bony. 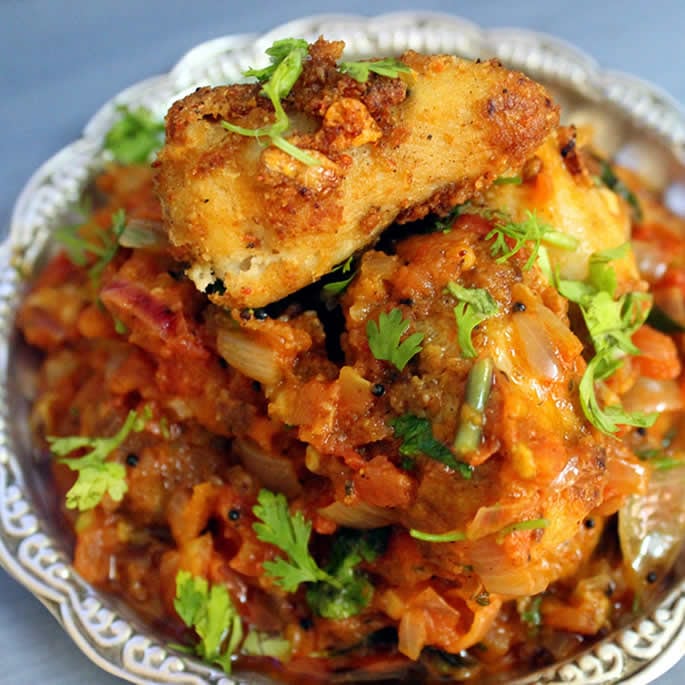 This is a vegan curry with the delicious veggie arbi (Taro Root) cooked in a spicy curry base.

The beautiful thing about Taro is that it becomes nice and soft without getting too mushy in texture.

A handful of spices are added to create an authentic and fragrant curry masala.

A great recipe to try for those who are health-conscious, containing only 264 calories and serving up to four people.

You can serve this dish with white rice, roti or naan bread. Enjoy piping hot.

This recipe was adapted from Veg Cravings.

Snakes are dangerous creatures, so many people wonder why a snake would be served up as a dish.

However, snakes are an enjoyable meal across Asia. People have been known to eat snake alive at times.

In Vietnam, some restaurants serve a live beating heart of a Cobra as it is said to have special properties.

Snake in the form of a curry is very popular in China as well as India.

It is a popular delicacy among tribes in Tamil Nadu.

According to the SixthSeal, snake meat tastes ‘tender and juicy’.

These are only a handful of few of the strangest yet delicious curries across South Asia.

However, the list does not end there as South Asia is full of exotic meats, veg and fruit which are used to create a hearty curry.

We hoped you liked a list of strange curries, maybe you found a new one to add to your cookbook.

Try them out and let us know your thoughts on these exotic curries.

Rez is a marketing graduate who loves to write crime fiction. A curious individual with a heart of lion. She has a passion for 19th-century sci-fi literature, superhero movies and comics. Her motto: “Never give up on your dreams.”
5 Quick Desi Recipes for Single Men to Try
10 South Indian Dishes to Make and Try