Desi food is usually seen as a cuisine that takes a long time to prepare. We have come up with five quick and easy Desi recipes, especially for bachelors.

These recipes are suited to all culinary levels and ensure tasty dinners.

Desi recipes are seen as a cuisine that takes hours to prepare before it can be eaten, but that is not the case, especially in this day and age.

Young single men living on their own who do not have time to make dinner that will take two hours long, often end up eating out or relying on take-outs.

With work or studying as a priority, not many will have the patience to then come home to make a meal, which will consume their evenings.

Whatever time that there is to relax will be gone, especially, if the cooking is complicated or hard to make.

So, what if there are recipes which can be made quickly and taste greate too?

We’ve found five Desi recipes which if followed step by step recipes will suit everyone’s dietary needs and are ideal for single men, and even single women, who have busy lives.

We present these five quick and easy Desi recipes which you will certanily enjoy making and eating without sacrificing too much of your time. 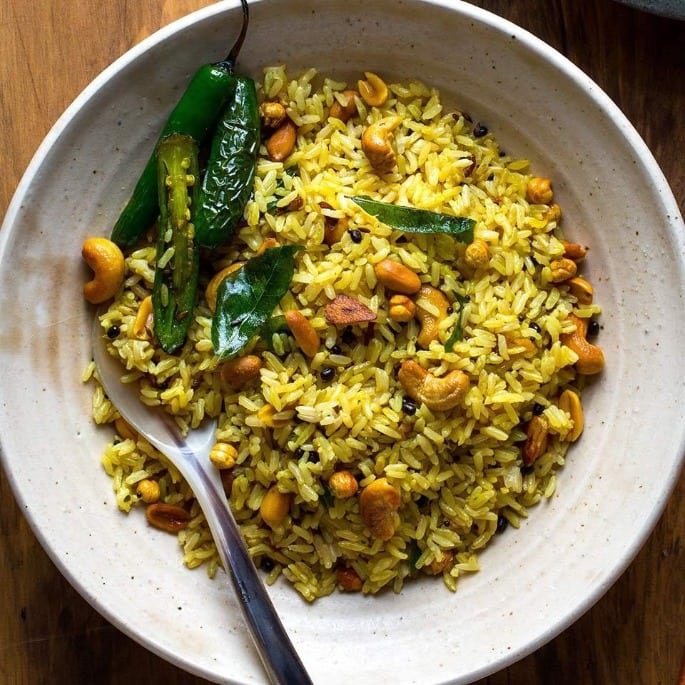 One of the most popular South Indian dishes and also one of the easiest. Lemon rice is usually a comfort food and has the subtle taste of lemon added to an Indian staple.

It is a dish that provides a lot of nutrition as it contains nuts and lentils. It provides everything you want from a desi dish: Heat, loads of flavour and aromatic smells.

The benefit of this recipe is that it is guaranteed to have some left over, which provides dinner for the next day.

At 25 minutes cooking time, this is an easily manageable Desi recipe which does not take up all your time in the kitchen.

This simple recipe can be adjusted to suit your own preferences.

For example, if you want to add meat to the dish, add 3000g of the diced of meat of your choice to the seasoning mix after step six.

It is an easy and delicious dish that is ideal for the single man. Lemon rice works well either as a meal for one for the next couple of days or a meal if he has friends over that want to experience authentic Indian cooking. 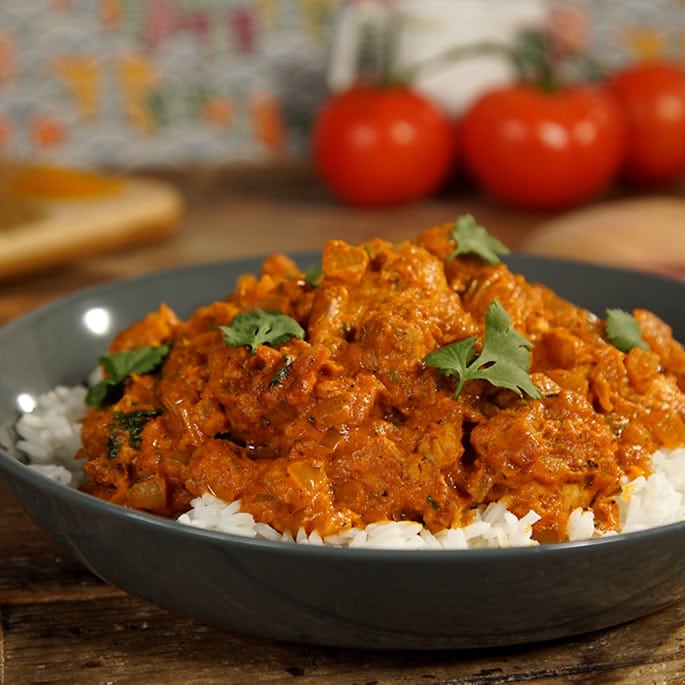 When Desi food comes to mind, curry is the first thing. The different types of curry are popular around the world, however, in Britain, the collective term is curry.

The most common type of chicken curry is the chicken tikka masala and it may sound like an intimidating dish to make.

It is a dish that was created in the UK and not something that would be easily recognised in the Desi homelands.

The method is to marinate and cook the chicken before adding it to a rich, creamy gravy, but that takes too long. We have come up with a simplified version that cuts out a lot of the time.

It is a flavourful, one-pot dish, ideal for a single man.

Although chicken tikka masala takes time to cook, this easy version will suit men who have not got the time to prepare for so long.

This shortened version of a classic still provides all the flavour that a Desi recipe needs. 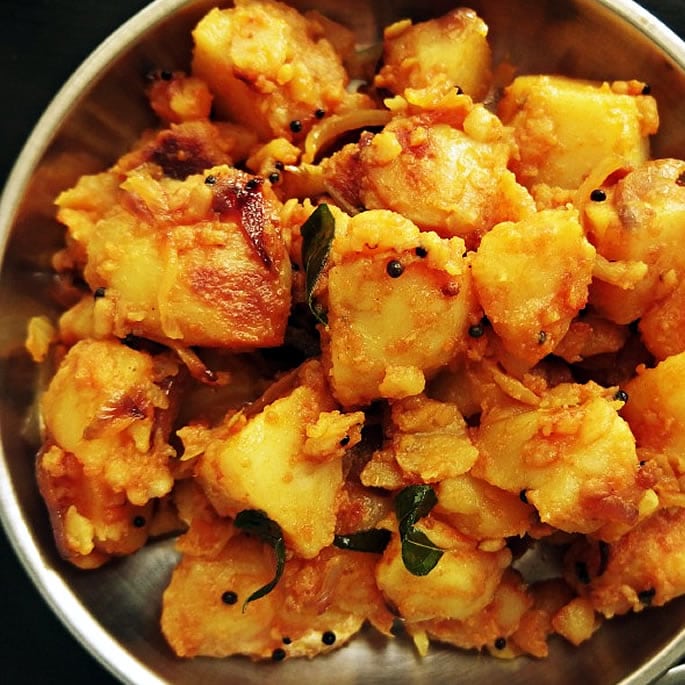 A vegetarian dish that only needs one main ingredient, potatoes.

Known as Aloo Sabzi, there are many variations of this dish depending on which region in India you come from. But overall, the aim is the same to give the potatoes a distinct Desi flavour.

Potatoes are a food staple and this recipe takes this simple ingredient to a whole new level, in terms of flavour.

Potato fry contains a mixture of flavours which complement each other. This is why it makes such a good dish for the single man.

Potato fry takes only 25 minutes and is a filling vegetarian option for the working man. A lot of flavours enhance one simple ingredient to make it such an enjoyable dish. 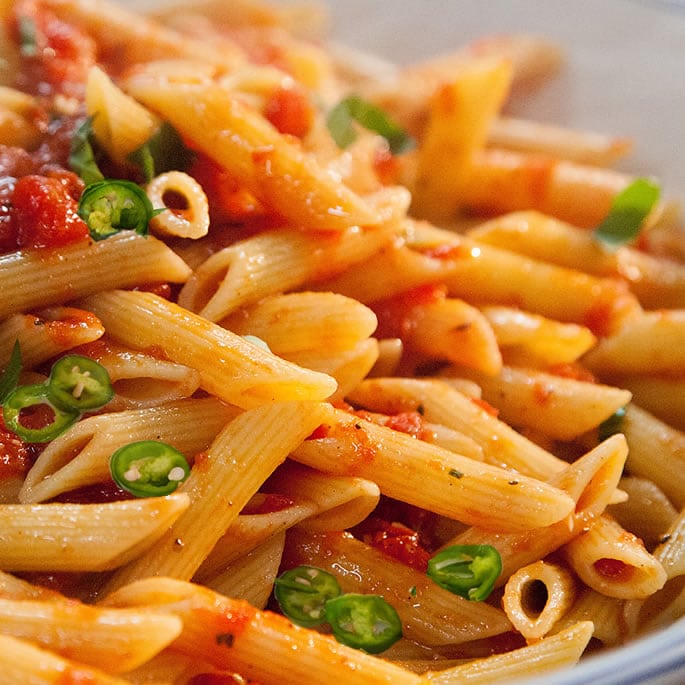 A staple of Italy, it is a very basic dish that is popular among university students, so why can’t it be a popular dish for the working man?

This recipe takes hardly any time at all and is delicious. Because the dish is so simple, it can be altered to your taste preferences.

This version has been altered by adding red and green chillies for an extra kick to suit Desi men, as they are known for their love of spices and are supposed to be good for you.

Plus it is very healthy and does not contain a lot of fat.

Simple, but versatile, different additions can be made to enhance flavour. More chillies can be added as well some diced vegetables for more depth to the simple dish.

You can add some freshly made meatballs if you prefer to have some meat in your dish.

White Fish in a Coconut Sauce 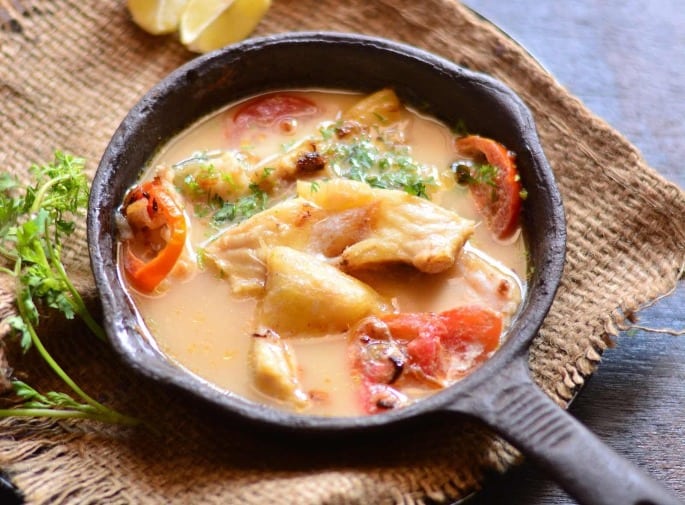 Also known as ‘Hot Nariyal Machchi’, it is simple, light yet it bursts with the flavours of South India.

Complex flavours make it taste like hours have been spent marinading and perfecting the dish. It is actually very quick to make and other seafood ingredients such as prawns can be added to this Desi recipe.

Fresh chilli and coconut give this dish an exotic quality that is only seen in Southern India. It is one that single men will cook over and over.

This authentic Southern Asian dish will remind you of the coast every time you make it. This colourful dish will become every single Desi man’s signature meal because it takes 20 minutes to prepare.

These are just five Desi recipes for busy single men (or women) to try which will suit a range of taste preferences.

They are packed with flavour and they all take less than 45 minutes to make, so there will be no working away in the kitchen for two hours!