Sona Mohapatra produces and features in a fascinating documentary about her life. She talks to DESIblitz about ‘Shut Up Sona’ and much more.

"She almost became like a fly in the wall.”

Sona Mohapatra is an accomplished singer, composer and lyricist from India who has many hit filmy and non-filmy tracks.

She has gone onto produce and star in Shut Up Sona (2010). This is an amazing documentary that focuses on some very interesting aspects of her life, including fighting for equality.

Sona was born in Cuttack, Odisha, India on June 17, 1976. She holds a Marketing Systems MBA degree from the Symbiosis Centre for Management and Human Resource Development in Pune.

Speaking to DESIbllitz, Sona recalls that whilst growing up she had an “unusual voice.”

Her daadi (paternal grandmother) was very critical of her singing during the early days.

Appreciating their “different textures” and loving her own voice, she eventually became a singer. Sona has undergone training in Hindustani classical music.

Sona has also performed to packed crowds in many big venues across the world. 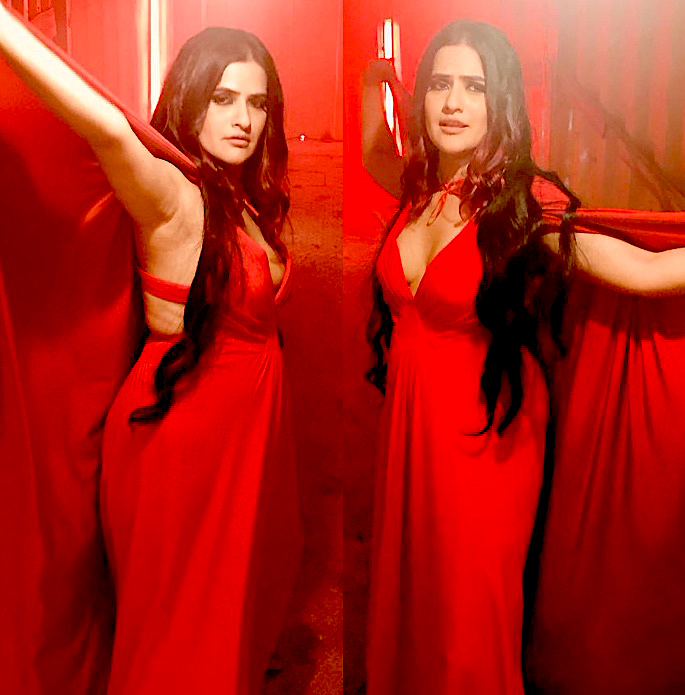 In 2018, a video with a Sufiyana Kalam (devotional music) written by Amir Khusraw titled ‘Tori Surat’ created an uproar.

Some groups within India with a connection to the Sufi school of thought were claiming that Sona was wearing a vulgar outfit.

However, Sona emphasises on “neeyat” (intent), with it being a community project.  She eventually went on a television show to create a constructive and healthy discussion on “what is vulgar and what is not.”

DESIblitz caught up with Sona Mohapatra via Zoom to find out more about her documentary, the #MeToo movement and lots more. 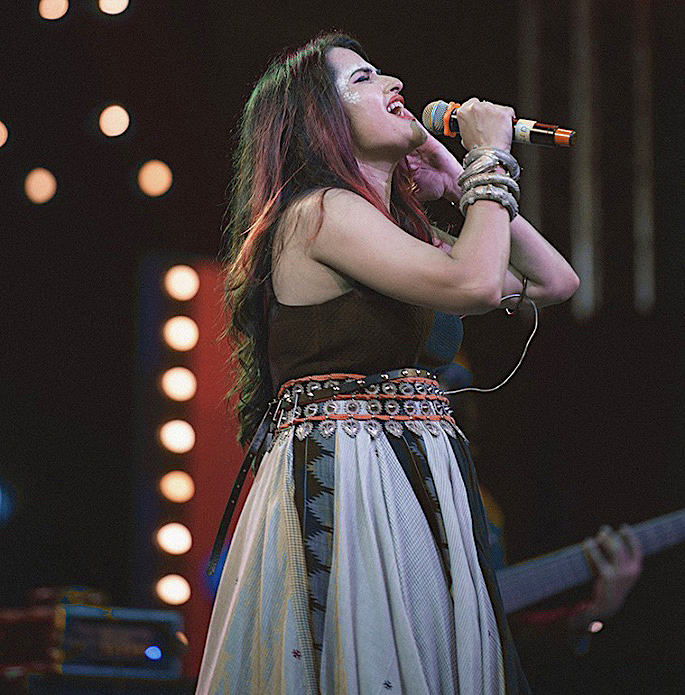 Sona Mohapatra says it is a “privilege” that Shut Up Sona featuring her has become part of the Bagri Foundation London Indian Film Festival 2020 “in cinema” programme.

Sona reveals despite having hit songs such as ‘Ambarsariya’ (Fukrey: 2013) and ‘Naina’ (2014: Khoobsurat) she felt that “opportunities were shrinking.”

Hence, she feels by not getting her due in the “mainstream industry,” it made sense to do Shut Up Sona.

“I didn’t think I was getting to explore my artistic potential. I realise it’s because things are so lopsided when it comes to the opportunities of female artists.”

As a result, Sona stresses that she made the decision to make her own film, including singing her own songs.

As the producer of the film, she said it was possible to showcase her “love for the rich width and depth” of India.

Talking about the whole film process and a bringing a close friend into the fold, she adds:

“So it started with, ‘I need to take charge of my narrative.'”

“I reached out to this friend of mine whose a fantastic DOP cinematographer. I believe she is a filmmaker who never got to make a film because of a certain similar journey she’s had in the industry.

“[She} was underestimated as a female DOP. So I called Deepti Gupta.”

“I said, ‘let’s not wait for somebody else to make a film for us man. Let’s make our own film. I’ll hustle and make sure it happens and let’s get going’.”

Thus, this is how the film began to roll on. It was out as a “love letter to India,” highlighting gender struggles and a country, which was uncomfortable with her “emancipation and empowerment.” 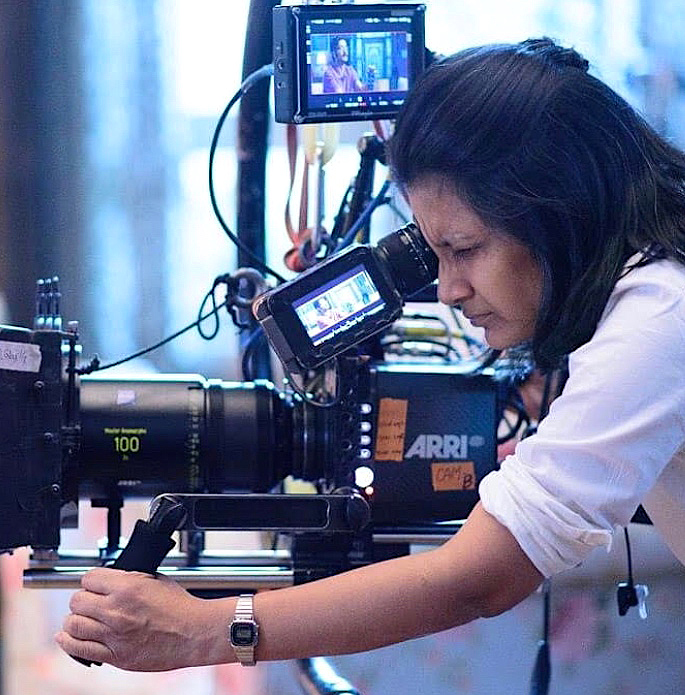 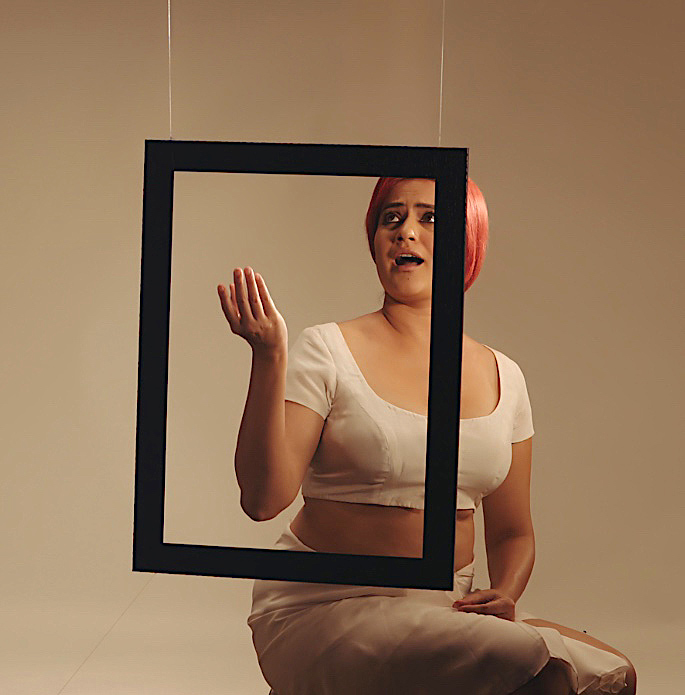 Sona Mohapatra states she is very happy with the final shape of the documentary that took three years to make, containing 300 hours of footage.

However, Sona explains that the film did undergo an overhaul:

“The film was initially called Lal Pari Mastani, which was just a celebration of the rebel, red spirit, music and now it is Shut Up Sona.

Despite being content with the documentary, Sona does flag one small point:

“The one complaint I had with my director and DOP was ‘Deepti we shot those grand larger than life concerts where 200,000 people are showing up. We did not include that footage in the film.’

“I keep saying, ‘that so many of my performances get cut short and buffered’.

“When she says. ‘we should keep people wanting for more, they should invite you to perform live.’ So I didn’t interfere in the creative narrative of the film.”

Sona continues saying whenever music came up in the film, it was time to move on with some more “masala” about her life.

According to Sona, she and her hubby Ram Sampath of Talaash (2012) fame were not expecting him to feature in the documentary:

“My journey with Deepti, I thought was completely going to be free of Ram. Ram is a very private person.

“Unlike me, I’m a performer. I wear my heart on my sleeve.”

“For Ram, it was awkward.  I don’t think anybody else could have shot that. She’s been a friend to both of us for more than fifteen years. She almost became like a fly in the wall.”

Hence, it was good to see Ram coming out of his comfort zone. 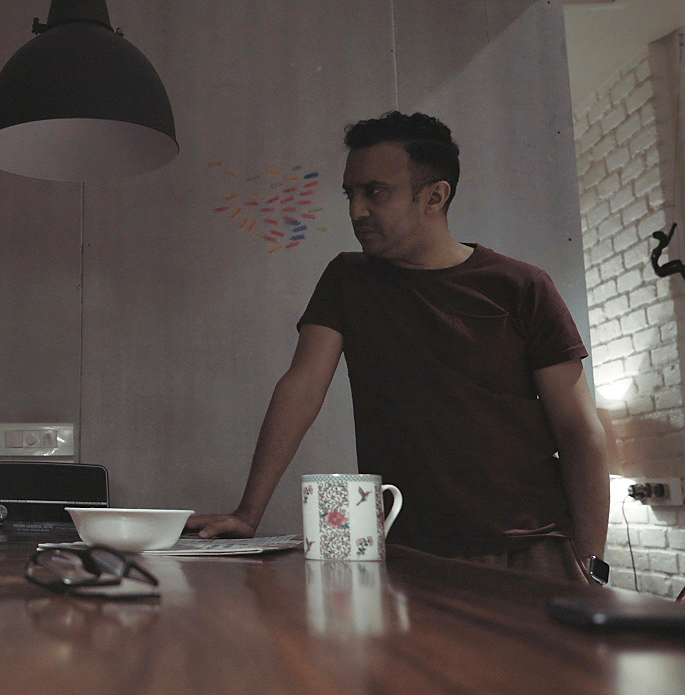 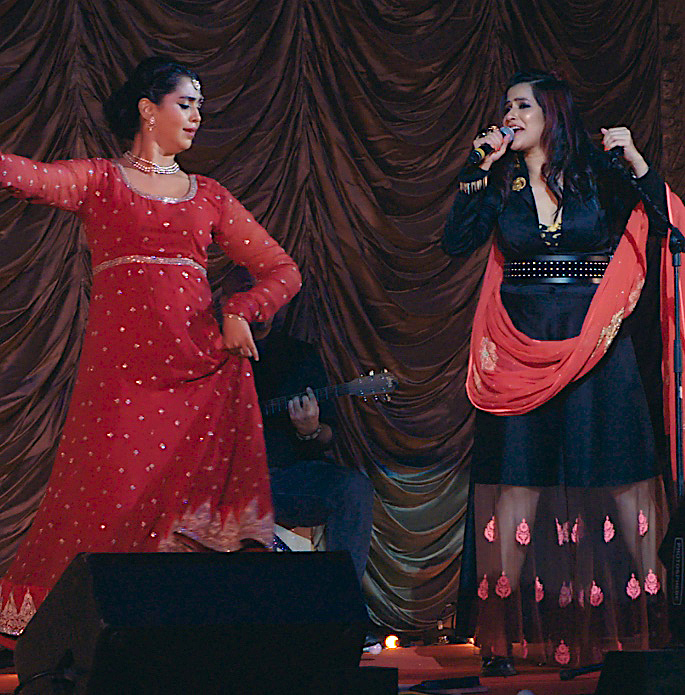 Sona Mohapatra promotes freedom and speaking her mind, rather than “messaging” or “preaching.”

Nevertheless, commenting about the message of Shut Up Sona, she expresses:

“I think it’s a universal story. A female artist navigating even the arts and culture world, where you would assume things are much fairer and balanced.”

“Actually it’s constantly negotiating. Constantly has to live up to the expectations of what the female artist should behave like, or be like, or dress like, or act like for her to get work or opportunities.”

Sona pinpoints that when maintaining her band full of men, the way she conducts herself in comparison to men is different:

“So in the arts, it’s not only, how the industry limits your opportunities, but to keep negotiating very differently, being a female artist.”

She also cites the example of Ram growing up amongst women. He encourages the importance of having a level playing field and advocating equality.

But Ram confesses about not realising the body he was born in automatically gave him certain entitlements.

Regardless of the inequality, Sona claims she is in no hurry to “Shut Up,” particularly after witnessing a change.

Even though some may label Sona as an activist, feminist or a protagonist, she is quick to point out that she is an artist. She also gives the example of rebel rockstar and songwriter Mirabai:

“I’m an artist. I don’t know if the Indian diaspora knows of Mira. She’s from Rajasthan.

“She was singing and dancing on the streets of Mewar where, even today, women have to wake up on a ghungat.

Sona considers anyone an artist who “goes beyond entertainment” to make an impact.  She admires artists who engage as her true “heroes.” 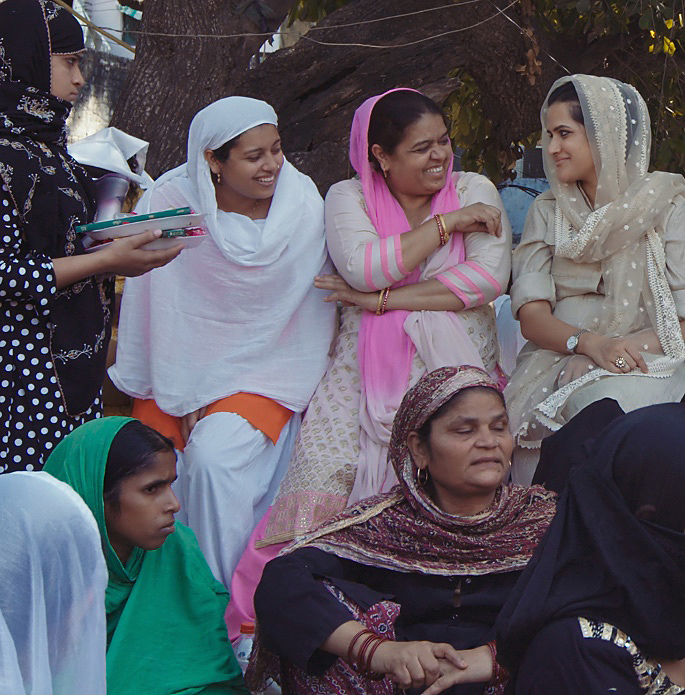 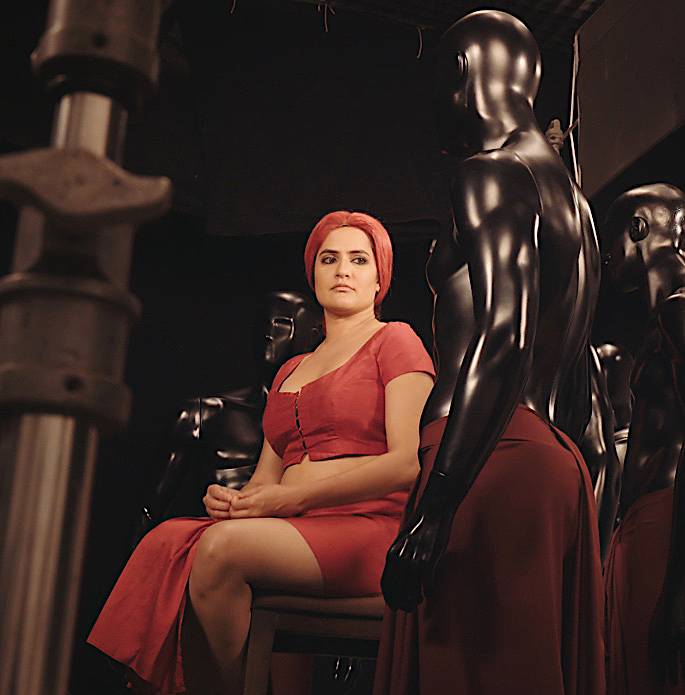 Many are familiar with Sona Mohapatra for being a #MeToo activist.

Sona compares that whilst in the west, the #MeToo campaign has been very successful, there is optimism from India too:

“I think it’s succeeded in a much bigger manner in the west. But the good news is that it brought about a huge shift even in our country.”

Sona notes that despite no one in India ending up in jail, the #MeToo movement is not necessarily a failure. More importantly, she alludes to the fact that a discussion has come to the forefront:

“This systemic institutionalized sexism or misogyny in our industry suddenly became a conversation point.

“You have numbers, contact, email ID saying that all of your sign onto this and know that during the process of filming, if anybody is mistreated or if you feel somebody is acting inappropriately, you have a means of writing in or reaching out.

“And there’s an escalation system in place. Now, this is a very big thing.”

For Sona, a sudden conversation coming up and creating awareness is more important than a big star talking about it.

Sona also speaks up for other professionals working on a set, such as make-up artists who can also be victims of “sexism” or “sexual perversion.”

Therefore, with the likes of Sona being vocal on the #MeToo movement, many are feeling safe whilst shooting.

In terms of how sexist and oppressive India is today, Sona tells us that the country has become very “complex and diverse, living almost in three millenia.”

Even though there is a patriarchal mindset, Sona recognises positive changes from the government and others.

Sona welcomes and encourages more debate on an open forum.

Covering many of these issues, Shut Up Sona is an official selection at the Bagri Foundation London Indian Film Festival 2020. This is after being shown in Mumbai, Rotterdam and other places. 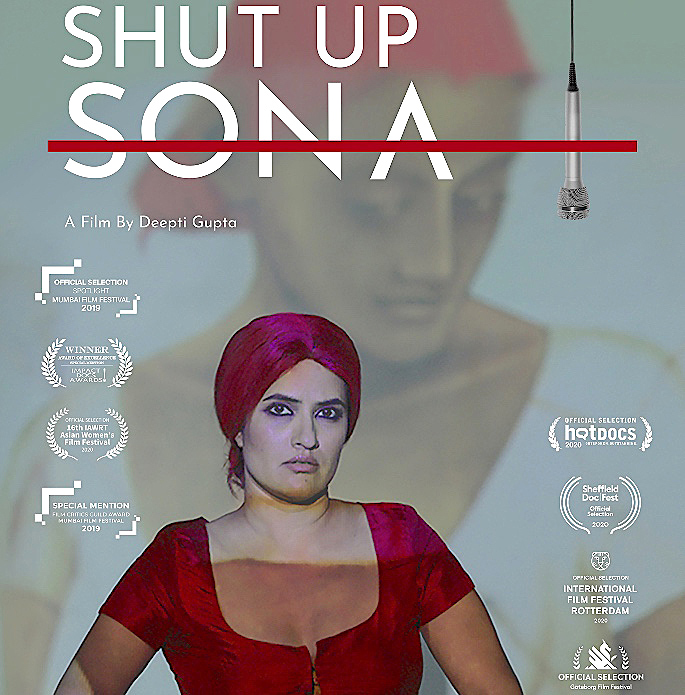 Shut Up Sona is a self-financed and self-produced music film. It has many funny, yet also emotional moments. The documentary is not about feminism but reflects a feminist perspective.

Sona is very fortunate in finding a mentor and partner in someone like Ram Sampath who she completely dotes. And vice a versa.

The Mumbai residents have set up OmGrown Music, a music production house. Shut Up Sona is, in fact, an OmGrown Music presentation.

Looking ahead, from an Indian perspective, Sona wants her nation to further explore arts and culture, linking back to roots and humble beginnings.

Sona also wants to produce more feminist content in the future, as well as providing more opportunities for other artists.

Faisal has creative experience in the fusion of media and communication and research which increase awareness of global issues in post-conflict, emerging and democratic societies. His life motto is: "persevere, for success is near..."
Vidya Balan opens up about being the ‘Fat Girl’
Nitesh Rane threatens to tell ‘Secrets’ about Disha Salian’s Death