Why do serial killers kill and what drives them away from sanity? We look back on 5 notorious killers of South Asia who once shocked nations with their misdeeds.

Forensic psychiatrist, Michael Stone ranked serial killers as the most evil on his scale of evil for their need to torture

Too often the media covers famous western serial killers. Among them the cannibals, the medics in disguise, and even some unsuspecting mothers. All the while the serial killers of South Asia have been taunting their local districts and villages for decades.

An unspoken taboo which has spiralled from fear of such dark natured crimes even existing, allows the deadly crimes to be forgotten shortly after the cases have been closed, leaving unsuspecting villagers open to threats.

DESIblitz looks back on 5 notorious serial killers of South Asia as we review some old cases which you may not have heard of. Let us take you through the mind of a killer and their surreal motives.

Prepare yourself for a world far from sanity.

The Psychology of a Serial Killer

Many serial killers are presented as anti-social, distant and diagnosed with dissociate identity disorder. This means the serial killer has more than one personality; often one of a savage killer and the other that can live in a normal society.

They often change between the two personalities to win the trust of their victims, their neighbours, and their local community.

The killer personalities often present themselves as psychopathic or sociopathic. This causes the individual to be emotionally numb and show less to no regard for human lives.

Psychopathic/sociopathic personalities have some advantages. Such strengths include making them undetectable and extremely cunning. However, not all people with a psychopathic or sociopathic disorder carry the killer instinct.

With male killers, there are theories which suggest some men are born with the killer gene which presents itself in the form of a double Y chromosome. This has been said to increase a man’s aggression and the need to act out violently.

While many studies and theories have presented their own views, a killer’s upbringing and childhood behavioural pattern is often a reoccurring symptom in most cases and evaluations.

Forensic psychiatrist, Michael Stone ranked serial killers as the most evil on his scale of evil for their need to torture. This scale ranks from 1 to 22 and has been used to rank some of the most sadistic and psychopathic killers. 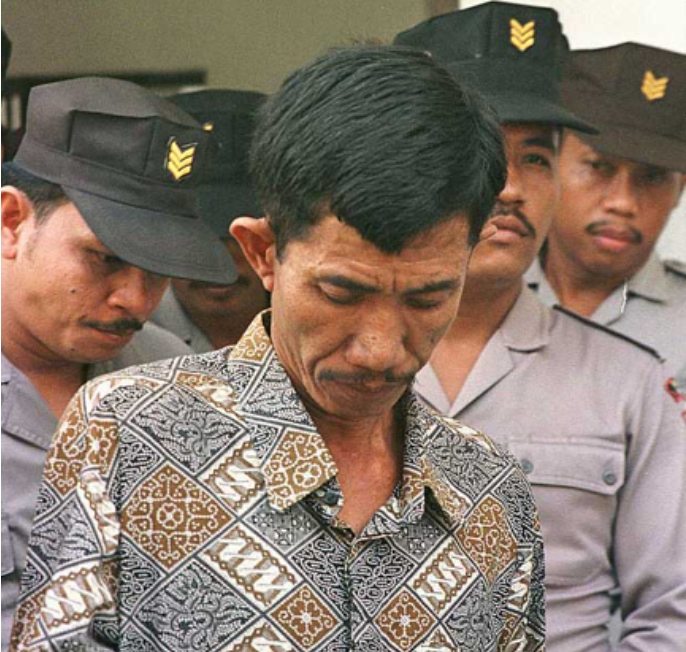 Before turning to murder, Suradji was already showing violent tendencies; picking fights and committing theft which led him to serve two prison sentences in his youth. Later, his obsession with the mystical arts and paranormal activities lead him to murder.

While many killers in the past have had signs of mental health issues, Suradji proved he was sane. His reasons for the killing were motivated by an obsessive ideology. He believed that by committing these acts he would turn into a powerful mystic.

This strange obsession was also his business. He marketed himself as an all-powerful healer who could do the impossible and even fix domestic disputes. While a con no doubt, he truly believed in his abilities and so did the victims as they walked into his trap.

In Desi nations, the majority of people trust or fear mystics. They believe that they consult the paranormal to grant wishes, heal and remove black magic.

As a result of Suradji’s obsession, 42 women would find themselves being tied up, strangled and dumped in a sugar cane field near his home. He committed these heinous crimes all in the name of power. He would consume their saliva as their last breath would leave them.

After capture, Suradji confessed to his crimes. He happily demonstrated how he killed his victims with a sound mind.

His trail was broadcasted on television in 1997 and in the end, he was sentenced to death. 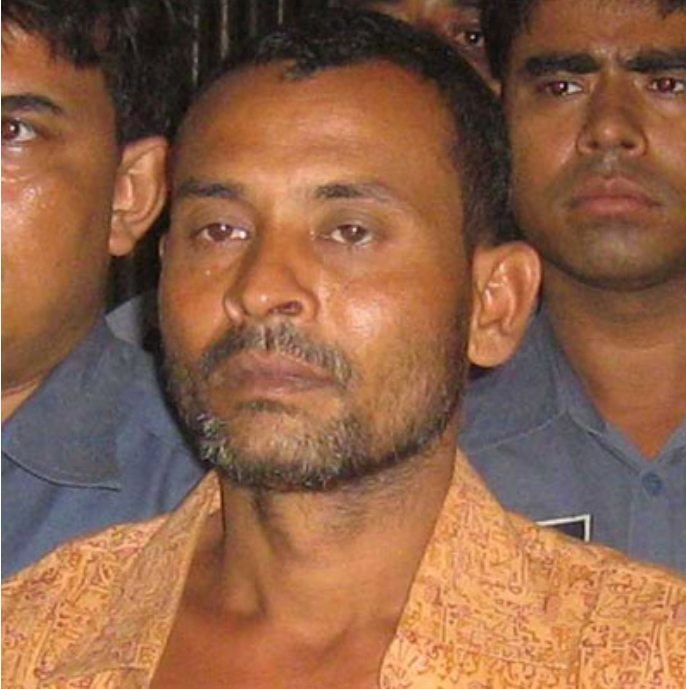 Heartbreak is in itself a death sentence, a pain unimaginable but one that is recoverable, or at least that is what we thought.

Roshu Kha (also called Rasu Khan) told investigators that he had taken a pledge to murder and kill over 100 women after he had his heart broken.  In countries of South Asia, men often profess their love through sending proposals, some get accepted and others like Roshu get rejected.

Roshu never recovered from the rejection even though he had a family with children. The bitter and broken part of him went on a killing spree. Roshu claimed he was severely tortured by members of the girl’s family for attempting to win her over with several proposals.

Over a decade later, he remained consumed with pain and revenge. However, it was not murderous evidence which led to capturing him, it was Roshu’s decision to steal from a mosque that alerted the locals.

It was the way in which he committed the act that led brave men to go after him. They found evidence on his mobile phone which would stun a nation; he had brutally tortured and murdered 11 women who were all from poor families.

He was sentenced to death. 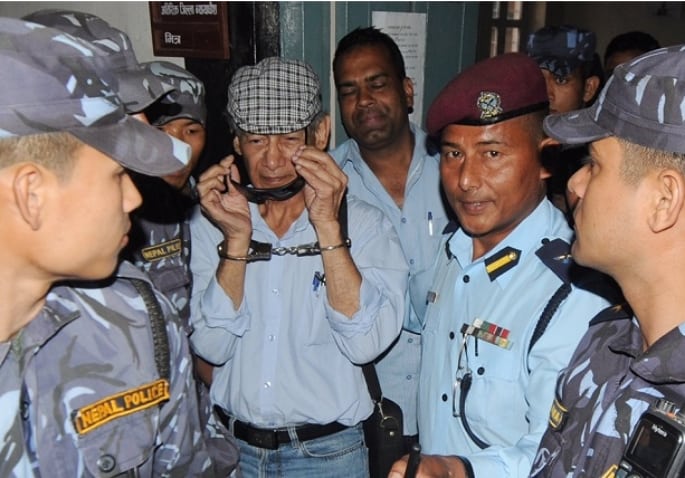 Before authorities knew of Sobhraj’s existence, forensics discovered bodies in isolated areas on multiple occasions. These were discovered by the Nepalese and Thai police force. Each had begun their own investigation on ‘The Serpent‘.

There was evidence that these victims had not died of natural causes as many of their bodies had been burned with petrol, poisoned, beaten and even drowned.

While some of Charles’s victims were discovered by passers-by, he himself proudly gave away the locations of two other victims who had been buried in Thailand.

As for Sobhraj, police found incriminating evidence in his possession, such as foreign passports of his victims whose names he used as aliases. One of his aliases included Alain Gautier.

Sobhraj had a female associate and he would often target foreign travellers from Europe. He murdered both men and women; with a body count of over 12 (Charles never provided an exact number).

This man has even received celebrity-like treatment in Paris, escaped prison and is alive in his old age. 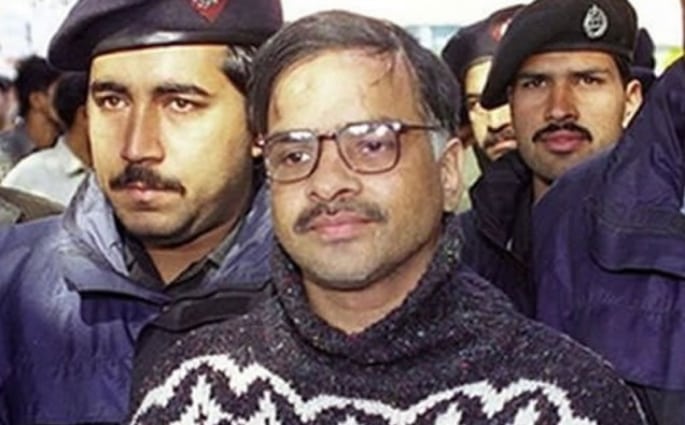 The average person expects a killer to be evil looking, or often from a poverty-stricken background. However, this was not the case for Javed Iqbal.

He had a pleasant and luxurious life in Pakistan. Born to a well-known father – Mohammed Ali Mughal, he had access to a proper education.

Javed Iqbal’s story is slightly unusual. He confessed to being a serial killer and said he murdered 100 children. He also admitted to cutting his victims into many pieces.

Iqbal confessed by sending a letter to get police attention. Later, he handed himself into a newspaper company with details of his crimes; there he was arrested.

Police discovered barrels of acid at his home which contained dissolved human flesh and the clothes of his victims. Javed made no attempt to hide the evidence in his house. It was reported by police that his youngest victim was 6 years of age and the eldest was 17.

He targeted only young boys and subjected them to other cruelties after he was convicted of a similar crime. He was undoubtedly savage and ruthless but his motives could have ignited by false accusations and ill-treatment from the police.

After his sentencing, Iqbal was found dead; believed to be a possible suicide. 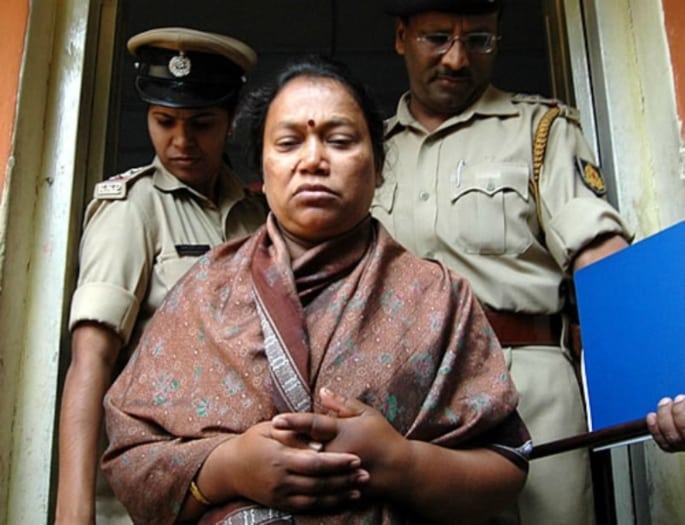 K D Kempamma was one of India’s first known female serial killers. Cunning, deadly and unsuspecting; so much so, she earned the name Cyanide Mallika.

Kempamma was inspired by known criminal J Jayalalithaa, another cunning female who abused her status and power for personal gain and wealth.

Like Jayalalithaa, Kempamma was motivated by wealth. She had a number of debts which needed paying off, so she targeted these unsuspecting women in temples and targeted them for their cash and gold.

She killed a total of 6 women, either in their sleep or with the deadly poison cyanide. This quick money-making scheme further motivated her and she remained unaware of her imminent capture as her economic status began to change.

It could be said that she became overconfident and this caused her to make mistakes that led to her arrest.

The jury initially sentenced her to death but later reduced this to a life sentence.

Each of these serial killers may have had a streak of success and years of crimes which went unnoticed. However, their capture is a reminder that no matter how cunning they can be, they are still prone to making mistakes.

Their errors got the attention of the brave police forces who brought justice for the victims. The notorious serial killers of South Asia were either condemned to a life in prison or given the death penalty.

Their actions have shocked nations, and while most of them were dealt the severest punishment that the higher powers can deliver, for better or for worse, their misdeeds still haunt communities around South Asia.