Omar Mohammed Khan who kept his sexuality a secret has been jailed for raping men after meeting them via the gay app, Grindr. Khan is also a known member of the ‘Asian gangster underworld’ in Scotland.

"He’s told his family he was innocent of any rapes"

Omar Mohammed Khan, aged 28, was jailed for seven years after raping two men he met on the gay dating app Grindr. The Grindr rapist is also revealed to be a notorious member of Scotland’s ‘Asian gangster underworld’.

Khan and a 17-year-old Slovakian man both met up with the two men using Grindr. They described themselves as “two discreet lads”.

Khan was on record for telling a social worker the sexual crimes committed were “just a bit of fun”.

The High Court in Edinburgh on Thursday 17th May 2018, heard how they met the victims and how they then sexually assaulted them.

The first victim was a 30-year-old man. They arranged to meet him at his home on September 3, 2017, after they chatted with him on the gay hook-up app.

When they met, at first there was a consensual sexual act between Khan and the victim. Then Khan pushed the victim against the wall after grabbing him by the arm, letting the teenager then rape the man.

A week later a sexual attack took place on a male student in Glasgow, who was Khan and the teenager’s second victim.

The court was told by the second victim how he was violently threatened prior to Khan then forcing him to perform a sex act on him.

The Slovakian teenager, Khan’s accomplice in the rapes of the two men, was sentenced to detention for eight years by the High Court judge, Lord Uist, at the hearing.

Both men were informed that the authorities will be supervising them for two years after they are released from their custodial sentences.

In addition, Khan and the Slovakian rapist are placed on the sex offenders register for an indefinite period.

A source told the Daily Record, reporting the case:

“Omar Khan is well known in the south side of Glasgow but kept his sexuality a secret.

“He’s told his family he was innocent of any rapes and they’re standing by him but what he did was awful.”

Omar Khan, who is a car mechanic, is the director of Khan’s Autos, a family business based in Glasgow.

It’s said that after giving Slovakian nationals work at his garage, Khan became friendly with some of them and together they hid their sexuality and targeted gay men, using apps like Grindr. And with the threats imposed on gay victims, they hoped they would be scared to report them to the police.

But, they were reported and subsequently, charged and convicted for the two male rapes.

“The victim in each of these charges was a homosexual man who was targeted for that and no doubt in the hope that he would report any crime against him to the police.

“You Mohammed Khan are now almost 29 years old. You described these crimes to the social worker who reported on you to this court as ‘just a bit of fun’.

“You were mature enough at the time to know exactly what you were doing.”

Khan’s notorious connection to the ‘Asian gangster’ criminal scene in Scotland is related to a gang vendetta he had with the family of Imran Shahid.

Shahid who also known as Imran ‘Baldy’ Shahid is a member of a Pakistani gang responsible for the racist and brutal murder of 15-year-old schoolboy, Kriss Donald, in 2004. 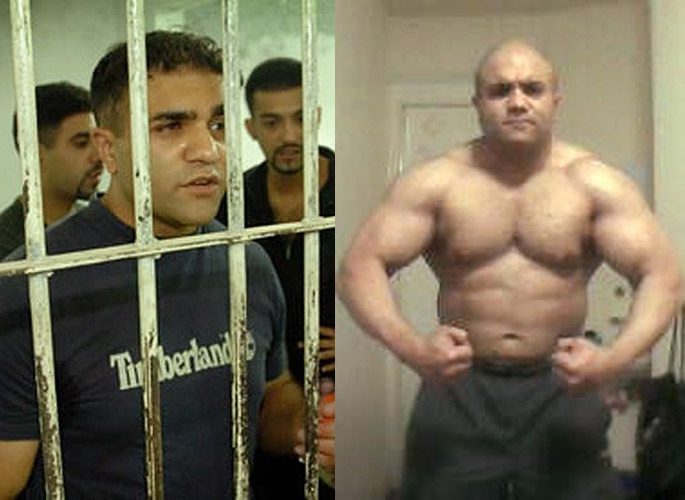 The schoolboy was grabbed by Imran Shahid from a street in Pollokshields, Glasgow and bundled into a stolen car by the gang and subsequently stabbed and horrifically murdered.

In November 2017, at a hearing, Imran ‘Baldy’ Khan was refused to be given his penis pump and Xbox 360 in a Scottish prison. He demanded the penis pump due to erectile dysfunction issues and having to take viagra.

The vendetta between Khan and Shahid arose because of Omar’s brother Sheban Khan, who was a major witness in the murder trial of Kriss Donald in 2006; where Imran Shahid and two other men were jailed for the racially motivated cruel killing of the boy.

The source revealed that Khan was “out of their league”, referring to past dealings with Imran ‘Baldy’ Shahid’s scrupulous gang.

In 2009, Khan was “chased by” armed Ahsan Shahid and Farooq Mushtaq in a car said the source. When “he [Khan] was just a boy and was targeted by people who were prepared to use a lot of violence.”

“His brother Sheban is a bodybuilder and looks like a clone of Baldy Shahid. He was the real target,” added the source.

Both Ahsan Shahid, aged 24, and Farooq Mushtaq, aged 25 were subsequently jailed for the vendetta.

Nazhat is an ambitious 'Desi' woman with interests in news and lifestyle. As a writer with a determined journalistic flair, she firmly believes in the motto "an investment in knowledge pays the best interest," by Benjamin Franklin.
Funniest Desi Reactions to the Royal Wedding
UK Mother Jailed for Daughter’s Forced Marriage in Pakistan