The Notorious Drug Lords of India

DESIblitz unveils some notorious and famous drug lords of India who have incredible net worths and lead a life many wouldn’t dare to speak of.

Drugs are extremely harmful to all and yet incredibly popular and dangerously profitable. Countries in like Mexico and Colombia are well-known for their narcos cartels and drug lords.

But what about India?

A country which has a growing problem with drugs especially in regions like Punjab surely has criminal elements behind the supply in the form of their own drug lords.

Small time ‘businessmen’ who deal and peddle the drugs are harmless compared to drug lords who fear no one and nothing.

Making and selling drugs is never the role of a drug lord because seldom do they get their hands dirty.

They are masterminds of the operation and are the kingpins of accruing vast sums of money from the drugs sold.

Their level of scheming, money laundering and extreme gun violence is just the tip of the iceberg.

Some have connections with those in banking, big businesses and even film celebrities.

While some drug lords want the world to fear them and know them by name, other drug lords prefer to stay underground and let their many associates do the dirty work.

Most drug lords live a glorified and lavish life; we are talking mansions, luxurious cars, exquisite possessions to gold-plated bathtubs. And security only the elite can buy.

We introduce you to a world of blood money, violence and the criminal masterminds who run the show from behind the scenes in India.

Here are some of the most vicious and deadly drug lords of India. 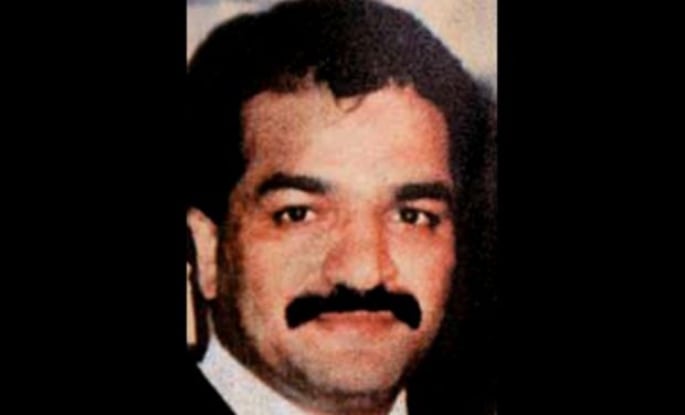 Born Ibrahim Abdul Razak Memon, operating as a kingpin under the alias, Tiger Memon is one of Indias most dangerous drug lords in India,

He is a criminal mastermind and terrorist.

Memon is one of many responsible for the attacks which took place in Mumbai in 1993. The number of death is said to be 257 with many more injured.

Memon survived by fleeing the country just before the attacks while his gullible teen ‘henchmen’ did the deed by plotting bombs and executing his plan.

For a while, many thought Tiger Memon was the main culprit behind the attacks but then news surfaced from across India that the attacks were plotted by Pakistan’s Inter-Services Intelligence (ISI).

This news was given to local media by  Usman Majeed, a former politician who has said the ISI will never allow Memon to surrender but they will kill him.

As for Tiger Memon, he remains uncaptured and reports say, law enforcement continues to consider Memon a threat. 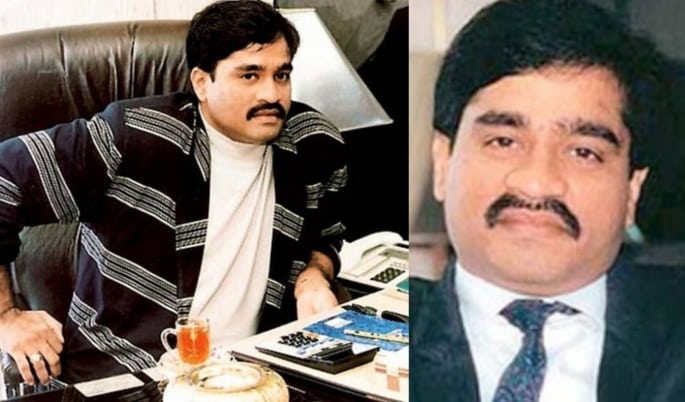 Dawood Ibrahim carries a comic like backstory – from good guy to villain.

Born with a good upbringing, son of a lead constable to one of India’s most wanted.

It took more than planning and scheming to become one of the most wanted in India. Dawood has quite the CV if you dare to review his career as a big-time gangster.

Starting as a delinquent, upgrading to running a crime syndicate and then terrorist; all this has given this bad wolf the lavish life we have all dreamed of.

Dawood has many ventures in the UAE, Spain, Morocco, Turkey, Cyprus and Australia and also is known to have major property portfolio in the UK which includes hotels, mansions, tower blocks and houses in suburbs in the south-east of England.

So, what did Dawood actually do? What crimes did he commit?

First, the Metropolitan robbery, a case which his father worked on and captured him. Dawood and a group of young boys were said to carry out the biggest robbery of the decade at that time.

Then the terror attacks in Mumbai where it is reported that Tiger Memon was his right-hand man.

Recent reports believe Dawood Ibrahim has resurfaced and was involved in the murder of Sri Devi. This was after a retired police officer Ved Bhushan stated the nature of Sri Devi’s murder points to Dawood Ibrahim.

He is also said to be the inspiration behind an Indian underworld character called “Dilly Mahmood” in the eight-part BBC television series, McMafia.

However, as of yet Dawood continues to live a relaxed, crime-filled life and remains uncaptured by law enforcement. He is said to be hiding in Pakistan. 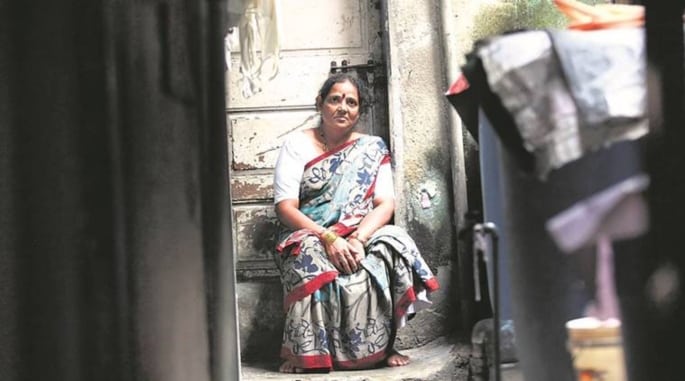 Meet Mumbai’s female drug dealer and who was the Queen of the drug underworld, Shashikala Ramesh Patankar.

Reported to have the alias ‘Baby’ or ‘Baby Patankar’ she was a woman not to be double-crossed.

Shahishikala was one of the main persons behind the distribution of a famous narcotic which was popular in the 1980s called ‘meow meow‘.

Baby Patanka’s case revealed that she engaged in business with people within law enforcement, had a large amount of wealth from selling ‘meow meow’ and owned a number of properties.

While not as wealthy as some of the other biggest and worst drug lords, Baby Patanka had money to her name.

Arresting her was not easy, NDTV reported that it took a number of 10 investigation teams and the time period of just over a month to capture her.

Although lack of evidence found by police enabled Shashikala to file for discharge, the substance seized by police turned out to test negative for any narcotics.

Nevertheless, a large sum of the so-called ‘meow meow’ drug seized was found in possession of a police constable ‘Kalokhe’. The very same name said to help Shahishikala escape.

In fact, this name ‘Kalokhe’ appears throughout reports on Baby Patanka’s case and he may have been one of her closest allies/ business partners.

Before ‘meow meow’ aka mephedrone, Patanka was selling narcotics like brown sugar and hashish in her early years and there she also came in contact with people in the same business as her.

What many don’t know is that Shahishikala proved she was dangerous before she became the famous meow meow peddler. The Indian Express reported that her nephew accused her of murder.

In 1993, this notorious drug lord went to the dark side and killed her own sister because she rejected her career choice. While reports state Shahishikala chose burning as her method of killing.

It is evident that among the drug lords in India, Baby Patanka is as dangerous and notorious as her male counterparts; her history as a drug lord proves her to be a criminal mastermind and a successful businesswoman. 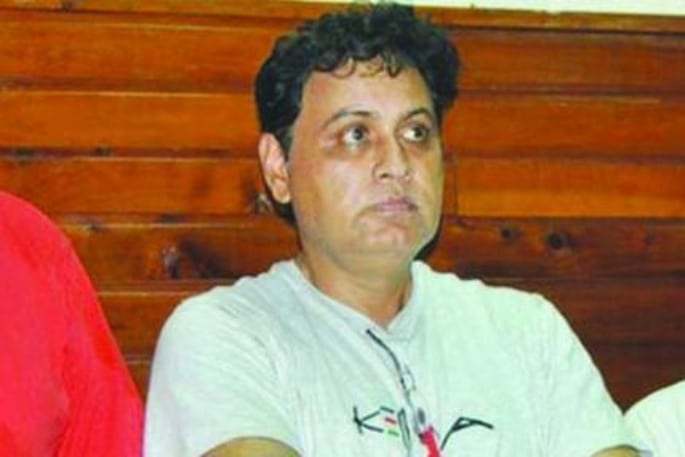 Vicky Goswami like Dawood Ibrahim was a son of a police officer, well educated and later turned rogue.

He first started as a bootlegger and selling drugs in Ahmedabad.

Goswami then moved to Africa setting up alliances with major drug lords there including Irvin Khoza, nicknamed the ‘Iron Duke’ in South Africa.

Vicky supplied drugs on a global scale, he was responsible for the supply of ‘Mandrax tablets’ from Mumbai to a Capetown.

Sources show that Mandrax was initially sold in pharmacies as a sedative but it caused users to become addicted and therefore was banned.

Like Vicky, many saw an opportunity and distributed the drug internationally; the drug was used with other narcotics such as cocaine.

The distribution of Mandrax had been on police radar for a long time in India but Vicky Goswami was good at staying hidden.

Until he began dating Bollywood actress Mamta Kulkarni; that was when the whole of India became interested in Goswami – the mysterious lover.

But how big and infamous of a drug lord is Vicky Goswami?

To begin with, Vicky had reportedly done business with people of the same status as Dawood Ibrahim and then expanded his network internationally, making a name for himself.

He owned a private jet and a chain of hotels and like many drug lords had an influence in Bollywood.

He threw a lavish party in Dubai in 1997 for  “anybody who was somebody in Bollywood”.  It was reported the stars returned to India with lavish gifts including mobile phones and luxury cars.

This led to the US Drug Enforcement Agency (EDA) and the Thane police both investigating him.

Police commissioner Param Bar Singh was heading the investigation on Goswami and made an ephedrine drug bust in April 2016. Singh said:

In the end, Vicky Goswami’s reign as a drug lord came to an unexpected end and he was seized by the US Drug Enforcement Agency. 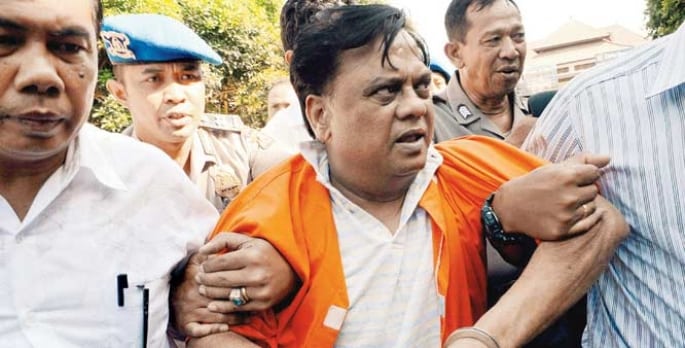 In 2015, The Indian Express valued Chhota Rajan’s net worth at Rs 4,000-5,000 crore which puts him among some of India’s richest drug lords.

Rajan, like the others, uses Mumbai as one of his main bases for his business operations as well as many international countries where he has investments in luxury markets.

Of course Chhota Rajan, the name was just an alias and he was actually born as Rajendra Sadashiv Nikalje.

Rajan was prosecuted in 2015 for 70 counts of murder, for illegally importing and exporting drugs followed by extortion.

The Times of India reported that Rajan escaped prison and headed towards a country in the Gulf.

In the end, Rajan’s own actions lead law enforcement to arrest him as he had given away his identity. He was deported to India after being captured by the Indonesian police.

He continues to remain in prison and a follow-up report stated the Dawood Ibrahim has made another attempt on Rajan’s life.

Not a glamorous life as expected but these are among some of India’s top drug lords and gangsters and the life they lead is nothing like what may be portrayed in music videos and TV shows.

Once you choose a life of crime, there is no turning back and there is definitely no shortage of enemies who probably want to do more than just talk.

The darker side of India, especially Mumbai, is not immune to the attraction of a life of crime, especially when it comes to having its own drug lords.

Rez is a marketing graduate who loves to write crime fiction. A curious individual with a heart of lion. She has a passion for 19th-century sci-fi literature, superhero movies and comics. Her motto: “Never give up on your dreams.”
10 Social Taboos that Still Exist in India
Sex Before Marriage Still a Taboo for Young British Asians?