Popular Cities to visit in Pakistan

In recent years, Pakistan has been on the news for a number of frightening reasons; terrorism, bombings, and targeted killings amongst others.

While this volatile region faces increasing tension on the political and economic sphere, it still plays host to numerous tourists from all over the world.

The country has innumerable historical and natural sights on display. The three most popular cities; Karachi, Lahore and Islamabad, attract the largest number of visitors. So leave your preconceived notions at the door and come visit this land of magic and wonder:

Karachi is considered to be the 10th largest city in the world. The sprawling metropolis is locally known as the ‘City of Lights’. This is largely due to the lively and vibrant nature of its citizens and the dynamic local atmosphere. A popular haunt for nocturnal individuals, Karachi never sleeps.

Restaurants and small scale dhabas are open for food junkies till as late as 3 am. Drive by the infamous Burns Road in the wee hours of the day; you will find families binging on succulent Nihari and having tête-à-tête sessions with friends. 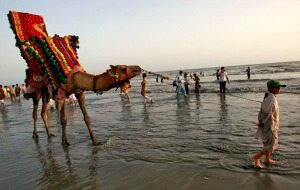 Escape the scorching sun by whiling away your daylight hours in centrally air-conditioned shopping malls. These offer an interesting blend of local and international brands.

Most of the shopping centres contain specially designed children’s play areas where parents can leave their kids under the watchful eyes of a caretaker.

For those looking for something more outdoorsy, the city has plenty of beautiful beaches such as French Beach and Mubarak Village. Swim in the crystal clear waters or spend some time getting the perfect sun tan.

Adventure lovers can avail the services of eco-tourism companies. These organizations make arrangements for scuba diving expeditions, fishing trips and wildlife exploration in the mangroves.

While Karachi has plenty to offer the average tourist, the security situation of the city must be kept in mind. Crime rates are relatively high and all personal belongings must be locked in the hotel safe before leaving.

When outdoors, always keep a watchful eye over your wallet or purse as there are many pickpockets around. Following these simple tips will ensure that you have a safe and enjoyable trip. 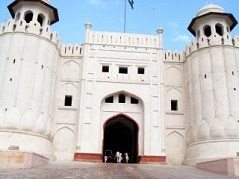 Lahore is the capital of the Pakistani province of Punjab and is the 2nd largest city in the region. There are few cities in Asia that can capture the magnificence and grandeur of architecture and culture in the way Lahore does. A popular local adage talks about how those who have not seen Lahore have not seen the world.

It is home to a number of popular Mughal relics such as the Badshahi Mosque, Lahore Fort and the mausoleum of Emperor Jahangir. History buffs in particular will fall in love with the myriad of sightseeing options in front of them.

The city also hosts a number of nature based recreational locations. Many of the tourists can be seen stretching out and picnicking at parks after a long day of historical and architectural sightseeing.

Shalimar Gardens is one of the most talked about and visited spot for outdoor activities. This was built by the Mughal Emperor Shah Jahan as a place where local residents could come and relax after a hard day’s work.

Shalimar gardens comprises of three levels of terrace, 410 water fountains, and over 50 varieties of trees and flowers. Picnic benches have been placed all over the park and a special area has been designed for children’s entertainment. 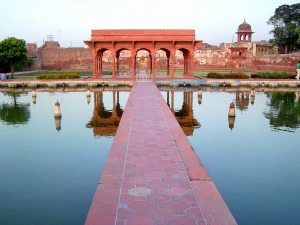 This includes small rides such as tunnelling slides as well as see-saws.  Adults can take leisurely strolls around the park admiring the abundant greenery and free flowing fountains.

Lahore is often considered to be a food lover’s paradise. For local Lahore residents, food evokes feelings of passion and has been a part of Punjabi culture since time immemorial. The city offers a host of dining options ranging from traditional Pakistani dishes to continental style restaurants offering Italian and Mexican cuisine.

It is highly recommended to feast yourself on some delicious Lahori Specialities such as Mutton Karahi (spicy meat-based curry), Taka Tak and Sarsoon ka Saag at least once on your trip.

The weather in Lahore tends to be towards the chillier side especially between during the peak winter months between November and February. Tourists are advised to keep warm clothing with them and wear it at all times. This will prevent unnecessary medical complications such as hypothermia and pneumonia.

Islamabad has been serving as capital of Pakistan since the 1960’s. The city is meticulously designed and divided in numerous sectors. Streets are lined with towering alpine trees and are spotless. This is a rare sight in such a third world country as ours.

The arresting Margalla hills provide a scenic backdrop to this idealistic living environment. Islamabad is a wonderful destination for nature lovers with abundant wildlife and scenic hiking and picnic spots. Rare species such as leopards, porcupines, birds and deer are often sighted. 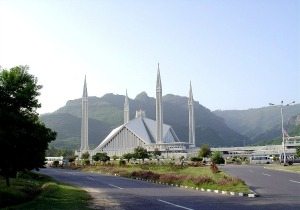 One of the most traversed natural destinations in the region is Damn-e-Koh. This is a viewing point and hill top garden located north of Islamabad, in the middle of the Margalla Mountain range. Daman-e-Koh presents a spectacular panoramic view of the entire city including visitor hotspots like Faisal Mosque and Rawal Lake.

Specially installed telescopes have been installed all over for visitor’s use. At any given point in the day, thousands of people can be found in this location enjoying the view. Children can be found feeding stray monkeys which are known to loiter around the area.

Islamabad’s grand Faisal Mosque is the 4th largest mosque in the world. It has been mentioned in several works of fiction including The Kite Runner by Khalid Hussaini. The uniqueness of this mosque lies in its design which does not follow traditional Islamic patterns like domes and arches.

Instead, it has been built according to modern specifications. Calligraphy and paintings by renowned Pakistani Sadeqain adorn the walls of this spectacular structure. Architecture and art aficionados will truly appreciate the magnificence of Faisal Mosque.

Whether you’re a history buff or a nature lover, Pakistan offers the perfect combination of culture for every kind of tourist. It is highly recommended you visit this great country at least once in your lifetime. You will fall in love with it.

Nazhat is an ambitious 'Desi' woman with interests in news and lifestyle. As a writer with a determined journalistic flair, she firmly believes in the motto "an investment in knowledge pays the best interest," by Benjamin Franklin.
Akshar Pathak’s Minimal Bollywood
Mahatma Gandhi’s blood auctioned in the UK