Reality TV show, Big Brother 2014 has announced it’s first Asian contestant. But how will Pavandeep Paul, a 22-year-old from an Indian family, cope in the Big Brother house?

Big Brother has been a phenomenon since it first hit our television screens in 2000 and there have been a total of 31 series to date. The show is still incredibly popular in the UK, and has become famous for its scandals.

It will be intriguing to see how a British Asian survives in the Big Brother house, especially as Pavandeep comes from a traditional Sikh family. Due to his beliefs has never cut his hair and still wears a turban when out socially.

Pavandeep says his family have given him a ‘good, honest and hard-working background’, and he adds:

“[They taught me to] stand my ground, protect my religion and always stand up for myself. We’re one big team, and my family mean everything to me.” 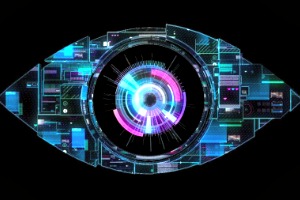 Pavandeep currently works for the family business in property, where he is partners with his father and uncle, and sees it as his dream job.

He hopes that by entering the Big Brother house he can educate the world more about his faith and ‘show them that Sikhs are liberal loving people who know how to have fun’.

Although he has traditional values, Pavandeep insists that his beliefs are modern: “I won’t have an arranged marriage, but will marry someone I love and care for no matter what religion they are,” he says.

Currently he is single, though it hasn’t been that way for very long. His last girlfriend was his closest friend from university, but they split up after deciding their relationship was more friendship than romance.

Pavandeep has said that he likes girls who are short, fun and fit.

He says: “I’m a shallow man, looks are important to me and a strong fashion sense.” He maintains that he isn’t entering the Big Brother house looking for love, but if he becomes interested in someone he won’t hide his feelings. 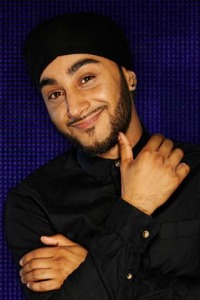 Pavandeep also says that he finds it easiest to get along with fun, level-headed people. He thinks that he would definitely get on with fellow contestant Mark Bryon as he is always looking for ways to have a good time.

As to making friends in the house, Pavandeep says: “My aim is to bring everyone together. I’m not argumentative, I want some harmony in there and I want some fun.”

However, Pavandeep also suggests he isn’t afraid of conflict. He has indicated that wouldn’t shy away from getting existing contestant, Helen Wood’s pass to the final removed if she attacks him in the house:

“If at one point I’m in the house and she does something that affects me or things that she’s done to be aggressive to other people, I will go straight to the Diary Room and tell them to take it away from her,” he adds.

As the first Asian contestant on Big Brother 2014 Pavandeep also insists he is 100 per cent certain that he will win the show, because he’s genuine and is doing it for the British Indian community.

With his confidence, faith in his traditional values, and fun-loving nature, Pavandeep could be set to become one of the show’s best loved contestants.

As well as Pavandeep, 31-year-old Biannca Lake and 29-year-old Zoe Birkett were introduced into the Big Brother house. This is part of what Channel 5 is calling “Big Brother – Armageddon Week”, in which a whole host of twists and turns will shake up the popular TV show.

Eleanor is an English undergraduate, who enjoys reading, writing and anything media related. Aside from journalism, she is also passionate about music and believes in the motto: “When you love what you do, you’ll never work another day in your life.”
Gandhi Statue planned for Parliament Square
Kidnapper Extradited from India and Jailed