Kidnapper Extradited from India and Jailed

A kidnapper has been jailed following extradition to the UK. 50-year-old Kalvinder Singh Uppal fled Britain but was detained in Chandigarh after investigations by Indian and UK police.

Uppal was part of a gang who kidnapped a woman at knife point.

The ringleader of a kidnapping group that abducted a woman from Leicester has been jailed.

Six other members of the criminal group were jailed in 2011, and another in 2012. However, Uppal managed to flee to India.

Uppal is a native of the Bilga village in the Jalandhar district, and according to Times of India owns an expensive house surrounded by five acres of land near Noor Mahal in the State of Punjab. 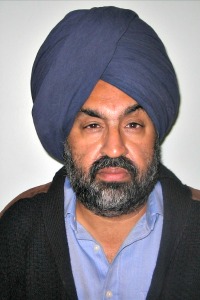 The Leicestershire police had been on his trail since May 2010, whilst in constant communication with the UK embassy in India.

Uppal was extradited last November to ensure that he would stand trial for his crime in Britain.

The actual offence was committed in July 2010. Uppal was part of a gang who kidnapped a woman at knife point, taking her from her house in the Highfields area of Leicester.

Their victim was an Indian national who had been originally brought into this country on the understanding that she would be working as a dancer in the entertainments business.

However, this turned out to be nothing more than pretence. On her arrival, the woman was made to offer sexual services to various men in return for money.

Later, the gang took her to Birmingham airport, with the intention of flying her back to India. It was here than the woman managed to evade her kidnappers and escape.

Detective Inspector Tim Lindley from Leicester Police was the co-ordinator of the team who returned Uppal to the UK.

He stated: “The victim was threatened with sexual violence and threatened with death. She is now getting on with her life, but she is still wary when she is out in public four years on.”

DI Lindley also spoke of Uppal himself: “He was undoubtedly the lynchpin, and he enjoyed the control he had over his victim.” 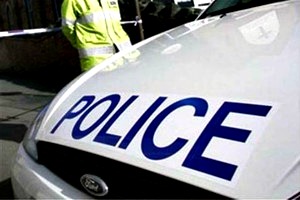 Talking about the long investigation which brought Uppal to justice, DI Lindley said: “We do not allow people to evade justice, no matter where they run to.”

Co-ooperation between the British and Indian authorities has of course been crucial to solving this case, as Uppal had to be returned to the UK before he could face justice. Indeed, it was in Chandigarh that Uppal was first detained.

DI Lindley paid tribute to the contribution of the Indian police, saying:

“I would like to thank the Indian authorities for their co-operation, and also the Foreign and Commonwealth Office and the Serious Organised Crime Agency/ National Crime Agency.”

This case has ended with a total of seven men being jailed. Their sentences range from 18 to 42 months.

With the recent publicity given to the trafficking of women happening between Britain and South Asia, this case once again highlights the seriousness of the issue, and how prevalent it is in the UK as well as abroad.

It seems that there is still much to be done in this area, before trafficking can be eradicated.

Yet it is certainly heartening that the British and Indian authorities have co-operated so fully on this case, as international co-ordination is crucial to solving this problem in the future.

Eleanor is an English undergraduate, who enjoys reading, writing and anything media related. Aside from journalism, she is also passionate about music and believes in the motto: “When you love what you do, you’ll never work another day in your life.”
Pavandeep Paul joins Big Brother 2014
Nominations Open for Asian Media Awards 2014