The parents of Alice Ruggles have described how Trimann Dhillon started to show his true colours and eventually took their daughter’s life.

"This was because the perpetrator was so good at covering it up."

The parents of Alice Ruggles have revealed how they watched their daughter change as her obsessive boyfriend Trimann Dhillon started to show his true colours.

Sue Hills and Clive Ruggles have provided an insight into how quickly romance can turn to violence.

Dhillon’s obsession with Alice led to him slitting her throat at her Gateshead home, in October 2016.

A Domestic Homicide Review was published into her death. It makes a series of recommendations about how similar incidents could be prevented.

In a foreword, Alice’s parents described how the new couple’s relationship rapidly deteriorated. They explained how they saw no obvious signs that their daughter was in danger.

They wrote: “Alice was strong, independent, caring and intelligent. She was full of self-confidence and well able to look after herself.

“In our eyes, she was not vulnerable. The controlling nature of her relationship with the perpetrator did not become apparent to us until after her murder.

“This was because the perpetrator was so good at covering it up.” 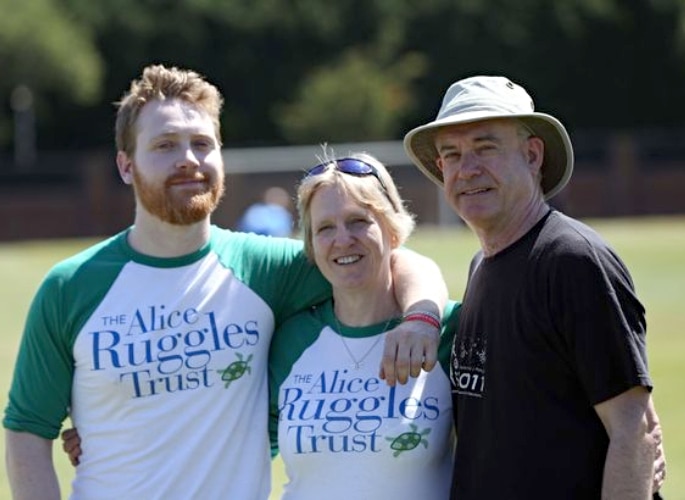 Alice, originally from Leicestershire, stayed in Newcastle after graduating from Northumbria University and getting a job there.

She met Dhillon through a mutual friend on Facebook. They chatted online for several months before meeting.

“Alice was introduced to the perpetrator by a mutual friend after he saw her in a picture posted on the friend’s Facebook.

“The initial three months of their ‘relationship’ occurred online, as he was a soldier serving abroad.

“He and Alice eventually met in January 2016, when he returned to the UK for a short period of leave before returning to Afghanistan for a further two months.”

After a few months of meeting Dhillon, Alice began to change. Sue and Clive noticed the change in their daughter.

“Alice was initially charmed by his attentive and caring behaviour. After he came back to the UK in April, their relationship deteriorated.

“Alice was clearly not happy; she became withdrawn and lonely and lost weight.

“She fell out with her best friend and then her housemates and moved to a flat in Gateshead, sharing with a work colleague.”

Sue and Clive noticed how unhappy Alice was during a family holiday to Cornwall.

“Around this time, Alice was contacted by another woman whom the perpetrator had befriended on a dating website.

“This was the culmination of a series of events where the perpetrator had lied to Alice, and she was no longer able to trust him. Eventually, she ended the relationship.”

However, Dhillon refused to accept that and he repeatedly sent Alice voice messages, texts, emails and calls.

Alice’s parents said: “In some, he professed his undying love; in others he used emotional blackmail, crying down the phone or threatening to kill himself.

“In one message he stated he was not used to being denied what belonged to him.

“He took control of her Facebook account and used veiled threats to release compromising photographs that he had of her.

“At first Alice tried her best to be pleasant to him, as it was not in her nature to be horrid, but he simply abused that in his attempts to get her back.

“When she began to ignore his messages, he contacted some of her family members and friends, trying to get them to influence her.

“He had also hacked into her social media, and it became clear that he was reading all her messages so that he knew who she was speaking to and where she was. The psychological effect of this on Alice was profound.”

On September 30, 2016, Dhillon turned up at Alice’s home and repeatedly rang the doorbell, but ran away whenever she came to answer. 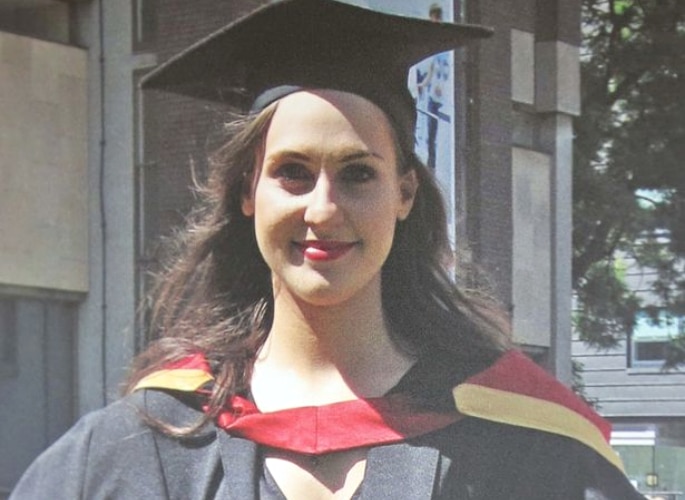 Dhillon also went into the back garden and knocked on her ground-floor window. When she opened the curtains, she saw flowers and chocolates on the windowsill and Dhillon walking away.

As he went back to Edinburgh, he left her a phone message where he repeatedly said that he did not want to kill her.

Alice called the non-emergency number on 101 that night. She was told that Dhillon could be issued with a Police Information Notice.

This meant that he would be arrested if he tried to contact her. The initial police contact reassured Alice.

“Alice received a home visit from a police officer who reassured her that she was not wasting police time, took her statement, and told her to contact him immediately if the perpetrator contacted her again.”

However, on October 7, 2016, Alice phoned the police again to report that Dhillon was still contacting her. But no action was taken.

Her parents said: “Alice was distraught, as she now believed that nothing could or would be done to stop this stalking.”

On October 12, 2016, Dhillon climbed into Alice’s flat and slashed her throat six times.

Following Alice’s murder, her family set up the Alice Ruggles Trust. This aims to raise awareness of stalking and coercive control.

Alice’s parents have also worked with Northumbria police and other forces to help promote the message and educate officers about the issue.

Dhiren is a journalism graduate with a passion for gaming, watching films and sports. He also enjoys cooking from time to time. His motto is to “Live life one day at a time.”
Indian Girl aged 12 Raped and Beheaded by Brothers & Uncle
Saima Hayat and Two Friends jailed for Murdering Husband