Saima Hayat and two of her friends have been jailed for murdering her husband Haider Hayat at a flat in Castlemilk, Glasgow.

"my hand was on his mouth and there was blood everywhere."

Her best friend Shahida Abid, aged 33, and her husband Muhammed Rauf, aged 42, were also jailed for their part in the crime.

Haider Hayat, aged 49, was subjected to a “sustained” attack with a number of weapons at a flat in Castlemilk, Glasgow, on April 3, 2018.

Hayat and Abid plotted to kill Mr Hayat. Rauf then beat the victim 100 times with a hammer and slashed his throat.

The court heard that Mr Hayat suffered more than 100 severe blows to his head, while his neck and throat had been cut at least 16 times.

The victim had multiple skull fractures as well as a broken jaw and cheekbone and deep cuts across his neck.

He also had other blunt force injuries to other parts of his body, including defensive wounds.

During the trial, Rauf said Haider made offensive comments towards his family and he snapped.

He said: “I was very angry. I don’t know what happened, how many times I struck him.

“When I came back to my senses I was on top of him, my hand was on his mouth and there was blood everywhere.”

During the trial, Hayat alleged that she left the family home because her husband beat her. However, the judge rejected her claims.

Lady Rae said: “From the evidence I have heard in this case I am satisfied that you Saima Hayat were the abusive partner in this relationship and not your husband.

“The evidence disclosed that you are a manipulative, scheming woman.”

Hayat and Abid did not give evidence as they continued to insist that they were innocent.

The three of them were found guilty of murder at the High Court in Glasgow in February 2019.

The court heard an audio recording, made by a neighbour, which lasted over five minutes. Eight children were asleep in the flat when the attack took place. 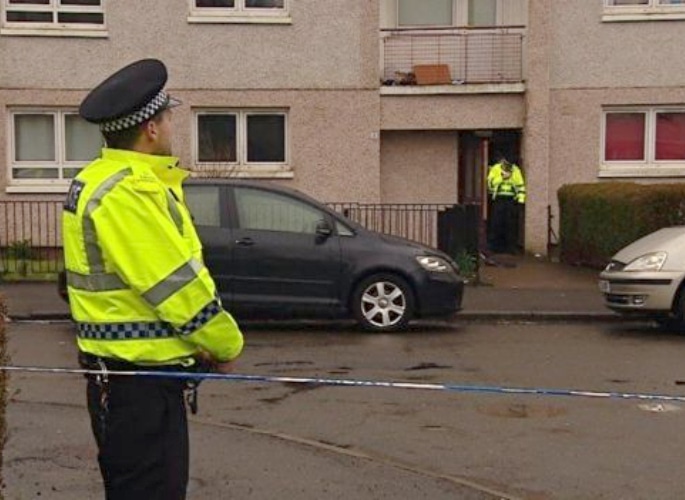 Passing conviction, Judge Lady Rae said: “You have been convicted of the brutal murder of a defenceless man who was at the start of this assault probably asleep.

“This was a sustained, relentless and merciless attack with lethal weapons.

“From the chilling recording, the jury heard of the noise within the flat it is clear this attack lasted in excess of six minutes. The injuries were so extensive it was difficult to count them.”

Mr Hayat was dead by 3 am, but his killers did not call the police until 5 am. Officers arrived to find Hayat and Abid tied up.

They claimed that Haider had tied up the women and children and injected them with chemicals.

The two women also said that Rauf came and saved them by killing Mr Hayat.

Hayat, Abid and the children were taken to hospital for tests, however, doctors found no signs of chemical injections.

All three were found guilty of murder and jailed for a total of 75 years.

Hayat and Abid were also convicted of attempting to pervert the course of justice.

Saima Hayat was given a life sentence and would spend at least 25-and-a-half years in prison.

“Haider Hayat was subjected to a brutal and sustained violent attack in the property where young children were present.

“This brings to a close a chilling investigation of acts which are simply unacceptable in our society.”

“I hope Haider’s family are now able to be comforted that his murderers are in prison for a very long time and in some way can move on.”

Dhiren is a journalism graduate with a passion for gaming, watching films and sports. He also enjoys cooking from time to time. His motto is to “Live life one day at a time.”
Parents reveal How Trimann Dhillon took their Daughter’s Life
Nirav Modi arrested in London for India Fraud Allegations