The Nvidia GTX range of next-generation high-end graphics cards have been released to pleasantly surprising results and price! DESIblitz reviews both the GTX 970 and the GTX 980.

With over fifty-million registered users of Valve’s PC-gaming client, Steam, PC gaming is more popular now than it has ever been.

Titles such as League of Legends, Diablo III and Minecraft have helped increase the number of PC gamers.

This resurgence has also been supplemented by older games such as World of Warcraft, Counter-Strike: GO and Team Fortress 2.

These titles are important due to the relatively low hardware-requirements necessary to play them.

It is the graphics hardware we look at today, more specifically the new high-end Nvidia GTX graphics cards series to see what their release means for PC and console gaming! 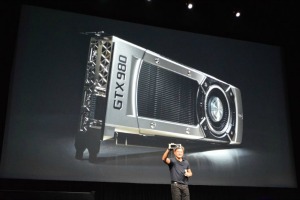 The new graphic cards were released on September 19th 2014.

Based on Nvidia’s revolutionary new chip technology, codenamed Maxwell, the cards give gamers the opportunity to play the very latest, graphically demanding video games at resolutions of up to 3840 x 2160 (4K) at a comfortable frame-rate.

This is while ensuring good power efficiency, an important aspect of Maxwell based cards.

Also the 970 and 980 require only 145 watts and 165 watts respectively. This is in stark comparison to last year’s flagship card, the GTX 780Ti which required 250 watts of power.

The lower power requirements mean, in theory, those gamers with less powerful machines can purchase one of the latest cards and use them at their maximum potential without the having to upgrade their existing power supply unit. 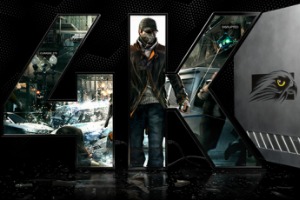 So, how does this relate to those of us who game exclusively on consoles, we hear you ask? Well, if we use the more affordable GTX 970 in comparison to that of the Xbox One and PlayStation 4, we will see.

Without too much jargon, the most basic unit of measurement of graphics-processing is FLOPS, more specifically teraFLOPS (tFLOPS).

In comparison to this, the PlayStation 4 is capable of approximately 1.84 tFLOPS. While Microsoft’s Xbox One trailing behind with roughly 1.24 tFLOPS.

Although tFLOPS should not be the ultimate determining factor in which device you should choose for gaming, the Nvidia’s current mid-tier card provides almost double the graphics-processing power of the best-selling next-gen console, PlayStation 4.

This is definitely food-for-thought, considering the new consoles are already struggling to attain the much-promised 60 frames-per-second, at 1080p resolution.

These instances are particularly obvious when we consider that influential individuals, such as Activision CEO Bobby Kotick in 2013 said the current generation of hardware will have a life cycle longer than the eight-year generation of Xbox 360 and PlayStation 3. 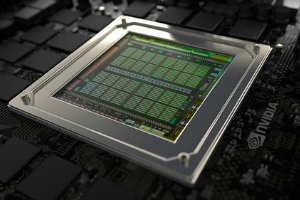 The new line of video cards offered by Nvidia also feature other high quality technology and features, including that of ‘Dynamic Super Resolution’, or “DSR”.

Nvidia’s DSR technology allows the 970 and 980 cards to render game objects and textures at 4k resolution, before down-sampling them in order to be displayed on screens of only 1080p.

Nvidia describe this process as delivering: “4K quality graphics on a HD screen.”

It is difficult to ignore the fact that PC gaming is becoming increasingly popular, just in time for innovations that the current crop of consoles cannot keep up with, such as the upcoming Occulous Rift.

With PC hardware becoming more affordable and PC games generally being cheaper and less space-consuming (thanks to the increase of digital downloads), while also providing a generally higher-quality technical experience.

It is easy to see why Jason Paul, Nvidia’s Director of Marketing in 2013 said: “PC gaming is enjoying a renaissance.”

With previously PC-only titles such as Minecraft and Diablo making their way onto consoles, it is evident that the door to PC gaming and PC games has already opened.