Nisha is the Indian Character in Borderlands

Indian character, Nisha, the Lawbringer is a playable character in Borderlands: The Pre-Sequel! game along with fan favourite, Claptrap, the Fragtrap.

"Nisha was a villain in Borderlands 2, who tormented the residents of Lynchwood."

One of this year’s most anticipated games is finally upon us.

Borderlands was a surprise breakout hit in 2009. The space western was praised by leading video game critics, earned a Game of the Year edition re-release, and spawned a sequel.

Despite not veering too far from what made the first entry so successful, Borderlands 2 managed to improve its average review score.

The shoot, loot, repeater’s slight tweaking is an outstanding example of ‘if it ain’t broke.’

Like Borderlands 2, the latest entry sticks pretty close to the original formula, only adding a few new features and weapon types.

Unlike Borderlands 2, the latest entry isn’t a direct sequel to the last. Instead, Borderlands: The Pre-Sequel! bridges the gap between the first two games.

The Pre-Sequel’s story focuses on Handsome Jack, a character fans will know as the megalomaniacal tyrant from Borderlands 2. 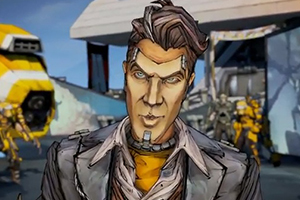 Randy Pitchford, CEO of Gearbox Software spoke to Polygon about the character.

He said: “The story is about the rise of Handsome Jack, so it turns out, you’ll discover, that he begins his journey maybe with morally good intentions.

“And throughout the course of this game, you’ll see how he becomes the horrific, evil villain he is in Borderlands 2 that seems to have enjoyed cutting people’s eyeballs out with a spoon. He wasn’t always so bad.”

Playing as one of four of Handsome Jack’s henchmen, players will watch and contribute to Jack’s corruption and descent into evil.

The four playable characters all featured in previous Borderlands games. They include Wilhelm, the Enforcer, Claptrap, the Fragtrap, Athena, the Gladiator and Indian character, Nisha, the Lawbringer. 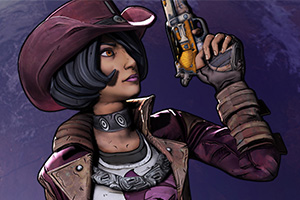 In Borderlands 2, Nisha was a villain who tormented the residents of Lynchwood, a fictional town in the game, and a love interest for Handsome Jack.

She dons a cowboy inspired look and rules over a large region on the planet Pandora and each of her 200 plus laws are punishable by death.

During the Pre-Sequel, players will witness the origins of their relationship.

Borderlands set the precedent for incorporating RPG gameplay into shooters. The gameplay has been described as “Halo meets Diablo.”

In fact, three years before starting work on Borderlands, Gearbox Software were in charge of the Halo port to PC.

The loot fest shooter has since resonated across the industry.

Even Halo creators, Bungie have applied some of the game’s themes to their latest mega-release, Destiny.

Joe Staten, who worked for Bungie on Destiny and Halo said: “We would be idiots if we didn’t look at an awesome game like Borderlands and ask, ‘What are they doing well and how can we try to hit that same ball?’

“I have never played a game where I have such a great attachment to my gun as I do in Borderlands.”

The stunning cel-shaded visuals have been widely praised by critics. However, the series’ staple art style almost didn’t make it into the game.

The original, more serious art-style – referred to in-house as the game’s “Brown Period” – was canned as it conflicted with the game’s over-the-top gameplay.

Borderlands: The Pre-Sequel! is available now for Xbox 360, PS3 and PC in the US.

The game will make the jump to Europe from 17th October 2014.

As of yet, there are no plans to release Borderlands: The Pre-Sequel! on current-gen consoles. Gearbox Software CEO, Randy Pitchford said: “there is not a [current]-gen version of this.

Zak is an English Language and Journalism graduate with a passion for writing. He is an avid gamer, football fan and music critic. His life motto is “Out of many, one people.”
Nvidia releases GeForce GTX Graphics Cards
Top 5 Smartwatches for 2015