"There is a book for every reader in the romance genre."

She released her young adult romance novel My So-Called Bollywood Life in 2018. The book tells the story of teenage love, heartache and confusion – all with a desi twist.

My So-Called Bollywood Life follows the life of Winnie in her final year of secondary school.

Like many girls in her final year of school, she is desperate to gain admission at a good university. Her dream is to study film.

In typical Bollywood style, however, many obstacles get in her way. These include a love triangle and even the suggestion of a musical number at the end of the story.

Her main challenge is one of love and heartbreak. Her boyfriend Raj cheats on her. Heartbroken and confused, Winnie questions what to do.

She thought Raj was her soulmate. Would Winnie be giving him another chance to ensure that she lives happily ever after?

Nisha also has a book releasing in 2020, along with many others in the future.

DESIblitz had an exclusive conversation with author Nisha Sharma about her work and future books: 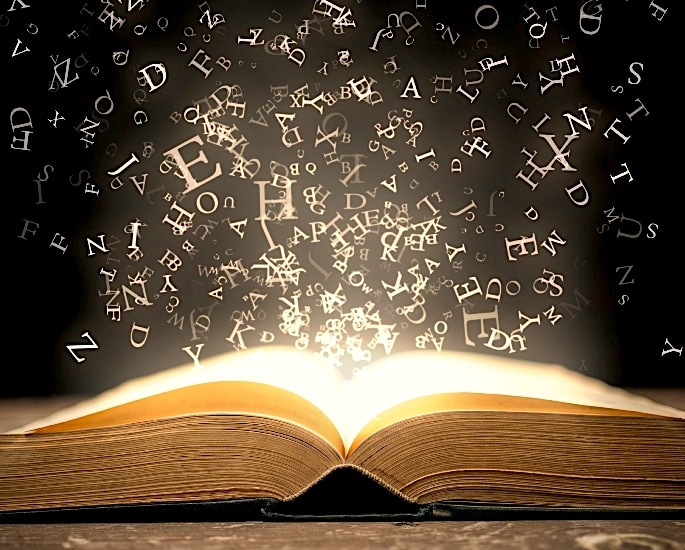 She explained that the genre itself is varied and totally depends on the writer. But she tells us that there is one rule:

“The adult romance genre is a billion-dollar-plus industry for readers interested in a happily-ever-after or happily-for-now ending. That is really the one defining rule of the genre.

“After that, anything goes. There are paranormal, sci-fi, contemporary, fantasy, thriller, suspense, historical romances, as well as young adult, inspirational, and books with romantic elements.

“The list goes on and on. There is a book for every reader in the romance genre.”

Adult-Romance as a Desi Writer 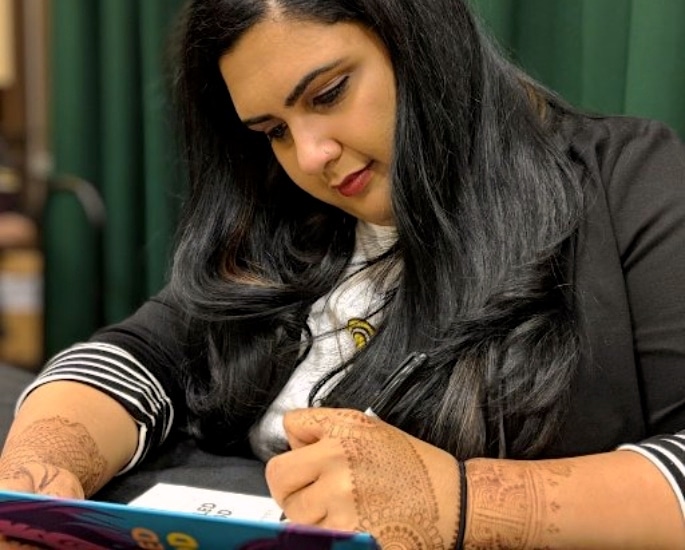 Adult romance is a genre appreciated by many people. Though, it is not everybody’s cup of tea. Some people may even disapprove of the genre.

Nisha felt, in general, the South Asian community was supportive of her and the genre she specialises in. She states:

“I have been incredibly fortunate to receive support and love from the South Asian community.”

She considers this support to be essential for her practice and motivation, acting like a big success for the community at large. She champions community-wide support, explaining:

“I think it’s so important for us to rally around each other and support individual successes because that means that we all succeed through representation.

“The readers that have come out to express their love for my stories embody this message.”

On the contrary, she also feels that not everyone supports her work, mentioning:

“I’m sure there is an auntie or uncle out there who may not approve of me writing romance, but thankfully I haven’t come across them yet.

“I like to think that the community that I engage with is willing to overlook biases.”

Writing as a Career: Family Pressures 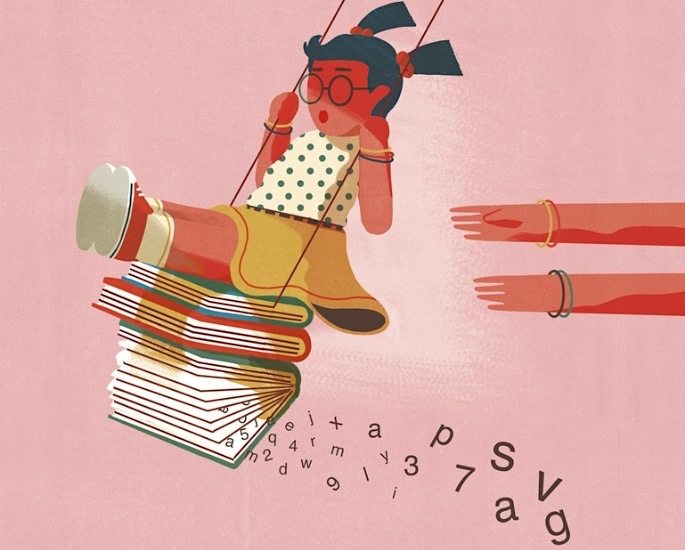 Nisha Sharma grew up in the United States of America. She has Desi heritage, however.

In reply to a question about what her South-Asian family thought of her writing career, Nisha said:

“I think it’s only natural for South Asians who immigrated to America to want their kids to pursue a successful, profitable and stable career.

As a result, she chose to study law alongside pursuing a career in writing. This meant that she could have an option to fall back on if writing did not work out. She told us:

“That’s why I actually pursued law while I was writing at the same time. I compromised and law became my ‘back up plan.’

“In the end, it worked out well for me because law helps me in my writing career.”

“My latest book The Takeover Effect is about a hostile takeover of a corporation, so my day job really played a part in the research for the story.” 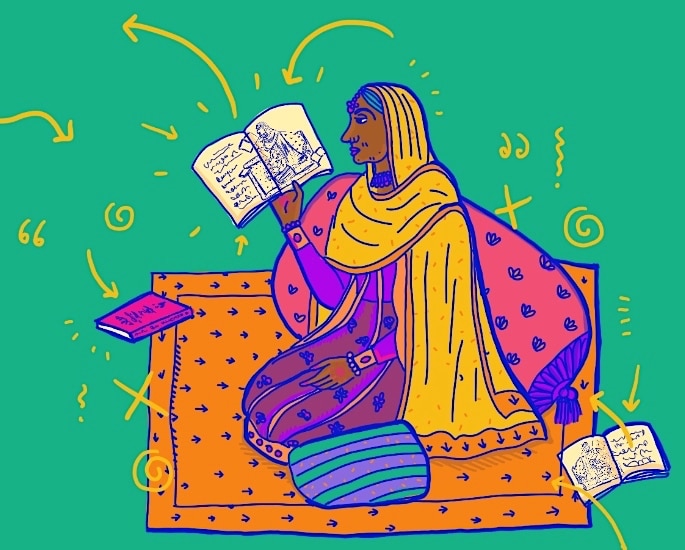 Nisha Sharma writes about the lives of South Asian characters, but what makes her different?

Nisha believes there needs to be a better representation of the South Asian community across the adult romance genre.

Like any community, every member of the desi population is unique and interesting in their own way. Nisha mentions that this is not the case in fiction. She says:

“I think we don’t have enough positive representation of the South Asian community in fiction. We focus so much on ‘brown pain’ and books about suffering with South Asians.

“I write books about successful South Asian characters living their normal every day lives with problems that they can overcome.

“I’d love to see more of that in the books we read so we can showcase the strength of our community.”

Nisha Sharma: What’s up Next? 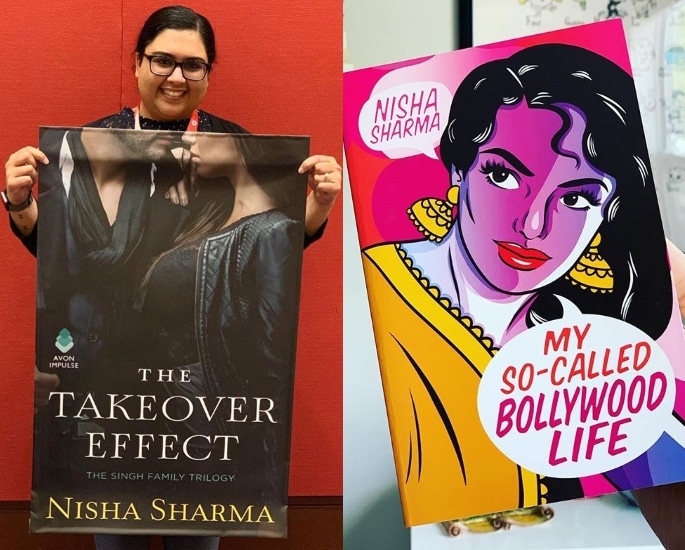 My So-Called Bollywood Life was the National Public Radio (NPR) Book Pick of 2018. Her fiction writing does not end there, though.

The companion novel for My So-Called Bollywood Life will follow the life of a classically trained Kathak and Bollywood dancer.

They will come together to make a strong team in a dance competition. More details are yet to be revealed.

“I’m also working on the second book to adult romance The Takeover Effect.”

“The second book The Legal Affair [follows the story of] the middle Singh brother in a story about a hostile takeover, and three brothers who will do anything to protect their father’s immigrant dream.”

It seems there is a lot more to come from Nisha Sharma through her writings.