Nisha Aaliya is a noteworthy and affectionate British actress. She exclusively speaks to us about her background, films and adaptability.

"she sort of entered with this majestical energy around her."

London based, Nisha Aaliya is a naturally talented and appealing British actress. Within a short space of time, she has already worked in the Hindi film industry.

Nisha Aaliyah was born in the Netherlands and is of mixed Asian descent. Despite being into dancing from an early age, acting became part of her ‘kismet’ (destiny) later on.

In unusual circumstances, she took a career u-turn by first entering into theatre and then films.

She went from doing independent British short films to appearing in Badnaam (2022).

The principal filming of this Indian movie took place in the United Kingdom. She featured in the film with reputable actor Mohit Segal.

Nisha’s character interviews Shakuntala in a key scene. She then received her first big break with The Girl on the Train (2021), featuring Parinneeti Chopra (Mira Kapoor).

This Netflix film was a Reliance Entertainment adaptation of the namesake (2015) novel by Paula Hawkins. Nisha took on the role of Piya, Mira’s best friend in this film.

In an exclusive conversation with DESIblitz, Nisha sheds light on her distinctive heritage, her entry into acting, working in Bollywood films and much more. 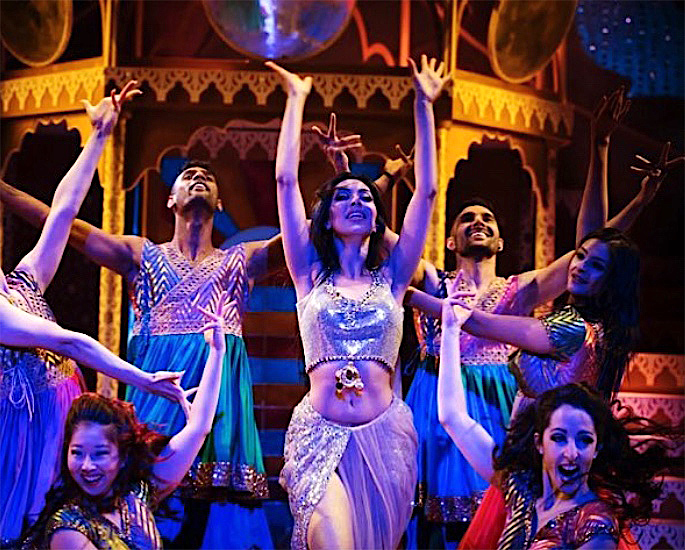 From birthplace to her family, Nisha Aaliya comes from quite a unique environment.

“I was born in Holland, but I was like two months old when I came to London. So I’m basically a Londoner.

“My parents are Indian and Burmese. My mom’s side is Burmese and my dad’s side is Indian. So that’s a mix.”

As a result, she is Indianese with a very Anglo-Indian touch to her personality.

Nisha admits that she does not know much about her Burmese heritage other than her aunty speaking the language.

She points out that this is due to her mother passing away, whilst she was young. However, Nisha expresses a keen interest to visit what she refers to as Myanmar and learning more about its culture.

From an educational perspective, Nisha reveals she went on to attend university to study English Literature.

Nisha says acting came much later in life. Despite not having a formal degree in this space, Nisha’s chosen subject had a positive effect on her acting career path:

Hence, she believes acting “was meant to be” part of her life. Nisha also mentions when growing up, she was impersonating and dressing like Karisma Kapoor and Madhuri Dixit.

According to Nisha, dance also had significance, especially after watching so many Bollywood movies on television.

Nisha discloses it was a random audition moment that saw her bag the lead role for a Bollywood dance theatre show, Bring on the Bollywood (2017)

Nisha divulges that the director of the play, Samir Bhamra made her realise that taking a sabbatical from the tech world was worth considering.

Taking his advice, she said this was the beginning of her acting career and has never since looked back.

Shakuntala Devi and The Girl on the Train 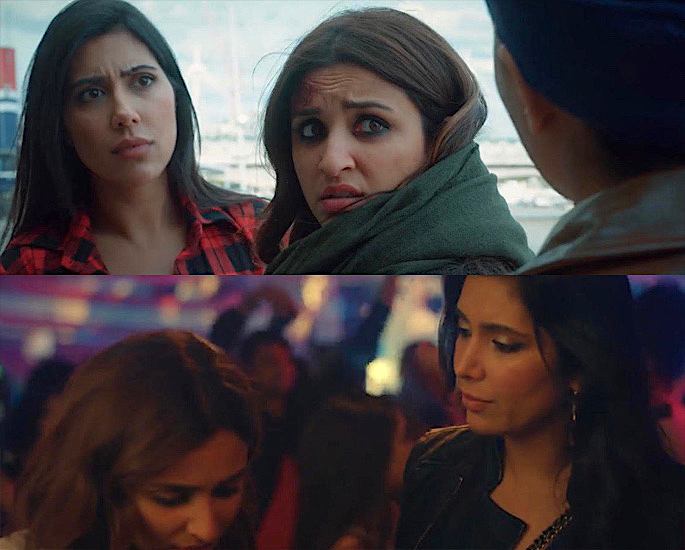 Nisha Aaliya had an uncredited role as a book interviewer in the Amazon Prime film, Shakuntala Devi (2020).

Nisha describes working with lead actress Vidya Balan as “amazing,” and that she had a special presence:

“She has like this magical aura. The scene was set up, there were supporting artists and just me.

“We were waiting for her to enter so we could start our scene. And she sort of entered with this majestical energy around her.”

Nisha reveals that much to her surprise, Vidya sat next to her. According to Nisha, Vidya began asking questions about her heritage and how she came to know “Hindi.”

Nisha said this made her feel very comfortable, as it was not normally the case where one had a superstar sitting beside them.

Citing it as a really good experience, Nisha adds that the two “ran lines together for the scene.” Going back and forth made it enjoyable for Nisha.

Nisha has an interesting story about her role as Piya in The Girl on the Train.

After Nisha’s agent pitched her for this film, she initially bagged the role of Parminder, but the lead actress of the film gave her a new name:

“I turned up on set and Parineeti Chopra said, ‘she doesn’t look like a Parminder, let’s call her Piya.”

“So my, name changed to Piya because she requested it.”

Nisha states it even got better when she came to know that she will be playing the sole best friend of Mira Kapoor (Parineeti Chopra).

Despite enjoying the community spirit on set and eating biryani together with everyone, Nisha found the shoot daunting, yet refreshing. By the end of it all, she was feeling on a high. 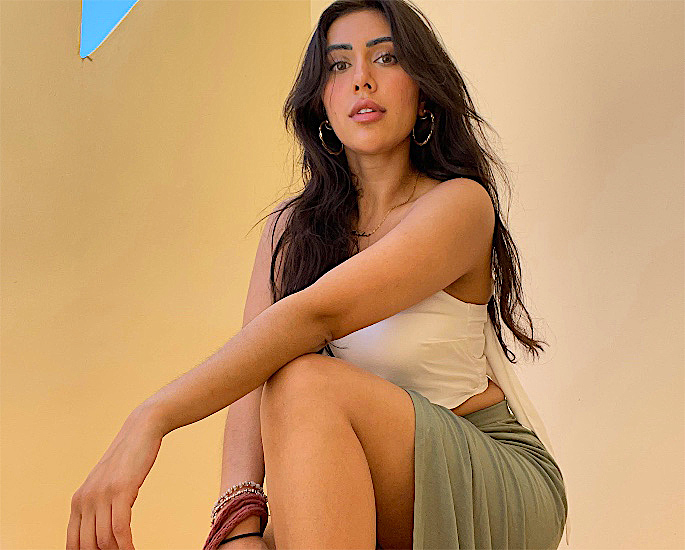 Nisha Aaliya stresses one has to show flexibility and be a “chameleon” whilst being an actress. She acknowledges that she is still learning to be more adaptable.

Nisha mentions it was a big change for her to come from the tech and numbers world, which had elements of “reliability, stability and structure.”

Nisha says, on the other hand, the film industry is not as quite structured but she had got used to it.

Despite her dance background, Nisha said the audience may not get to see her doing many “thumkay” (jerk to waist or hip), without dismissing it altogether.

Nisha explains the reason for this is that many of the Bollywood and film roles she gets are non-dancing ones.

Nisha also highlights the importance of language in cinema, citing the popularity of movies in Hindi.

Though she does point out that despite Hindi not being the first language of many, people do understand it.

Thus, according to Nisha for those who want to work in the Bollywood film industry, a language like Hindi is very important.

Additionally, she believes as a performer it is vital to “convey emotion through language” and have the right accent.

She mentions for example to act in American movies, one requires a good American accent.

Looking ahead, Nisha confirms she is portraying the ex-girlfriend of Randeep Hooda in the film, Rat on a Highway.

In addition, Nisha tells us that her agent is putting her forward for Hollywood, Bollywood and British work. She emphasises that her work has no boundaries or limitations.

Irrespective of travelling for any film project, Nisha underlines that London will remain her home.

Nisha also went on to share that she is quite  “shy” and very “introverted” away from acting and social media.

Furthermore, she advises young aspiring actors to attend acting school and study to master the craft as it requires a “high level of skill.”

Her phenomenal acting story just shows that you never know what is around the corner. As they say, it’s never too late to explore something that one is passionate about. This can be something completely different.