The wedding date is yet to be confirmed.

Mukesh Ambani’s son Anant had a traditional Roka ceremony with Radhika Merchant at the Shrinathji Temple in Nathdwara, Rajasthan on December 29, 2022.

The 27-year-old son of Mukesh and Nita Ambani is also the younger sibling to Akash Ambani and Isha Ambani.

Though there were rumours earlier owing to the presence of the Ambani parents at Radhika Merchant’s events, and vice versa, the statement comes as an official confirmation of the forthcoming wedding of Anant and Radhika.

Various pictures from the ceremony have been circulated widely online.

In the pictures, Anant is seen in a blue kurta that he paired with an embroidered jacket, while Radhika is seen in a beautiful saree.

A company release shared by Reliance Industries Limited said that the “young couple spent the day at the temple seeking Lord Shrinathji’s blessings for their upcoming union.”

Taking to Twitter, Parimal Nathwani wrote: “Heartiest congratulations to dearest Anant and Radhika for their Roka ceremony at the Shrinathji temple in Nathdwara.

“May Lord Shrinath ji’s blessings be with you always. #AnantAmbani.”

The wedding date is yet to be confirmed. 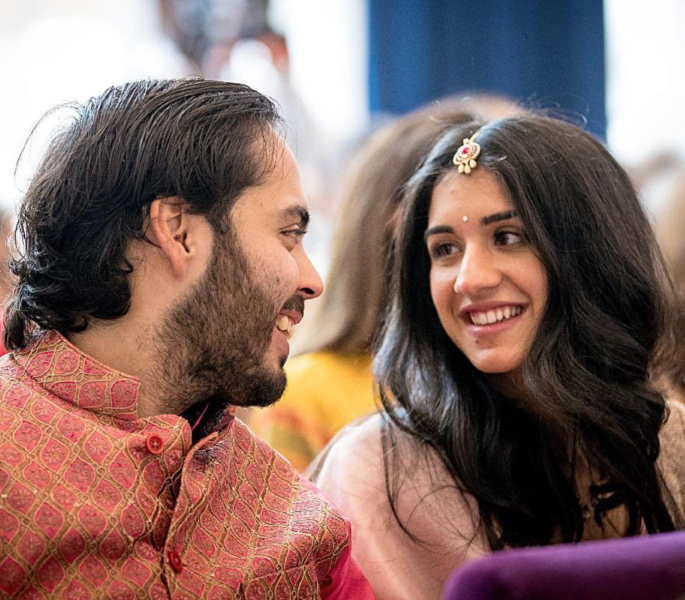 Radhika is the daughter of Shaila Merchant and Viren Merchant, the CEO of Encore Healthcare.

She is a trained dancer in Bharatnatyam and hails from the Kutch area of Gujarat. 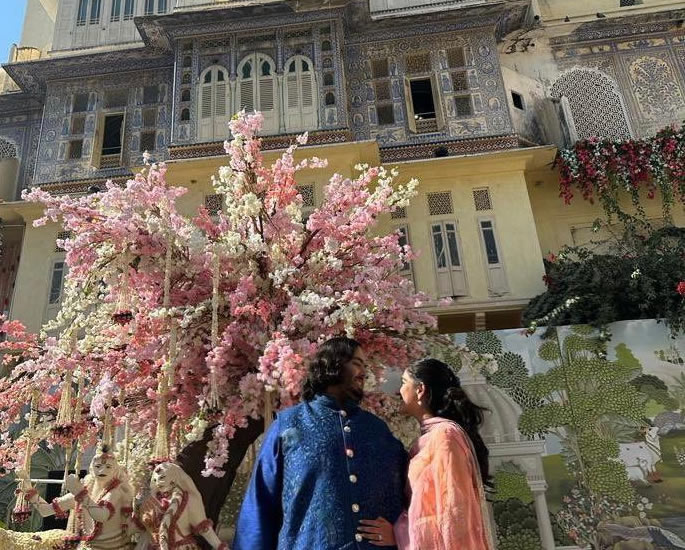 She is the disciple of Guru Bhavana Thakar of Shree Nibha Arts and has trained in Bharatnatyam for eight years.

In June 2022, Radhika made headlines after the Ambani family hosted a grand Arangetram ceremony at Jio World Centre. 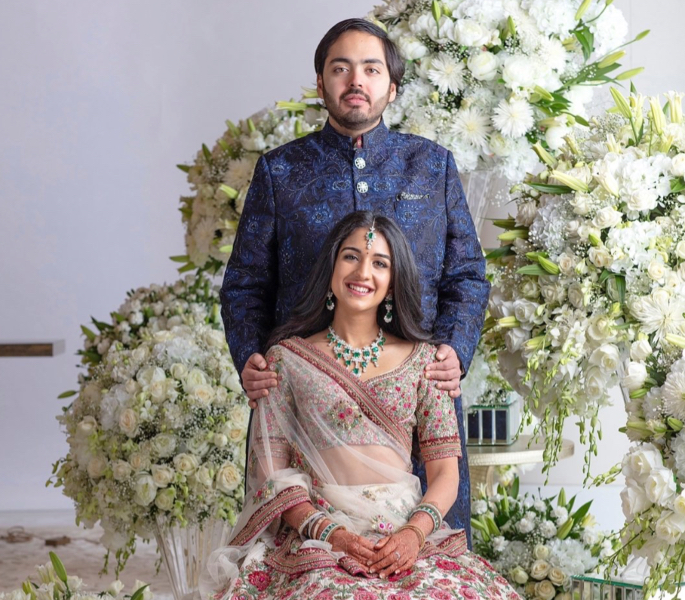 ‘Arangetram’ is a Tamil word that means ascending the stage by a dancer on the completion of formal training.

According to reports, Anant Ambani and Radhika Merchant are childhood friends.

In 2018, there had been several reports about Anant and Radhika getting engaged, however, no one from the Ambani family confirmed the news.

During the same time, an adorable picture of Anant Ambani and Radhika Merchant had gone viral on social media.

The picture showed them looking lovingly at each other while wearing matching robes.

Meanwhile, Mukesh Ambani and Nita Ambani’s daughter Isha recently returned to India with her husband Anand Piramal for the first time after the birth of their twins.

The couple received a grand welcome at their residence, Karuna Sindhu, in Mumbai.

The Ambani family was visibly overjoyed, and Nita Ambani was spotted holding one of the newborns in her arms.

According to reports, priests from all over India were called to organise a grand religious ceremony for Isha and her family on December 25, 2022.

Aarthi is an International Development student and journalist. She likes to write, read books, watch movies, travel, and click pictures. Her motto is, “Be the change you wish to see in the world
Indian Man injects Ex-Wife with HIV-Positive Blood
Indians Slap and Fight each other on Plane