‘The Newlyweds’ is a thrilling look into three real marriages in modern India and how the couples had to fight past stigmas for their love.

"He slapped her, told her to lay down as instructed"

The established author whose work focuses on crime, gender, identity, and culture has appeared in publications such as The New York Times and National Geographic.

The Newlyweds is entirely fresh but keeps in line with Choksi’s insightful work.

This novel focuses on three couples, each with their own love story, and whether modern relationships can survive in a traditionalist country. Choksi writes:

“These young men and women grew up with the internet, smartphones and social media.

“But when it comes to love, the weight of thousands of years of tradition cannot so easily be set aside.”

The conflict between obeying cultural standards and embracing modernity is the driving force of each couple’s journey.

There is Neetu and Dawinder, both from different castes who risk their livelihoods by wanting to marry.

Then, Monica and Arif, a Hindu woman and Muslim man that must hide and evade violence in order to pursue their relationship.

Finally, Reshma and Preethi. A lesbian couple that break the mould but are forced to flee for a chance at a life together.

Showcasing the shame, anger, hurdles, triumphs, and loss in these relationships, The Newlyweds is an open-ended display of survival.

The journey each of the couples take begs the question – “is it worth it?”.

However, through lyrical prose and moving imagery, Mansi Choksi gives space for the reader to decide the answer to that question themselves. 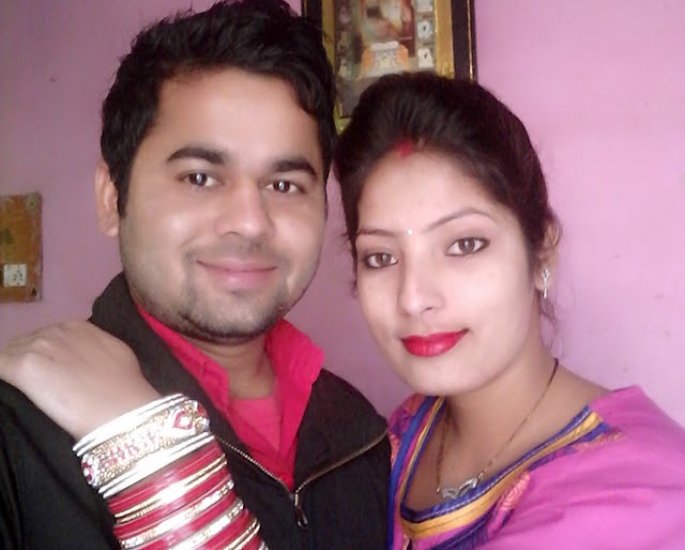 In North India, Dawinder Singh falls in love with his neighbour, Neetu Rani.

The two come from very different backgrounds. Dawinder is the Sikh son of a truck driver and Neetu is the daughter of a well-respected family in the village.

Whilst all seems normal with this relationship, their conflicting castes are the major hurdle blocking their safety as a couple.

The pair opted to elope during the night, seeking refuge with Sanjoy Sachdev from the “Love Commandos”. This organisation offers protection to interfaith and intercaste pairs.

Although he offers to help them, he is a shady character who manipulates the pair into giving him their savings.

However, it seems that Dawinder and Neetu’s intimacy was doomed from the start. As Choksi writes:

“Neetu had disgraced her family not only by eloping but also by doing so with the short, slow-witted son of a neighbour.

“According to rurual custom, men and women of the same village are considered to be siblings, which put Neetu and Dawinder’s relationship under the umbrella of incest.”

The reality is that Neetu was supposed to follow the tradition of women in the village. Choksi herself pens:

“Young girls are expected to stay at home until they can be transferred to a husband through an arranged marriage.”

Whilst the belief itself is unfair, it portrays the stark reality for many women in India. But these statements are so powerful from the writer.

Even the minor use of “transferred” automatically paints women as objects, and how they are perceived within that society. It resonates throughout The Newlyweds.

Nervous that they will eventually be caught, Dawinder and Neetu’s relationship starts to unravel.

The “Love Commandos” delay any shelter for them and the terrifying honour-killing of another inter-caste couple make them incredibly anxious and fearful.

However, it’s when Neetu’s family carry out some violent acts toward Dawinder’s family that things take a turn for the worst.

On one occasion, Dawinder’s father Gurmej goes to the hospital and is grabbed outside and placed in a van by Neetu’s cousins and uncle:

“…or drag him to the police station and force him to reveal the couple’s whereabouts.

“The village chief, who was crouched in the back seat, advised against the first idea, since wriggling out of murder charges had been getting trickier.”

This shows the level of corruption and lack of support systems from those in charge.

Money plays a big role in policing oversights. It also relates to how ‘forbidden’ certain types of love are. Likewise, if families disagree with it, then something extreme can be done.

The Newlyweds paints such a vivid picture of intercaste relationships.

Dawinder and Neetu’s story seems to have twists and turns but illustrates the courage, survival instincts and torture the couple had to deal with.

It also references how many boundaries there are around rural Indian villages and traditions that seem to serve only one purpose – control. 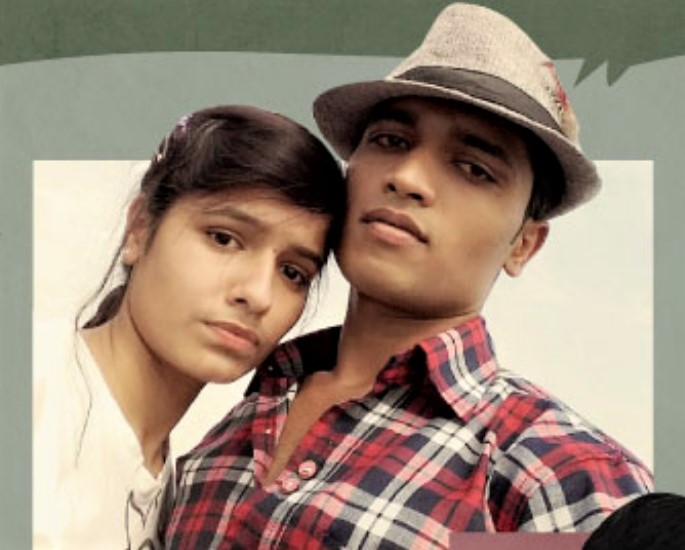 In Maharashtra, a western state in India, Monika Ingle falls in love with Arif Dosani.

The issue here is Monika, a Hindu, and Arif, a Muslim, cannot be together without disrupting their families’ wishes. Or in fact, those of society as well who disallow this type of relationship.

Although, the pair came together in quite a cute and romantic way after Arif spotted Monika crying. He messaged her:

To which Monika replied:

“Take one advice from me: be with only one person till the end.”

It was this statement that lived with Arif for a long time and he suspected he had been born into the wrong generation because of his romantic attachment.

And as with any young relationship of this nature, things were amazing, risky, unstable, and at times, unpleasant. In certain instances, Choksi explains how Monika would feel:

“His jokes would annoy her, his loud chewing would disgust her, his grubby fingernails would irk her, and she would call off the relationship.

“Arif would wait for a day to pass, for her mood to settle, and she would allow him once again to persuade her to give it another try.”

Pushing through these early issues made Arif and Monika’s story even more captivating.

Especially when we learn Monika is pregnant and the pair must avoid further suspicion of their relationship.

The fact that both of them are in a frowned-upon affair, pregnant before marriage, and lying are grounds for extreme repercussions.

The cascade of events is so emotional for the reader but it becomes even more poignant when you remember these are real lived experiences and not a fictional tale.

Even more so, the reader goes on a journey with Monika who is in pain from bearing so much conflict and it’s too much for her to handle:

“Suddenly Monika would feel so restless that her legs would begin twitching.”

“She would start shaking them violently to make the twitching stop and end up in another fit of uncontrollable tears.”

Although the duo prevails in certain scenarios, they cannot escape the constraints of their culture.

Monika aims to convert to Islam, Arif is accused of a “love jihad” conspiracy and married life does not meet their expectations.

The singular details, vivid language, and crisp dialogue in this story emphasise why The Newlyweds is so mesmerising. 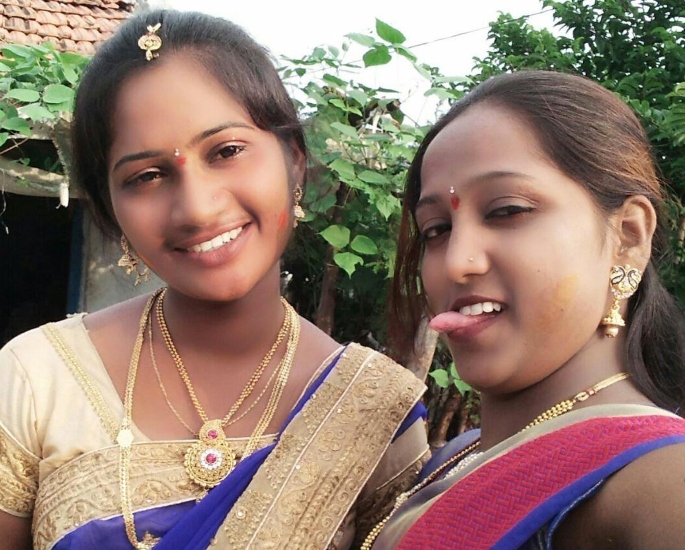 Perhaps the most stigmatised love in South Asian countries happens within the LGBTQ+ community.

It’s still under tremendous scrutiny in some parts and although there are ‘laws’ to protect these individuals, they are rarely enforced.

That’s why when Choksi disclosed the relationship of the lesbian couple Reshma and Preethi in the book, it was enlightening.

As with the other stories in The Newlyweds, this tale started off in a similar rocky fashion where Reshma was actually married to a man.

However, the characteristics of that marriage weren’t what she had envisioned for herself:

“On the night of their wedding, Reshma didn’t want her husband to touch her.

“When he slipped his hand inside her blouse, she threatened to break his arm and throw it to a pack of dogs.

“He slapped her, told her to lay down as instructed, and climbed on top of her.”

If anything, a lot of the moments from these relationships not only highlight the South Asian regulations on love but how heavily women are discriminated against.

Moving on, as the pair started to fall in love after visiting each other quite often, they declared that their “relationship will become unbreakable only once it gets a name.”

That name being marriage.

The duo lived together under the disguise of sisters to avoid India’s unfair legal system, a structure designed to constrain them.

Whilst they experienced harassment from their family, they still managed to enjoy their relationship given the circumstances.

But that all comes to half when jealousy, unresolved emotions and mutual differences ignite the doubts around the relationship. Choksi tells us:

“Until the night Reshma hacked Preethi’s hair, they loved each other in a way that made their hearts dance and their bodies sing.

“Now when Reshma made love to her, she felt Preethi’s body flop in defeat.

“Her lover was drifting away, lost in her sadness.”

Even though they avidly try to make it work and find solutions to their problems, they cannot bear the insecurities, shame, and guilt they feel.

This is mostly from leaving their homes and forcing themselves to live in a community/society that does not accept them.

At least at home, they had some sense of belonging. But elsewhere, they still feel lost.

The Newlyweds is a clever, exciting, tense, and innovative journey of three couples that are intertwined by cultural and societal expectations.

Choksi does so well in creating a narrative structure where the stakes keep rising.

She uses cinematic cuts to explain the different periods within these romances where we follow the journey of these individuals at the same time.

The author does so well at using artistic qualities to present these stories without losing sight of the facts.

That’s why the novel won the Overseas Press Club of America’s 2019 ‘Madeline Dane Ross Award’ and was a 2018 finalist for the ‘Livingston Award’ in International Reporting.

The intricate dialogue, damaging emotion, and uneasy adventures in The Newlyweds make it an insightful must-read.

Amir Khan to Release Autobiography
‘Ruby Roy and the Murder in the Falls’: Mystery & Culture