‘Ruby Roy and the Murder in the Falls’: Mystery & Culture

Following the release of Rima Ray’s debut novel, ‘Ruby Roy and the Murder in the Falls’, DESIblitz looks at what makes the novel so special.

The novel is certainly a beacon of representation

Indian American writer and professor, Rima Ray takes a comedic twist on the typical murder mystery in her debut novel Ruby Roy and the Murder in the Falls.

Ruby Roy and the Murder in the Falls is the first novel of Rima’s upcoming mystery series centered around the main character, Ruby Roy.

Rima’s debut novel was published in May 2022 and was the No.1 best-selling humorous fiction book on Amazon upon its release.

The novel follows the story of the female protagonist, Ruby Roy.

She’s a quirky and relatable South Asian detective whose world is turned upside down upon discovering a grizzling murder on her university campus.

Having grown up in Kuwait, Qatar, India, the Philippines, Japan, Canada, and the U.S, Rima has experienced many adventures.

These experiences and atmospheres have certainly reflected in the action-packed nature of this book. 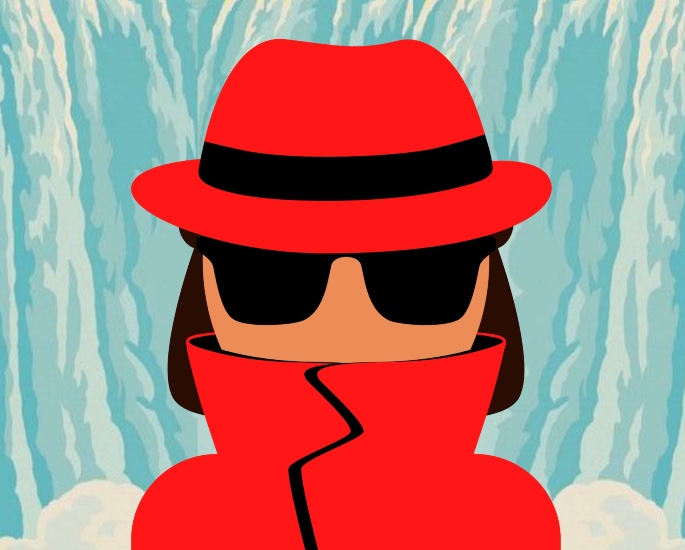 Before diving straight into the exciting murder mystery novel, Rima introduces us to the quirky and relatable protagonist of the novel, Ruby Roy.

The novel is written in a third-person narrative from the perspective of Ruby who is loosely based on Rima Ray herself.

In the novel, Rima tells her readers in a chapter titled ‘A Letter to my Readers’:

“The character of Ruby Roy is very close to my heart. She is largely based on me.”

This personal touch allows for a stronger connection between the reader and the author. It grants a reader to truly visualise the beloved protagonist as there is a clear authenticity to her.

This characterisation creates a relatable protagonist, one which readers are eager to follow as she embarks on her adventurous journey of mystery and drama.

There is certainly a great lack of female South Asian representation in the mystery literary genre.

Rima could not find it when reading murder mysteries, therefore she created the representation for herself.

The representation of a plus-sized South Asian female as the main character in a novel is rarely seen and is something that Rima executes perfectly. 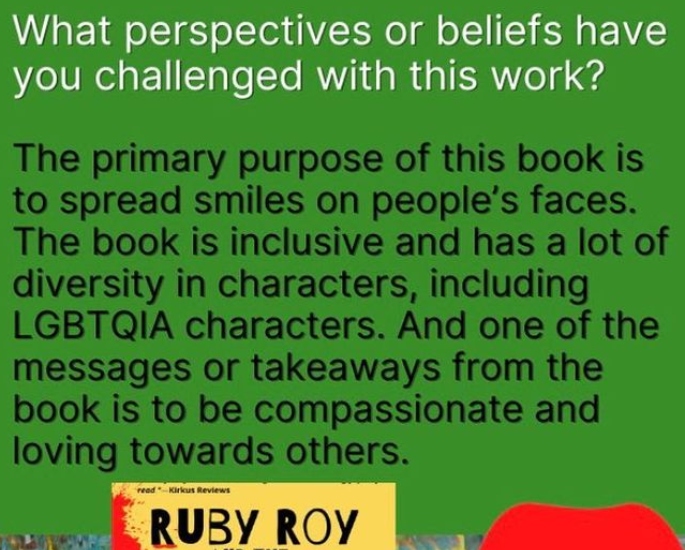 Another rare element of Ruby Roy and the Murder in the Falls is its ability to be representative of the wider minority population.

This set includes individuals hailing from backgrounds such as Asia, Africa, the Middle East, and North America.

The book is certainly a beacon of representation. A varied set of figures is rarely seen in a murder-mystery novel.

Whilst there are many characters involved, Rima does a great job of introducing each to the reader.

She manages to expertly detail their personalities using a comprehensive introduction from the protagonist.

The characters in the novel are organically introduced with each new character having a connection to Ruby.

Associate professors and close friends of Ruby Roy’s like Tanya and Laila represent and cater to various aspects of her personality.

Tanya, whose life revolves around her image, strict diet, and frequent indulgence of alcohol is far different from Laila, who prefers to indulge in home comforts and is extremely family oriented.

These two characters constantly butt heads and are opposites of each other. But, their stark differences work to balance the nature of Ruby.

There is certainly something to be admired in the depiction of the characters in the novel. Rima fully develops and embraces each new figure into the fold of the plot. 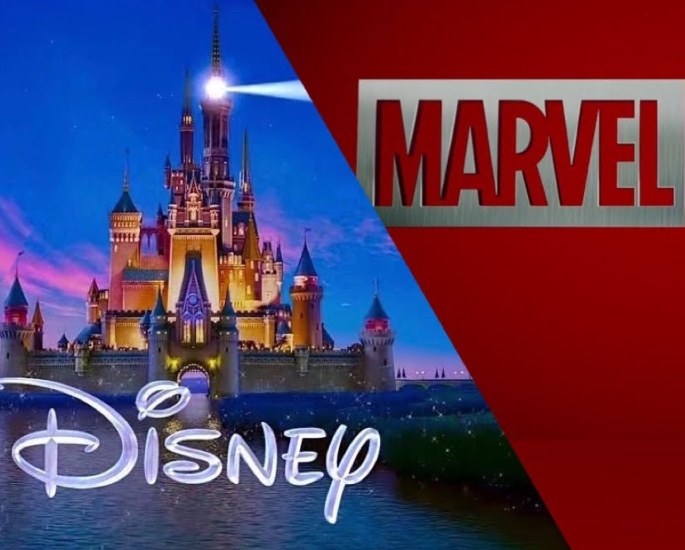 As an author, Rima also infuses her love for Bollywood, Disney, Marvel, and general popular culture through Ruby Roy.

The pages of the novel are filled with various cultural references to Hindu rituals, Bollywood, and Hollywood celebrities, drawn upon by the musings of Ruby.

Being a murder-mystery book fanatic, Ruby is compelled to investigate the murder that takes place at Baron University.

Thus, she transports directly into the action she loves the most in detective shows and books.

The portrayal of Detective Jones, the lead detective in the investigation, is a perfect example of how popular culture often takes over Ruby’s thought process.

When the detective is speaking to her regarding the serious nature of the murder, Ruby is instead imagining that an “orchestra of instruments had started playing”.

Not only does this make the moment drastically less serious but gives readers a much-welcomed laugh.

Whilst Ruby’s starry-eyed infatuation with Detectives Jones aka Chris Evans lookalike is funny, it makes her increasingly relatable.

Her infatuation with Chris Evans, her love of Bollywood romcoms, and her fascination with detective murder mysteries all add to her likeability as a character.

The cultural references show how she is up to date with modern trends, thus bringing her to the present. 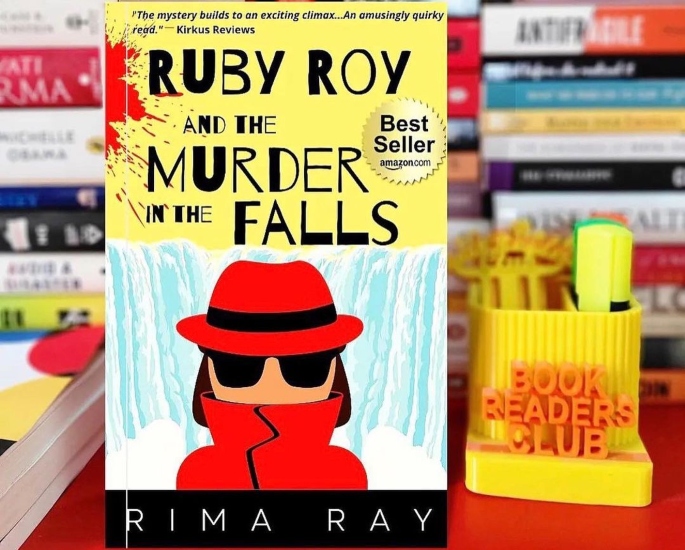 There are not one but two murder mysteries to solve in Rima’s thrilling novel.

Without spoiling too much, there is an initial mystery involving the murder of Professor Peter Malcolm.

However, an unexpected twist presents itself with the zoom murder of another professor.

Whilst most murder mysteries normally focus the drama on a singular occurrence, this novel brings together two dramatic events.

Rima Ray also makes it increasingly difficult to discern the murderer at hand with the introduction of multiple complex figures, making the suspect list even longer.

The lack of predictability makes the book more exciting. It leaves the resolution and unveiling of the double murder mystery till the concluding chapter.

Readers will be satisfied and surprised by the big reveal as it leads to a reasonable conclusion and a teasing cliffhanger of what is to come in the next novel in the series.

Though the murderer’s reveal is huge, Rima writes the character in a way that some may even sympathise with the unexpected perpetrator.

The ability to do this as an author is a testament to Rima Ray’s incredible writing skills. 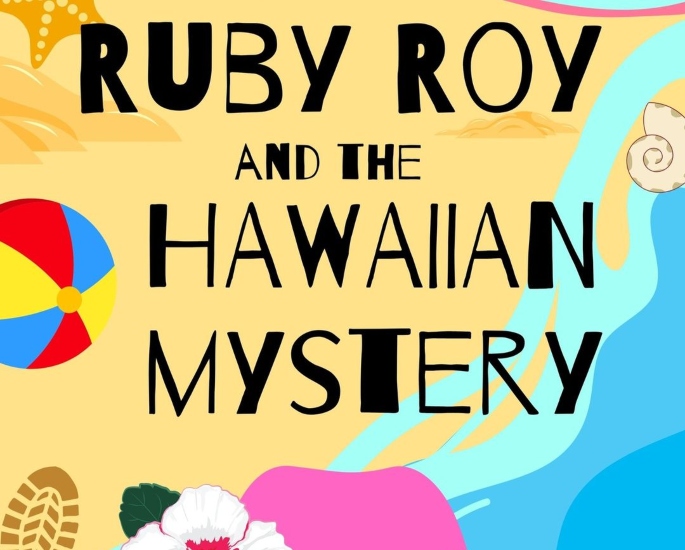 Though Ruby Roy and the Murder in the Falls maintains its murder-mystery genre, it is also infused with a comedic essence.

This provides a break from the serious nature of the plot without deviating away from the story’s direction.

Unlike a typical murder mystery which is usually led by a stoic character, the clumsy yet endearing nature of Rima’s protagonist provides amusing relief throughout.

There are countless instances where the beloved Ruby Roy manages to engage in embarrassing incidents and struggles to keep a low profile.

For instance, in an awkward scene with the college dean, Dr Williams, “Ruby had mistaken her dean’s smooth bald head for a back-seat cushion.”

This is just one of the playful events whereby Ruby fails to keep a low profile in a tense situation.

The humour certainly brings her character to life. It shows her main character is not just a one-note, impartial protagonist like many murder mysteries display.

Though slightly distracting from the main plot, these whimsical moments are vital in making the plot realistic. They allow for more believable moments and convincing dialogue.

These amusing aspects reflect the imperfections of a murder mystery as well as its credibility. It highlights how an investigation is not always as straightforward as it may seem.

Praised as “an amusingly quirky read” by Kirkus Reviews, the book has clearly amassed a positive and intriguing reception.

Ruby Roy and the Murder in the Falls is a perfect example for budding writers of how a character’s personality can effectively be mirrored in their writing style.

With an impressive descriptive narrative, complex characters, an intricate plot, and an unforeseen twist, the novel follows a riveting cosy-mystery story.

The fast-paced, witty, and gripping novel is certainly a page-turner that should be on everyone’s bookshelf.

With her next novel Ruby Roy and the Hawaiian Mystery in the works, we cannot wait to see how this captivating series unfolds!

Grab a copy of Ruby Roy and the Murder in the Falls here.