Man spared Jail for Dangerous Driving which Killed a Woman

A man from Buckinghamshire escaped a prison sentence after he was found guilty of dangerous driving which resulted in the death of a woman.

"He killed one of my best friends, he deserves to go to jail."

John McGovern, aged 39, of Beaconsfield, Buckinghamshire, was spared jail after his dangerous driving killed a woman.

He was sentenced at Isleworth Court on August 1, 2019.

On January 17, 2017, police were called at 9:35 am to reports of a collision on Green Lane in Hounslow between a car and two pedestrians.

Ponsona Aruna Sekar and Himanshi Gupta, who were friends, were taken to a West London hospital.

It was heard that while McGovern was driving his Range Rover, he veered onto the wrong side of the road, mounted the pavement, smashed through a bus stop and hit the two women.

McGovern had claimed he had blacked out when his car went on the wrong side.

Following the collision, he continued driving before going into a side road. He briefly stopped before driving further along and eventually stopping.

He then made several calls to his wife and a friend until he was located by officers and arrested. McGovern was charged in September 2018.

It was discovered that throughout his journey, McGovern had engaged in numerous calls including during the time of the collision.

He contacted three different doctors to provide evidence that he blacked out. All three stated that from what he had described, his symptoms sounded as though he may have fainted.

McGovern was ordered to do 200 hours of unpaid work, banned from driving for two years and ordered to pay £4,200 costs. 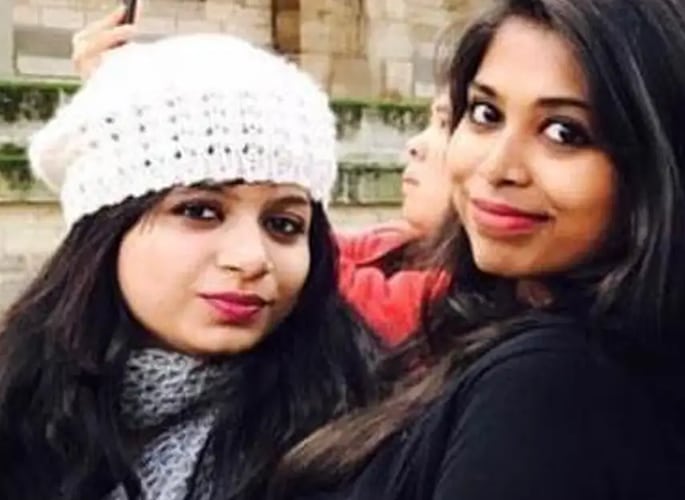 Mrs Sekar, who now resides in the United States with her husband, slammed the suspended sentence. She told the Standard:

“He killed one of my best friends, he deserves to go to jail.

“The jury found him guilty, he drove off after he killed my friend and left me for dead. I don’t understand.

“This wasn’t what we were hoping for or expecting. I mean he drove off, how could anyone do that? He must have known what he had done.

“There is no bringing her back. The emotional pain this crash has caused me I can’t put into words. He killed my best friend.”

“McGovern’s dangerous driving had catastrophic consequences that day, resulting in the tragic loss of a young woman’s life and serious injuries to another.

“After the collision, McGovern failed to stop at the scene. Not once did he call 999.

“This was a complex investigation with no witnesses or CCTV of the incident. We relied heavily on the forensic aspect in order to get justice for the victim’s and their families.”

Himanshi’s family paid tribute and said: “Our daughter was our princess, such a happy person, always smiling away, if you’d be around her, she would make you smile too.

“She was the life of our family. It’s still so hard to believe for us that Himanshi is not there. She was such a kind soul, just couldn’t see anyone hurt.

“We raised her as an independent woman, ready to fly, to fulfil every dream of hers.

“She was a great daughter, a wonderful sister and a dear friend and without her, our family will always be broken and incomplete, she was pure love and we miss her so very much.

“We are so grateful to DC Aaron Moon, all the team and London’s judiciary system for what they have done for us. Staying so far away in India, we always felt connected. My family cannot thank you enough for everything.”

Dhiren is a journalism graduate with a passion for gaming, watching films and sports. He also enjoys cooking from time to time. His motto is to “Live life one day at a time.”
Mother killed by Son-in-Law who Stashed Body in Takeaway
Indian Man Gambles Wife Away and lets Friends Gangrape Her