A man carried out an attack on a Gurdwara in Derby before stabbing a random passer-by in the street. He has now been jailed.

"an entirely unprovoked attack upon a stranger"

Mohammed Ibrar, aged 32, of Normanton, Derby, was jailed for six years and six months following an attack on a Gurdwara and knife attack on a random passer-by.

Derby Crown Court heard that the two incidents, both unrelated, happened on May 25, 2020.

He entered the building three times. On the second occasion, he was carrying a carjack which he used to cause damage.

The third time he came back and threw a note over the boundary wall which read:

“India did first lockdown after Pak Allah Pak, give punishment.

Judge Jonathan Bennett said it was a racially aggravated incident and that it had “caused a degree of distress to worshippers”.

That same day, Ibrar stabbed his victim multiple times in a random attack.

Judge Bennett said it was remarkable the victim had not suffered more serious injuries.

CCTV had shown Ibrar following the victim for “some time” before the victim realised he had a knife.

Speaking to Ibrar through an interpreter, Judge Bennett said:

“You then used it to stab towards him in what was an entirely unprovoked attack upon a stranger in the street.”

The victim tried to run away but was chased by Ibrar. There was a scuffle between the pair during which, the victim was stabbed.

The victim then attempted to run into a shop on Normanton Road, shouting: “Call the police.”

Ibrar followed him inside and continued his attack, stabbing the victim several times.

Judge Bennett continued: “He continues to make every effort to protect himself and received defensive injuries.

“He thought he was going to die.”

After people in the shop threw items at him, Ibrar left, leaving his knife behind.

People in the shop then came to helped the injured victim. 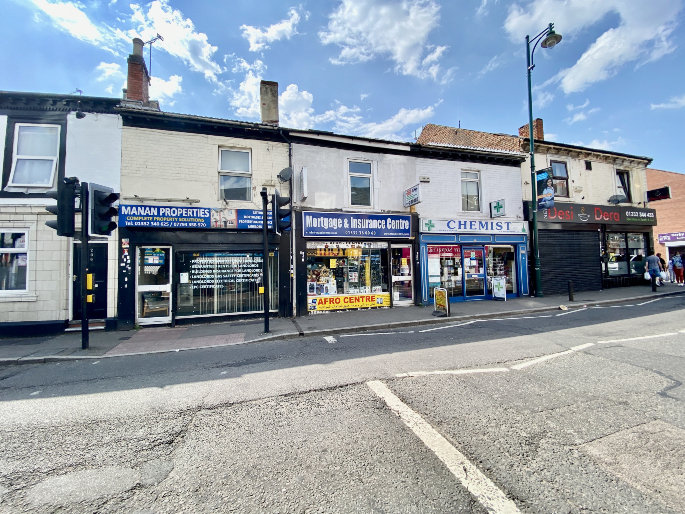 In a statement to police, the man said Ibrar “wanted to stab me in the head with knife. He wanted to cut my neck here, and here”.

Ibrar returned home, got rid of his clothing and told his wife:

“I’ve done something and I need to stay in the loft.”

At a previous hearing, Ibrar pleaded guilty to assault occasioning grievous bodily harm with intent, possessing a knife and burglary, while a not guilty plea of attempted murder was accepted by the prosecution.

Pakistan-born Ibrar married a British citizen in 2013 and moved to the UK in 2018.

He was described as a man of previous good character.

“It may be the case that Mr Ibrar has experienced an episode of mental illness, including during the period of time covering the allegations, from which he has now recovered.”

Judge Bennett concluded that Ibrar’s mental health at the time “impaired your judgement and ability to make rational choices”.

He added that Ibrar’s wife had been “exceedingly worried for your health” and there had been difficulties in being able to get a proper assessment of his mental health with his GP due to lockdown restrictions.

Judge Bennett said Ibrar posed a “significant risk to members of the public of serious harm”.

He said: “I do recognise the efforts in the days preceding this offence by members of your family, particularly your wife, to get you help.

“I accept that you have a loving and supportive family. I acknowledge that you are currently stable.

“However there is some evidence of an episode when you were in Pakistan.

“I conclude that an extended sentence is necessary in the circumstances.”

On March 16, 2021, Ibrar was jailed for a total of six years and six months, with an extended licence of four years.

Derby Telegraph reported that once he is eligible for parole, he faces being deported, although it is a matter for the Home Office.

Dhiren is a journalism graduate with a passion for gaming, watching films and sports. He also enjoys cooking from time to time. His motto is to “Live life one day at a time.”
The Story of Anwar Ditta & Her Immigration Battle
Indian Brother killed Elder Sister in Public for Love Affair