London shopkeeper Selliah Manimaran has been jailed for fatally stabbing a man to death over a dispute about a broken car windscreen.

"It was a sinister ploy on Manimaran's part which led to a brutal and fatal act."

Selliah Manimaran, aged 44, of London Road, Mitcham, was jailed for 16 years and 18 months on Friday, December 21, 2018, at Wimbledon Magistrates’ Court, for stabbing a homeless man to death.

The court was told that Manimaran fatally stabbed Arunesh Thangarajah, aged 28, and injured his friend, aged 35, after hearing that the two victims had allegedly thrown a rock at his car and shattering the windscreen.

Manimaran lured both men to his shop on London Road at approximately 3.00am on May 20, 2018, with the promise of having drinks.

When the two men arrived, Manimaran was waiting for them in a nearby alleyway and armed with a knife. He attacked both men, fatally stabbing Mr Thangarajah.

Detective Inspector Helen Rance, who led the investigation, said: “Manimaran lured the victim, Arunesh Thangarajah, and his friend to his shop (SM Newsagents in London Road) on the premise of a friendly drink.

“When they arrived, he was waiting for them in a nearby alleyway with a three-inch knife.”

Police were called to the scene at 3.29am in response to reports of a stabbing which took place. They arrested Manimaran at the scene and he was charged with murder and attempted grievous bodily harm (GBH) on May 21, 2018. 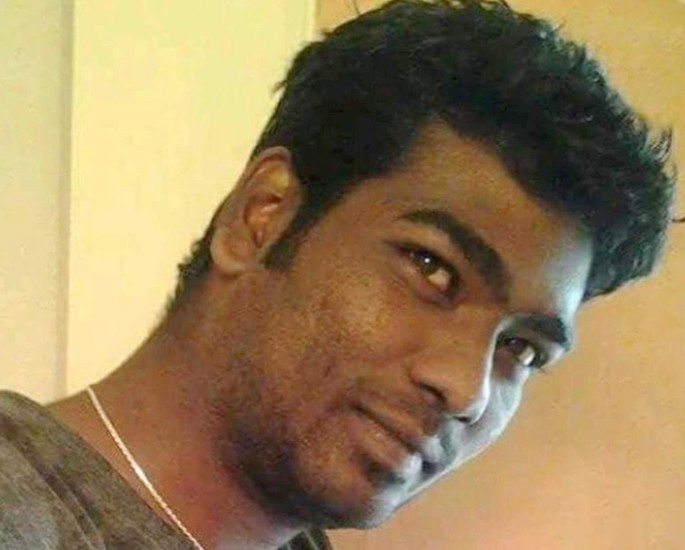 DC Rance said: “He was angry after being told that the victims had allegedly thrown a rock at his blue Vauxhall Corsa and shattered the windscreen the previous afternoon.

“It was a sinister ploy on Manimaran’s part which led to a brutal and fatal act.”

Paramedics from the London Ambulance Service were unable to save Arunesh who died at the scene.

Mr Thangarajah, who was homeless at the time of his death, suffered nine stab wounds. He had two injuries to his chest, one on the thigh and two in the lower back.

A post-mortem was conducted on May 21, 2018, and determined that the cause of death was due to a fatal stab wound to the heart.

At his hearing on December 19, 2018, Manimaran was found not guilty of murder and attempted (GBH). He was found guilty of manslaughter and possession of an offensive weapon.

“I am very glad this man has been brought to justice for his actions that led to the death of Mr Thangarajah.”

Manimaran was sentenced to 16 years in prison for manslaughter and 18 months for possession of an offensive weapon which will run concurrently.

In a statement, Arunesh’s family said: “Nothing will ever bring back Arunesh. We are very upset by what has happened but pleased that Manimaran has been found to be responsible for the death of Arunesh.

“We wish to thank the police for the assistance they have provided to us as a family and we are very grateful for the way in which they have conducted the investigation and supported us.”

Dhiren is a journalism graduate with a passion for gaming, watching films and sports. He also enjoys cooking from time to time. His motto is to “Live life one day at a time.”
Banker Zahid Naseem jailed for Murder of Escort after Sex
Security Guards jailed for Stealing £200k iPhones from UPS Depot