A man and woman have been charged with the fatal stabbing of a popular shopkeeper known as ‘Zammy’ in Lozells, Birmingham.

A man and woman have been charged with murder following the fatal stabbing of shopkeeper Mazammal Mahmood Butt.

Mr Butt, known as Zammy, was found with serious injuries outside his Mazammal Halal Butchers shop in Lozells Road, Birmingham, just before 3:30 pm on November 17, 2019.

He was confirmed dead before arriving at the hospital. A post-mortem revealed that Mr Butt died from a single stab wound.

People paid tribute to Zammy by laying flowers outside his butcher’s shop, which was closed for three days.

“Officers found Mazammal Mahmood Butt with serious injuries in Lozells Street just before 3:30 pm and he was confirmed dead before arriving at hospital.”

Shortly after, a car was stopped in Alum Rock Road and a 27-year-old man was arrested on suspicion of murder. It was believed that the man was known to Mr Butt.

Detective Inspector Nick Barnes said: “A man has sadly lost his life at the hands of a knife and we are now working to establish exactly why this happened.

“Although a man has been arrested I would urge anyone with information which can help our enquiries to contact us.”

“He was a very hardworking man. He was a provider. He provided for his family and now he left us. He is no more in this world and is never coming back. He just left us without a goodbye.”

“Just after 5 pm on Sunday, I had a call from a friend who is now living in Pakistan saying his son had been stabbed.

“I was in a state of shock, it was terrible news. Naturally, he was distraught. He was very upset.

“I went down to the area and spoke to other family and friends. The family have run the premises for many years – Mazammal Halal Butchers, on Lozells Road.

“The victim was a really nice, hard-working boy, I have seen him grow up over the past ten years. He worked with his father at the butcher’s from the age of 17 or so.

“It is his name on the butcher’s shop. His father is now in Pakistan. I have known the family a long time.” 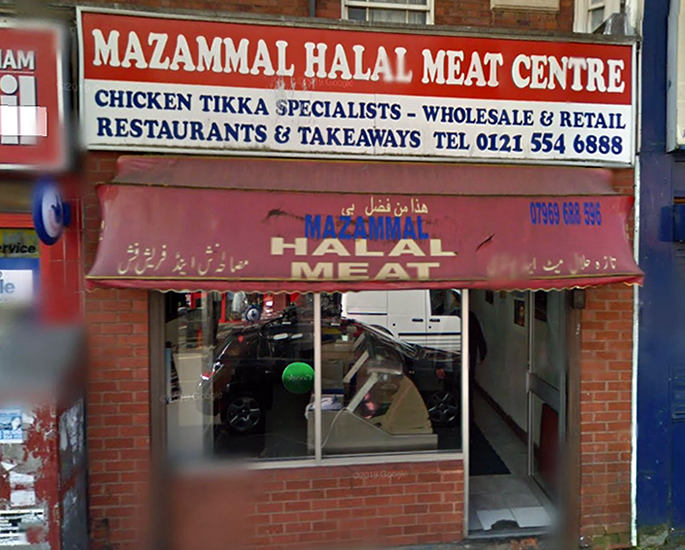 On November 19, 2019, a man and woman were charged with the fatal stabbing of the shopkeeper.

In a statement, WMP said: “A man and a woman have today (19 November) been charged with murder after a 27-year-old man was fatally stabbed in Lozells on Sunday (17 November).”

Neighbouring shop owners expressed their shock at the murder. The man who runs Brax News next to the butcher’s said:

“I was working on Sunday afternoon and didn’t hear a thing – no shouting, screaming, nothing.

“The first I knew something had happened was when there was a commotion and the police and ambulance turned up.”

He said he knew Mr Butt, who lived above the butcher’s shop.

A staff member at the New Medina Superstore also stated that he did not know that the stabbing took place. He explained:

“I was working here on Sunday afternoon but was inside the store so didn’t see or hear anything.

“But people were coming inside, saying ‘something’s happened over the road, the police and paramedics are there’, so I went outside and saw what was happening.”

Birmingham Mail reported that Mobeen Shahzad, aged 27, of Lozells, and Sheridan Fitzsimmons, aged 28, of Highgate, have been charged with murder and are due before Birmingham Magistrates Court.

Dhiren is a journalism graduate with a passion for gaming, watching films and sports. He also enjoys cooking from time to time. His motto is to “Live life one day at a time.”
Indian Youth and Woman Beaten and Spat on for Affair
Pakistani Man reveals Torture in Naqeebullah Murder Case