A Leicester man has been jailed for carrying out a series of unprovoked attacks in the city, including slitting a 10-year-old boy’s throat.

"We still have sleepless nights from it."

Leicester Crown Court heard he also stabbed two adults and drove into a five-year-old girl at various locations in the city.

All four victims were hospitalised before being discharged days later.

The boy had been saving a parking space for his mother at the time. He said he was grabbed and attacked by a man who later ran off.

He suffered a slash wound to his throat and was taken to hospital.

Police later discovered that he was linked to two similar incidents.

On January 14, a woman in her 30s suffered a slash wound to the back of the head on Doncaster Road. She was walking with her two young children when she felt something sharp to the back of her head.

She described seeing a person holding a yellow handled knife who later fled.

On January 16 in Dean Road, a man in his 70s was slashed on the back of his head and slashed on his hands. Whilst walking, he recalled being hit on the head by a man who then ran away.

A CCTV image of Racitalal was released on January 20 and he handed himself in. At the time of his arrest, he was carrying a rucksack which was the same one seen in CCTV images. 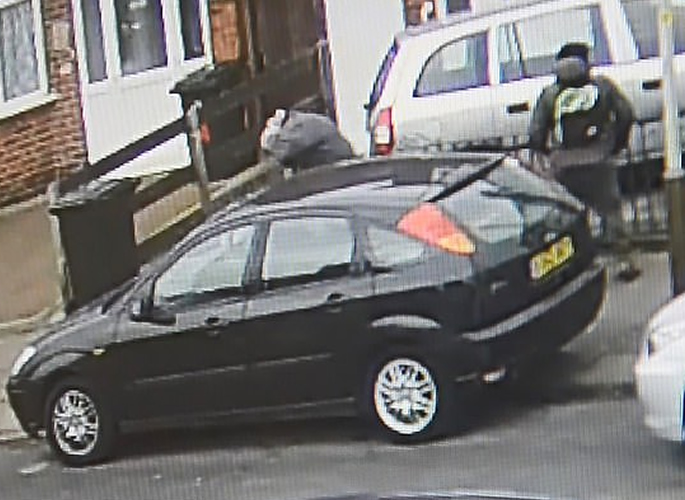 He was then linked to a fourth incident in a car park in Exploration Drive on January 2.

Racitalal drove into the back of a five-year-old girl before leaving the scene. The victim suffered a broken nose, cuts and bruises.

During his police interview, Racitalal denied being responsible for the random attacks and denied being in possession of a knife.

However, when his bedroom was searched, police found a large kitchen knife wrapped in a pillowcase and a yellow handled knife in a box.

Racitalal was charged with all the offences and remanded into custody.

On November 5, 2020, Racitalal was convicted of four counts of attempted murder.

The 10-year-old boy’s family said: “Seeing our young child being attacked on that horrific day was like living a nightmare for us. It is something which no-one should ever have to go through.

“We have watched our boy suffering unimaginable pain and the events of that day still remain with us now and still scare us. We still have sleepless nights from it.

“Life will simply never be the same for us. We do not wish for anyone to ever go through what we have been through since that day.

“All of the attacks which were carried out by the defendant were terrible and horrific for all the victims involved and for their families.

“We just wish and pray that they had not happened to anyone and our prayers remain with all of those who have been affected.

“We would like to thank everyone who helped us on the day of the incident and during the investigation since including Leicestershire Police, East Midlands Ambulance Service and the Crown Prosecution Service.”

“You armed yourself with a weapon in at least three of these cases, went out and identified vulnerable members of the public to attack.”

He added that the boy “came within millimetres of death” after his throat was slit.

“This was an extremely complex investigation with very distressing circumstances.”

“Racitalal is an extremely dangerous man who had no concern, regard or remorse for any of his victims, who ranged from young children to an elderly man.

“Racitalal carried out his attacks with weapons including knives and a car, before then running away or driving off from the scene.

“The dedication and commitment of officers and staff both in the investigative team and across force led to these incidents being linked.

“The team then worked tirelessly around the clock determined to gather the evidence and find the person responsible.

“My thoughts and thanks are with the victims of these attacks, for their bravery, patience and co-operation during an extremely traumatic time.

“I hope this court result helps in some small way as they continue to move forward in their lives.”

Dhiren is a journalism graduate with a passion for gaming, watching films and sports. He also enjoys cooking from time to time. His motto is to “Live life one day at a time.”
How Kamala Harris made a Difference to US Elections
Indian Cop lured Widowed Woman into Affair for Money