A man has been jailed for carrying out an arson attack on a Leicester shopping centre which devastated several businesses.

it was a "great mercy" that the diners escaped

Parvinder Singh, aged 28, of Nottingham, was jailed for 34 months for an arson attack on a Leicester shopping centre.

He was jailed after he admitted “arson being reckless as to whether life was endangered” when he appeared at Leicester Crown Court in April 2020.

Singh lit a fire at Belgrave Commercial Centre, in Belgrave Road, on January 6, 2019.

He was captured on CCTV setting fire to some crates in a storage area below a restaurant. Singh poured liquid over the crates before leaning over the same spot.

He then gets up and calmly leaves as the fire starts to take hold. Flames quickly engulfed the walls and ceiling.

Police were called to the fire just after 10 pm, where the fire service were also in attendance tackling the fire. Initial enquiries quickly determined that the fire had been started deliberately and an investigation was launched.

The arson attack caused £1 million worth of damage and destroyed several businesses, leaving owners and staff devastated and the wider community shocked.

The damage was so significant that part of the building had to be demolished. 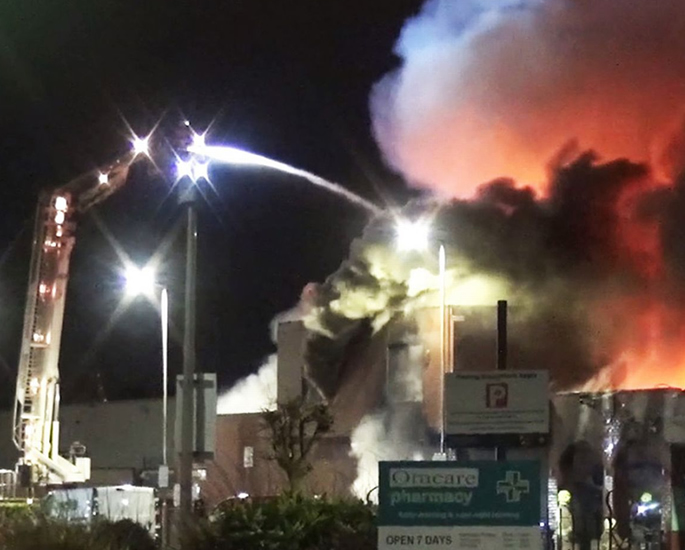 No motive for starting the fire had been disclosed.

Many people were inside the premises at the time of the fire but fortunately, nobody was injured.

Police spoke to witnesses, CCTV was analysed and public appeals were made. The image of the suspect was issued.

The enquiries led to Singh being identified as the man in the CCTV footage. Police worked to locate Singh and he was arrested in October 2019.

It was heard that he was an illegal immigrant from India who was worried about being deported.

Judge Philip Head said it was a “great mercy” that the diners escaped while they had been “gravely at risk”.

He told Singh: “There is no evidence as to the reason why you did what you did.

“You got hold of some liquid firelighter which you put in a container and carried in a bag to that building.”

“This was a devastating incident for residents, business owners and workers in the community.”

“Businesses were completely destroyed and it is extremely fortunate that there were no injuries in the fire. Lives could have been lost on that night because of the actions of one man.

“My thanks go to those who helped us in this case including witnesses at the scene and the full team who were involved in this investigation.

“I hope this conviction helps those affected by Singh’s actions as they continue to rebuild from the devastation that was caused that night.”

Dhiren is a journalism graduate with a passion for gaming, watching films and sports. He also enjoys cooking from time to time. His motto is to “Live life one day at a time.”
Two Indian Girlfriends of Double Murder Crook arrested
Drug Driver posed with Luxury Cars days after killing Man