London hosts the Olympic Games for 2012 and over 10,000 athletes from around the world will be descending on the capital of the UK to perform their best to win Olympic medals.

The majority of venues have been divided into three zones within Greater London for the event. These are the Olympic Zone, the River Zone and the Central Zone. In addition to these, are venues are which are outside of Greater London, including the Weymouth and Portland National Sailing Academy on the Isle of Portland in Dorset, which will host the sailing events, some 125 miles (200 km) southwest of London. The football tournament will be staged at several grounds around the UK. 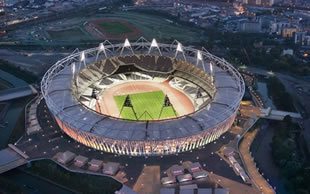 Preparation for the Games has involved considerable redevelopment and construction, especially bearing sustainability in mind for post-Olympics use. The main focus of this is a new 200 hectare Olympic Park, constructed on a former industrial site at Stratford in the East of London. The Games will also make use of many venues which were already in place before the bid won by London during the 117th IOC Session in Singapore.

One partner, DOW Chemical Company, has not been particularly welcomed. The IOC and LOCOG received criticism for accepting the company as a partner for the London Games. Human Rights activists have been campaigning to get Dow Chemicals to clean up the contamination in Bhopal, Madhya Pradesh, India, where gas leak at a Union Carbide plant in 1984 killed 2,259 people.

There are 26 sports and a total of 39 disciplines being featured in the London 2012 Olympic Games. These are:

For the first time, Women’s Boxing is included in the events, with 36 athletes competing in three different weight classes. There is a special dispensation to allow the various shooting events to go ahead, which would otherwise be illegal under UK gun law. In Tennis, mixed doubles returns to the Olympics for the first time since 1924. 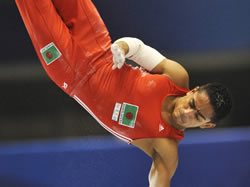 Bangladesh will be sending participants for events in Archery, Athletics, Gymnastics – Artistic, Shooting and Swimming. Emdadul Haque Milon is the Archery contestant; Sharmin Ratn in Shooting, Syque Caesar is the gymnast and Mohan Khan as an all rounder in Athletics. 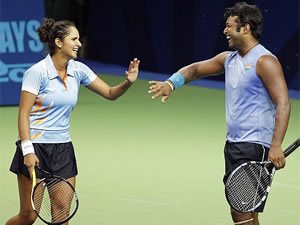 India will be taking part in Archery, Athletics, Badminton, Boxing, Field Hockey, Judo, Rowing, Shooting, Swimming, Table Tennis, Tennis, Weightlifting and Wrestling. India is sending an 81-member athlete team to London, this will be India’s largest contingent ever at the games.

With the main hopeful for India’s Gold medals being in Shooting, athletes such as Geeta Phogat will be participating in the Wrestling; Katulu Ravi Kumar in the Men’s Weightlifting; Leander Paes and Sania Mirza in the mixed Tennis doubles; the Indian Men’s Hockey team who qualified for the Olympics after winning a qualifying tournament against France with a score of 8–1, and Vijender Singh in the Middleweight Boxing. 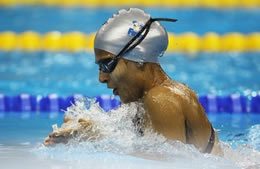 Pakistan’s events at the 2012 Olympics will be Athletics, Field Hockey, Shooting and Swimming. Rabia Ashiq will be running the Women’s 800 metres race in Athletics; Khurram Inam will be taking part in the Shooting; Anum Bandey in the Women’s 400 metre Swimming Individual Medley and Pakistan’s Men’s Hockey team will be in full force after ensuring its place after winning a gold medal in the 2010 Asian Games held in Guangzhou, China.

Sri Lanka has contestants in Athletics, Badminton, Shooting and Swimming. Christine Merrill will be running the 400 metre hurdles in track events; Niluka Karunaratne will be playing in the Men’s Badminton singles; Reshika Udugampola will be swimming in the Women’s 100 metre freestyle and Mangala Samarakoone will be participating in Shooting events.

Key names being watched out for at the events include Usain Bolt, the Jamaican runner, who is dubbed as the fastest man on the planet. In a race in June 2012, Usain Bolt won the 100 metres in 9.79 seconds.

As the Olympic torch has made it’s way around the UK, Asian torch bearers were seen holding it with pride. Popular Asian locations such as Southall received the torch en route. 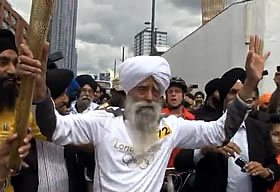 Amongst others, ‘Bend It like Beckham’ director Gurinder Chadha carried the Olympic torch on Saturday 23rd June 2012, when she ran the Blackpool to Manchester segment near Burnley of the route. At the age of 101, Fauja Singh, a resident of East London was selected to carry the torch as it traveled through London. He began running at the age of 86 in order to keep himself occupied and ran his first marathon at the age of 89.

On the note of food at the Games, at the dining halls for the athletes, there are different food zones including Best of Britain, Europe, the Americas and Mediterranean; Asian, and Afro-Caribbean. The zones will be serving up specialities round the clock. Halal, kosher, low salt or allergen-free products shall also be made available.

The Olympics happen every four years and the UK is in for a treat with this sporting extravaganza.

Baldev enjoys sports, reading and meeting people of interest. In between his social life he loves to write. He quotes Groucho Marx - "The two most engaging powers of an author are to make new things familiar, and familiar things new."
Amir Khan loses title to Garcia
2012 Olympics Medals Galore