Leander Paes & Mahesh Bhupathi to be in Web Series

Indian tennis stars Leander Paes and Mahesh Bhupathi are set to reunite, this time in a web series that will stream on ZEE5.

"Do you think it’s time to write another chapter?"

Legendary tennis stars Leander Paes and Mahesh Bhupathi are set to appear in a web series together.

The tennis players had attracted online attention on July 4, 2021, when they reminisced about their famous Wimbledon victory in 1999.

On the 22nd anniversary of their doubles win, the pair, popularly known as LeeHesh, hinted at something special.

Leander had tweeted: “As two young boys all we dreamt of was making our country proud!”

Mahesh then replied: “Hmmm…That was special!! Do you think it’s time to write another chapter? @Leander#LeeHesh.”

This sent Twitter into a frenzy, with users eager to find out what the pair were up to.

It has now been revealed that the pair will reunite, but not on the tennis court.

Instead, Leander Paes and Mahesh Bhupathi will appear together in a new ZEE5 web series.

The show comes from husband and wife duo Ashwiny Iyer Tiwari and Dangal director Nitesh Tiwari, who will be directing together for the first time. 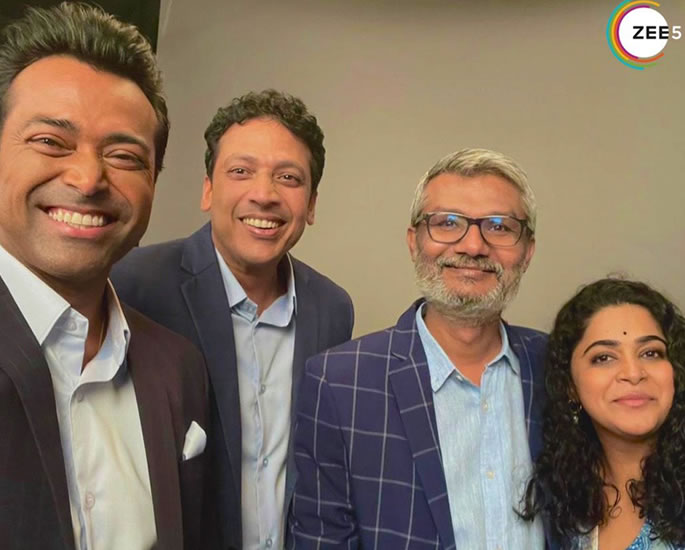 The show will tell unique stories from the duo’s tennis journey as well as their relationship on and off the court.

Leander Paes shared a picture of the duo with the directors and wrote:

“The incredible journey of my partnership with @mbhupathi, with its ups and downs is coming to your screens through the lens of this extraordinary filmmaker duo @ashwinyiyertiwari and @niteshtiwari22. Coming soon on #ZEE5. #LeeHesh.”

It has been described as “The Untold Story of Paes and Bhupathi”.

The tennis pair made history in 1999 when they became the first Indian pair to win Wimbledon.

That same year, they had won the French Open.

Leander and Mahesh had also become the first doubles team to reach the final of all four Grand Slams.

It was the first time such a feat was achieved in the open era.

Leander and Mahesh played together from 1994 to 2006, winning three Grand Slams together.

The pair had been embroiled in a public feud but it ended after Leander praised captain Mahesh after his Davis Cup win.

His wife Ashwiny Iyer Tiwari is known for directing the likes of Bareilly Ki Barfi and Panga.

Dhiren is a journalism graduate with a passion for gaming, watching films and sports. He also enjoys cooking from time to time. His motto is to “Live life one day at a time.”
20 Bollywood Chick Flicks Every Girl Must Watch
Taapsee Pannu’s Parents want her to ‘just get married’