"We all miss him and are very proud of him. He lived and breathed music."

Late Pandit Ravi Shankar was honoured during the 55th annual Grammy Awards held at the Staples Centre in Los Angeles, USA on 10th February 2013. He won an award for the album The Living Rooms Sessions Part 1 in the ‘Best World Music Album’ category. Panditji was competing with daughter Anoushka who was nominated in the same category for her album Traveller [2011].

Grammy also honoured Pandit Ravi Shankar with a posthumous ‘Lifetime Achievement Award.’ The late Ravi Shankar who sadly passed away at the age of ninety-two on 11th December 2012 was told of this award a week before his death. 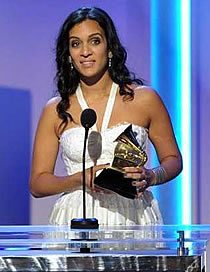 His youngest daughter Anoushka once again missed out on a Grammy in 2013 having previously been nominated for this prestigious award on three separate occasions. In 2003 she was the youngest and first ever women to have been nominated in the ‘World Music’ category. Anoushka was also the first Indian to play at the Grammy Awards in February 2006.

Sitarist Anouskha was obviously more than happy to lose the best album trophy to her dad. Anouskha said: “It’s okay to lose when you lose against your father?!”

Remembering her father, she added: It’s an honour to be picking this up for him, I wish he was here to do it himself.”

Fond of the fact that her father continued to record music right up to his demise, she said: “He recorded this [The Living Rooms Sessions Part 1] when I believe he was 91, he released it when he was 92 on a record label he set up when he was 89! It’s such an inspiration.”

Anoushka told everyone how her mother was the pillar behind her dad. “If he was here he would thank my mum because she was the strength and care behind him for him to go on that long and she doesn’t want to take the recognition for it but she really did so much for all of this.”

Eldest daughter Norah Jones was with her father when he received the exciting news about being honoured with the ‘Lifetime Achievement Award.’ She said:

“He knew about it and was very happy, and also that he and my sister, Anoushka, were both nominated in the same category for a Grammy (this year) was a special thing as well. I will forever be discovering and rediscovering his music from all walks of his long and amazing life.” 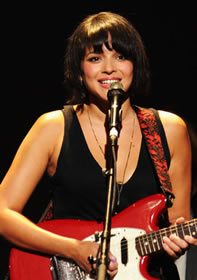 The thirty-three year old singer speaking about her father and his love for music said: “We all miss him and are very proud of him. He lived and breathed music. He was tapping out Rhythms on the breakfast table and making me do five over seven. I am still trying to get it.”

Ravi Shankar is now a five-time Grammy Award winner. He won his first Grammy in 1968 for ‘Best Chamber Music Performance’ for West Meets East [1967], which was a collaboration with renowned violinist Yehudi Menuhin. In 1973 he was conferred with a second Grammy for ‘Album of the Year’ for Concert for Bangladesh [1970]. Organised by Beatles George Harrison, this was one of the most successful concert albums of that time.

In 2002 he received his third Grammy Award for Full Circle: Carnegie Hall [2000] in the ‘Best World Music Album’ category. Soon after receiving this award, he went on tour with his daughter Anoushka. He had been on numerous tours with Anoushka since 1995. Ravi Shankar performed his final concert with Anoushka at the Terrace Theatre in Long Beach, California on 4th Novemebr 2012. 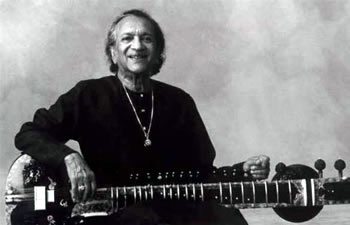 Ravi Shankar joins a rich club of artists who have been honoured with a Grammy after death. The list includes the likes of Canadian pianist Glenn Gould [1932-1982] and American singer Patti Page [1927-2013] who were awarded a Grammy ‘Lifetime Achievement Award’ in 1983 and 2013 respectively.

Anouskha Shankar following in her father’s footsteps has established herself too as a sitar virtuoso. She has performed in many countries including the UK and USA. She began learning to play the sitar from her father at the age of nine and grew up in London, Delhi and California. So, as a child prodigy she continues the legacy of her father playing the same instrument to delight audiences with her wonderful skill as a sitar player.

Nora Jones concentrated on her singing career and adopted the world of Western music as her forte. Playing guitar and song writing, Nora’s career started in 2002 with the release of her commercially successful and critically acclaimed album Come Away with Me, which was a fusion of jazz, pop, and country music. The album sold over 26 million copies reaching the diamond mark in sales. She won five Grammy Awards with the album, including the Album of the Year, Record of the Year, and Best New Artist.

Even though Ravi Shankar has left this world his legacy will live on, inspiring a generation of music enthusiasts. His musical artistry will never be forgotten, especially his influence on The Beatles and introducing Indian classical music to the West.

Ravi Shankar was gem of a man who made a big impact not only by his music but also by his persona. Fans look forward to seeing more live shows organised by the Ravi Shankar Foundation in the future, including concerts featuring Anoushka Shankar and Norah Jones.

Faisal has creative experience in the fusion of media and communication and research which increase awareness of global issues in post-conflict, emerging and democratic societies. His life motto is: "persevere, for success is near..."
Priyanka releases video for In My City
Sunny Jain and his Red Baraat Band